Creggs unlikely to be impacted by domestic rugby season suspension

The chairperson of Creggs RFC is confident that the decision by the IRFU to conclude the domestic rugby season as a result of Covid-19 won’t have any impact on the club.

The biggest casualty will be the club’s development squad who were challenging for promotion to 1B of the Connacht Junior League. Underage club teams had just started their respective cup campaigns, while the club’s lotto has been suspended.

“We had put a huge focus on our development squad this year. To have two squads in 1A and 1B next season would have been a big thing for us,” Aidan Farrell told the Herald.

“But we don’t envisage any short-term or long-term damage. The season was beginning to wind down for the summer months anyway,” he pointed out.

It has been another hugely progressive year for the club on the Galway/Roscommon border. The first team retained their Cawley Cup title, while numerous club players were part of the Roscommon CBS team that won a second Junior A Cup in five years a few weeks ago. The club also officially opened its new World Rugby approved 3G pitch, which has been in constant demand over the past number of months.

“The club is thriving, and while it’s disappointing that everything ground to a halt pretty much overnight, we’re still in a good place. We have no employees to be paid and we have no major bills to pay.

“Our 3G pitch will allow us to start up tag rugby when we’re allowed to, and that will be a great social outlet for the club. It’s not gender, age or ability sensitive, so it promises to be great run when the country is given the go-ahead to get going again,” continued Mr Farrell.

As a result of the IRFU’s decision, there will be no promotion or relegation in the respective Connacht Rugby Leagues for 2019/20. All teams will remain in the leagues they are currently in for 2020/21.

In the respective cup competitions where the two finalists are known, the cups will be shared with the two teams who have reached the final. In particular, this applies to the Connacht Junior Cup.

This also applies to the respective Connacht Schools competitions as there were a number of cups and leagues outstanding.

In total 69 leagues and cups were held across adult, schools and youth rugby in the province this season.

“We would encourage every member of our clubs and schools to continue to adhere to the advice of the HSE and the Irish Government in relation to the current Covid-19 outbreak, particularly with regards to social distancing at all ages.

“Never before has the sense of community been more important to all of us. Please continue to look out for the vulnerable people within your localities and above all, stay safe.” 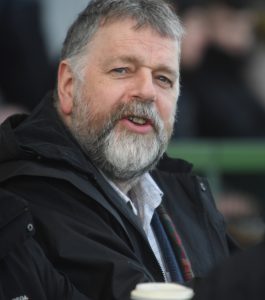 Creggs RFC President Aidan Farrell doesn’t envisage the postponement of the domestic rugby season having an impact on the club.