The GAA has confirmed that the opening match in this year’s Connacht Senior Football Championship between London and Roscommon has been cancelled as a result of Coronavirus.

Anthony Cunningham’s side were scheduled to open the defence of the Nestor Cup on Saturday, May 2nd, at McGovern Park, Ruislip, but the GAA has said that the match will not take place on that date.  Galway’s trip to New York had already been called off a few weeks ago

The GAA also added that it has no plans just yet to alter the format of this year’s football and hurling championships.

“The current situation is that there are no changes to any of our championship structures,” Fergal McGill, GAA Director of Player, Club and Games Administration, told RTE’s Morning Ireland.

“They are due to start on May 10th, which is well outside the April 19th date that the government has flagged, so that’s still a possibility at this point.”

However, there is growing speculation that GAA activity will not resume until June at the earliest, meaning that a knockout format will be the only realistic way to get this year’s championships played off on time. 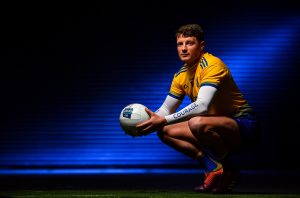 Conor Cox and his Roscommon team-mates won’t be opening the defence of their Connacht senior football title in London in early May.