Conor was ‘a special talent’

The “little village” will be a quieter place without Conor Connelly.

Despite a career that involved stints with Michael Glaveys, St. Jude’s and Ballycumber, Connelly never forgot his roots in Creggs.

As a 17-year-old, he played in the drawn 1993 junior decider against St. Michael’s, only to roll his ankle a few days later and miss the replay. Towards the end of his career, he returned to a Creggs team that were edged out by St. Barry’s in another county final.

But he was always there to lend a hand. Before Creggs finally reached their Holy Grail in 2016, they trained in Ballycumber where Connelly inspired them with a “few choice words” ahead of their date with destiny against Kilglass Gaels.

Ger Dowd knew him better than most. He met Conor for the first time in 1982, having just moved to Creggs National School. It was the beginning of a strong relationship that remained intact for nearly 40 years.

“He was bright, bubbly young fella in First Class. He was very smart academically. He was head of his class.

“But you could see straight away that he loved football. When he was in Fourth Class, he was making the school team, and we had around 120 pupils at the time. He was a special talent, above the ordinary.”

An able goalkeeper for United Stars when they had no one else to deputise between the sticks, he belied his youthfulness.

“You couldn’t put him outfield because he was too light. But we didn’t have a goalkeeper and Conor was the only lad we could use. He was only 15 or 16 at the time but he was telling much older lads in front of him what to do. He had a great positional sense.

“He just loved Creggs. I remember after winning the county final in 2016, one of the last people I met that night at around 4 a.m. was Conor. He wasn’t directly involved in the team but he was just so thrilled that we had finally won a county title.

“It’s just a terrible tragedy, especially for his young family. His parents Jimmy and Nora have been part of the fabric in our community. His brothers James and Darragh were excellent footballers. We’ll give them all the support we can,” he promised. 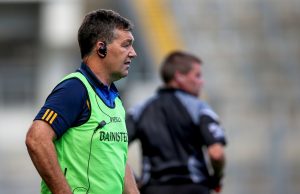