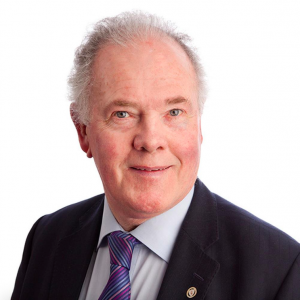 A former county councillor has claimed he was coughed on and verbally abused by a man in Roscommon Town last Tuesday.

Paddy Kilduff was collecting medicine from a pharmacy in town when the stranger, whom he reckoned was in his mid-twenties, approached him and purposefully coughed at him.

“He just came up, turned into me and coughed. I could feel the spittle and everything on my face,” Paddy told the Roscommon Herald. The 71-year-old former councillor said he did not recognise the man, who proceeded to say to him: “I hope you get the virus and die.” Paddy said he was not too shaken by the ordeal but, given the current pandemic, the offence should be dealt with using the “full rigours of the law.”

Gardaí in Roscommon Town confirmed they are investigating a “coughing incident” that took place shortly after half-past three on March 24.
A garda spokesman said: “It’s understood the injured party was waiting in a queue outside a shop when the incident occurred. Gardaí have declined to reveal the identity of the injured party and have repeated their investigations are ongoing.”

Paddy said he could not believe that there seems to be a number of people throughout the country that have taken to coughing and spitting in people’s faces since this pandemic began.
“They have to be very sick in their mind to get some kind of kick or pleasure out of that. To do that to another human being is gross,” he said.
“To be quite honest, if he has the virus it is the same as sticking the knife in you,” he added.
Paddy said while he has developed a bit of a cough, he doubts it is a virus or related to the incident. However, he added: “I am not foolish. I will be monitoring it.”