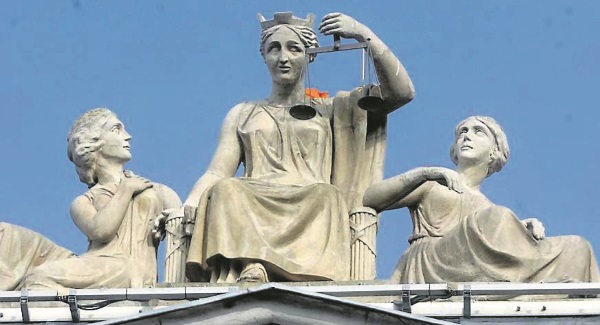 A 54-year-old man accused of a knife attack on a family which resulted in one woman having to undergo nine hours of emergency surgery is to face trial.

The Director of Public Prosecutions has directed that Thomas O’Sullivan of Silvercourt, Silversprings, Cork – who appeared by video link from prison at Cork District Court – is to face trial by indictment.

Sergeant Gearóid Davis said: “Directions have been received from the DPP and they are for prosecution on indictment at Cork Circuit Criminal Court and there is also consent to accept a signed plea of guilty should that arise.”

Frank Buttimer, defence solicitor, asked for the case to be put back so that he could advise O’Sullivan on his options.

Judge Olann Kelleher adjourned the case until Apr 6 for that purpose.

O’Sullivan is charged with three separate counts of assault causing harm to a 47-year-old woman, her 20-year-old daughter and her 10-year-old son.

O’Sullivan is charged with assault causing harm to all three at an address in Cork city on December 23, contrary to the Non-Fatal Offences Against the Person Act 1997.

At the first hearing, Inspector Sean McCarthy said gardai were anxious to protect the anonymity of the child who was only ten years old. O’Sullivan was refused bail.

Detective Garda Dermot Crowley gave evidence of arrest, charge and caution and told the court that Mr O’Sullivan made no reply to the first two charges of assaulting the woman and her daughter. To the charge of assaulting the ten-year-old, he replied: “I didn’t think I assaulted him — I know it’s six of one, half a dozen of the other but I didn’t think I assaulted him.”

He said all three had to be treated for their injuries at Cork University Hospital where the older woman had to undergo emergency surgery, lasting nine hours to treat the injuries she had suffered in the attack.