Crystal ball gazing: the weekend that football comes back to Roscommon

Picture the scene. It’s December 2020, and after eight gruelling months of isolation, the country is not what it once was. There’s still no collective training, Dr. Fergal Bowers is seen mouthing the words “help me” at the end of every news broadcast, of which there are 81 each day, and every adult male aged between 22 and 58 has now started their own podcast. 36% of these new podcasts are about new recipes for home-baked sourdough bread.

Still, there’s light at the end of the tunnel. The Roscommon county board has finally got the green light to run the year’s senior football championship, the previous weekend having been earmarked for intercounty games.

On that previous weekend, the country officially came out of lockdown and since the Saturday involved every able-bodied human spending the day in the pub trying to get Ireland’s annual alcohol consumption level back up to something close to the usual level, the GAA decided to go straight to an All-Ireland final on the Sunday, in order to get one good pay day.

A lucky dip took place to see which two counties qualified to play for the big prize in Croke Park and Mayo fans thought their luck was in when they were drawn out to play Waterford in the decider. 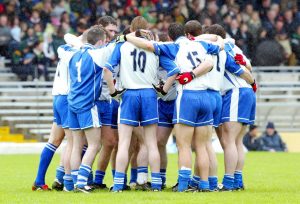 Tickets changed hands for nearly €5,000 each as every Mayo supporter in the country tried to be there to see the curse of 1951 broken at long last, but then four first half own goals saw them with a mountain to climb after the break. They almost did it too, but a late 20 metre free from Cillian O’Connor hit the post, and it finished 4-4 to 0-15 to Waterford. Later that night supporters of the Connacht county are seen going back into quarantine voluntarily, having lost interest in interacting with the wider world.

Now it’s time for the club action, and it’s been decided here in Roscommon that the Fahey Cup will be handed out following a weekend-long blitz, with games taking place all around the county.

There’s dismay in both camps as it emerges that St. Joseph’s lawnmower didn’t start when they tried to operate it, so local sheep were drafted in to make the pitch playable, with mixed results. An early clash with a ewe that got missed in the long grass means that Daniel Malone is ruled out through injury, and Tulsk take advantage of their opponents’ depleted attack. Final score: Tulsk 1-6, St. Croan’s 0-8. 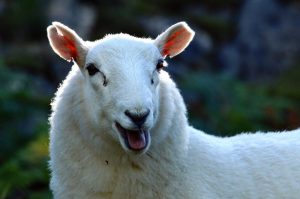 Boyle vs Strokestown in Kilglass

Boyle manager Basil Mannion has decided to delve deep into his back of psychological tricks over the summer, as each player was issued with their own four foot poster of Pádraig Pearses winning team from last year’s county final, and a special youtube clip which is a picture of the three Daly brothers tackling a player, overlaid with the sound of wolves feasting on some prey. Their instructions are to watch it for an hour every night while eating raw steak in a dark room.

The team that emerges from the bus they’ve leased from the prison service has more facial hair than body fat, while Mannion’s team talk involves nothing more than repeating the words “don’t be bullied” into a loudspeaker over and over.

Seven Strokestown players are just off the plane from America, having made their escape just before Supreme Leader Donald Trump announced that all Democrat-voting states are to be turned into leper colonies, yet not even an American border guard can compare to the ferocity of the Boyle players once they’re released from their special holding cages. Final score: Boyle 6-11, Strokestown 2-2.

Roscommon Gaels vs Fuerty in Oran

The country has survived a pandemic and the world is a completely transformed place, but some things never change. Roscommon Gaels look devastating in the first round, as 12 different players get on the scoresheet in a one-sided local derby game. After the game manager pleads frantically with the Roscommon Herald and the local bookmakers not to make his team favourites for the championship, all to no avail. Final score: Roscommon Gaels 2-21, Fuerty 1-10.

At half time Western Gaels lead by ten points and it seems like they’ve used their eight-month sabbatical to finally figure out how to beat the men from Kiltoom. They’re moving the ball freely, and St. Brigid’s look all out of ideas and energy. Then Frankie Dolan comes off the bench, having spent the last six months doing his postal round on a bicycle in order to regain his fitness. Suddenly he seems fitter than everyone else (admittedly the majority of the rest of the players on the field have been confined to their homes for the year) and a second half hat-trick helps send the game into extra time. Western Gaels supporters start frantically doing novenas trying to break the curse that seems to have a grip on them, but it’s all to no avail. A controversial late free sends St. Brigid’s through to the quarter-final. Final score: St. Brigid’s 3-11, Western Gaels 1-16 after extra time. 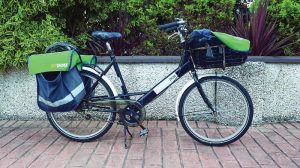 Roscommon Gaels vs Elphin in Strokestown

Another sumptuous attacking display under lights means that the Gaels’ express keeps on rolling. Supporters are heard to lament that there won’t be a club All-Ireland this year, since they’re playing unbelievable stuff. Admittedly, Elphin were in a bad place coming into the game. Once the riots started following the closure of the bank in town and they reverted to a barter system of trade, society moved in some strange directions up there. Final score: Roscommon Gaels 4-18, Elphin 3-5.

Boyle vs Michael Glaveys in Lisnamult

It’s hard to know what took a bigger toll on the Glaveys lads – a year of being unable to train, or the celebrations that took place in the locality following Waterford’s win in the All-Ireland the previous week. Most of the team spent the previous Sunday night in Ballyhaunis taunting the locals, leading to a good proportion of them spending Monday either recovering in hospital or sobering up in prison as a result of the on-street riots that followed.

The entire Western Gaels club turns up to watch the game to show solidarity for the Michael Glaveys players and their actions, united in their anti-Mayo feeling, but it’s all to no avail. Final score: Boyle 1-16, Michael Glaveys 2-8.

Cries of “fix” ring out around the room as these two old rivals are drawn to meet each other, while treasurer David O’Connor tries in vain to look shocked as the two names are placed beside each other on the board.

Naturally, it’s a classic, played out in front of a full house. As Bill Hicks once joked, only two things will survive an apocalypse – Keith Richards (Rolling Stones guitarist) and cockroaches. He could have added a third, that being Brigid’s vs Clann matches. Clann steal victory thanks to a late goal from Cathal Callinan, and immediately Twitter’s share price plummets as their servers are unlikely to be able to handle the increased traffic that’s on the way. Final score: Clann na nGael 2-13, St. Brigid’s 2-12.

Pádraig Pearses vs Tulsk in Kiltoom

Pearses with a county title under their belt are a bit like a dog that has spent fifteen minutes chasing a car, but now he’s caught it. What do you do from here?

Then early in the second half Conor Daly gets sent off for a second bookable offence and the champions’ old sense of injustice and outrage takes hold again. Tulsk are held scoreless for the half and a late goal from Conor Payne confirms the win. Final score: Padraig Pearses 2-9, Tulsk 1-8. 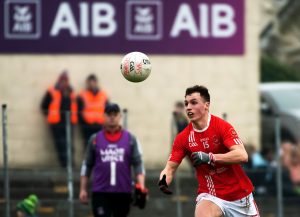 Pádraig Pearses vs Boyle in Castlerea

The ball is thrown in, and nearly five minutes pass before anyone notices it as fights break out all across the field. Frontline medical staff in the crowd break down in tears, they thought they were finally in for a quiet spell and some rest over Christmas.

Enda Smith gets fouled running in on goal and the Boyle crowd start baying for blood, increasing in volume when the free is missed. Five players are sent off in total and Boyle have an extra man in the closing stages but it doesn’t matter as Pearses get the last three points to win. Manager Pat Flanagan describes it a good hard game of championship football. Final score: Padraig Pearses 1-7, Boyle 1-5.

This is it. This is the time for Roscommon Gaels to show their talent on the big stage, taking on a Clann na nGael team that couldn’t resist the urge to celebrate their win over St. Brigid’s deep into the previous night.

But it doesn’t work that way, due to another unexpected Covid-19 fallout, combined with the slightly older age profile of the Gaels team. Nine months after the start of the lockdown, coronavirus treatment rooms are being repurposed as maternity wards everywhere, though oddly, the new baby boom is almost exclusively first-born children. It’s almost as if being locked into a house with children 24 hours a day proved to be a strong deterrent to existing parents to add to their brood.

Roscommon Gaels’ chances of winning the 2040 Fahey Cup are boosted by four new arrivals into the club, but the absence of four key players means they get edged out by Clann and miss out on the county final. Final score: Clann 0-14, Roscommon Gaels 0-12.

It’s been a gruelling weekend, but it’s all culminating in a traditional South Roscommon derby in the Hyde on the Sunday afternoon. Over 4,000 supporters turn out, a record crowd, many of them citing a downright refusal to spend any more time with their husbands or wives and a morbid fear of Christmas shopping, which has become something akin to the Hunger Games with just a couple of weeks in which to do it all.

The dressing rooms before the game are laced with the heady aroma of deep heat and Red Bull as players try to survive a third game in 24 hours, and even in the first quarter it’s clear that the players are out on their feet.

Thankfully, local hospitals have donated their surplus supply of oxygen tanks and masks to the county for the weekend and the value of this becomes clear as veterans Johnny Dunning and Sean Fahy spend the first 40 minutes taking in oxygen, then spring off the bench to run riot against exhausted defenders in the closing stages. 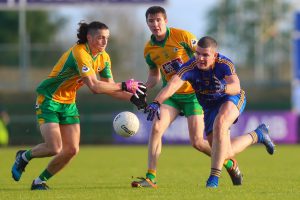 The man whose cough won the Fahey Cup. ©INPHO/Tommy Dickson

Then it all kicks off when Cathal Shine starts coughing, which since June has been deemed a criminal act, punishable by exile. Pearses scream for a red card, but while they protest, Jack Connaughton bursts forward and sets up Donie Shine for the winning goal. There’s still two minutes to play when the ball hits the net at the scoreboard end, but an emotional crowd spills onto the field, revelling in something positive to celebrate for the first time in what feels like forever.

The country has taken a hammering, there’s eight-week waiting lists to get a haircut and retail workers have decided to go into hibernation for two months to recover from their efforts over the past year, but at least there’s football again.

Roscommon power past Mayo to championship glory at MacHale Park