Following on from Wednesday’s announcement by the Board of Horse Racing Ireland that the 2019/2020 National Hunt season was to be cut short and that the Fairyhouse Easter Festival and the Punchestown Festival would not be rescheduled, the champions for the season have been confirmed.

Willie Mullins has secured the trainers’ championship for the 14th time. Paul Townend will be crowned champion jockey for the third time while Gigginstown House Stud is, once again, the champion owner.

Brian Kavanagh, Chief Executive of Horse Racing Ireland, sent his congratulations to all the champions, despite the circumstances surrounding Covid-19.

“While it is unfortunate, it was not possible to complete another thrilling season with the big festivals at Fairyhouse and Punchestown, since the season began last May we have been treated to some incredible memories and high-class performances.

“All of our champions are worthy winners and their achievements in the National Hunt season gone by will be officially recognised at the appropriate time and place in the future,” he said.

Racing at Roscommon Racecourse is scheduled to get underway for the season on Monday, May 11th. 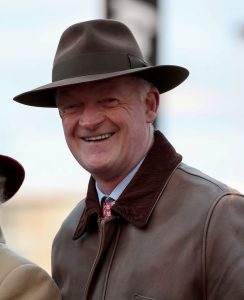