As the archives open: a Roscommon GAA wishlist

The news that the GAA have opened up their archive to allow people to view matches from bygone days has given supporters under lockdown plenty of options with regard to whiling away their time. However the games on offer are all the ones you might expect – All-Ireland finals, recent provincial finals, the games that caught all the headlines.

That led the Roscommon Herald to ask the question – if you could choose any game from the past to see again, but not necessarily one of the obvious choices (All-Ireland or Connacht final wins, for example), which one would it be? Please get in touch on twitter or facebook with your own suggestions, and don’t be afraid to use your imagination. Just be sure to tell us why you chose that game!

Okay, the year didn’t exactly carry on in this vein, but in terms of pure attacking football, it’s hard to beat scoring 4-25 in February, away from home to a team that had taken All-Ireland finalists Kerry to a replay in the Munster final the previous summer.

Edging out Kerry by a point in Killarney earlier in the month was sensational, but this was football from another world. 12 different Roscommon players got on the scoresheet as the team racked up the second-biggest winning margin in the history of Division One league football (under that structure) – though 12 months later, a certain dismal night in Croke Park against Dublin would eclipse that tally. 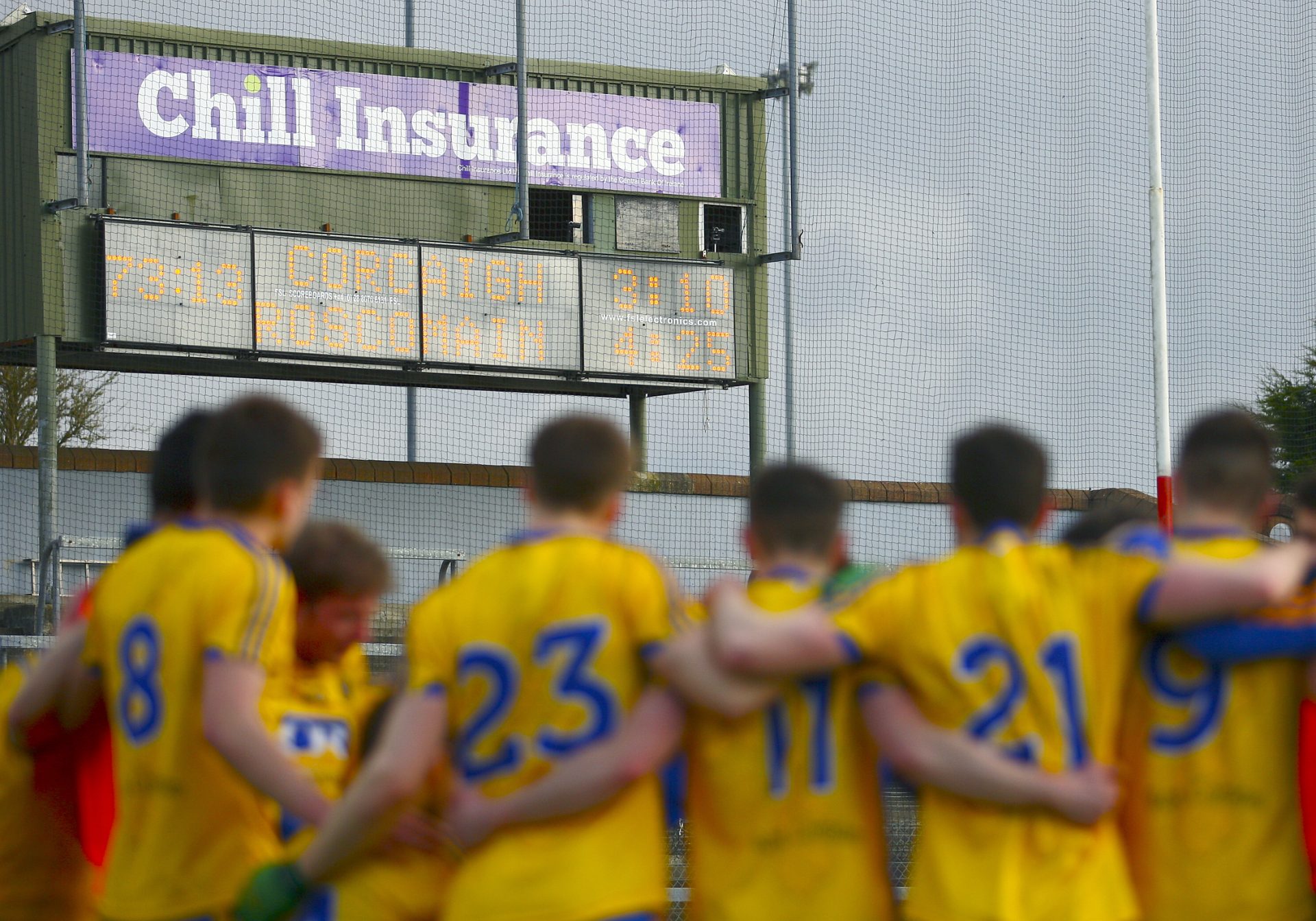 For the best part of a quarter of a century coming into this game, Leinster and Munster football champions ruled over their Connacht and Ulster counterparts with an iron fist. Following Galway’s third All-Ireland in a row in 1966, the same county’s two-point win over Offaly in 1973 was the only time that a Connacht or Ulster county beat a team from either of the other two provinces in an All-Ireland series game up until one week before this fixture, when two goals from Peter Withnail helped Down turn over Kerry in a massive shock.

Now it was Roscommon’s turn to try and turn the tables as they took on a Meath team that was playing in their ninth championship game of the summer, all at Croke Park.

For long stretches of the game, it looked like it would happen. Roscommon started well, then just when it looked like they were going to be reeled in, this happened.

The third quarter saw some great defensive play from Enon Gavin and Des Newton negate the influence of Colm O’Rourke and Bernard Flynn, while Gay Sheerin produced a superb save to deny Liam Hayes – but it wasn’t to be, as Brian Stafford ultimately kicked the winner. A painful watch, but still a high point for a county that arguably, has yet to come as close as that to the very top of the tree nationally. 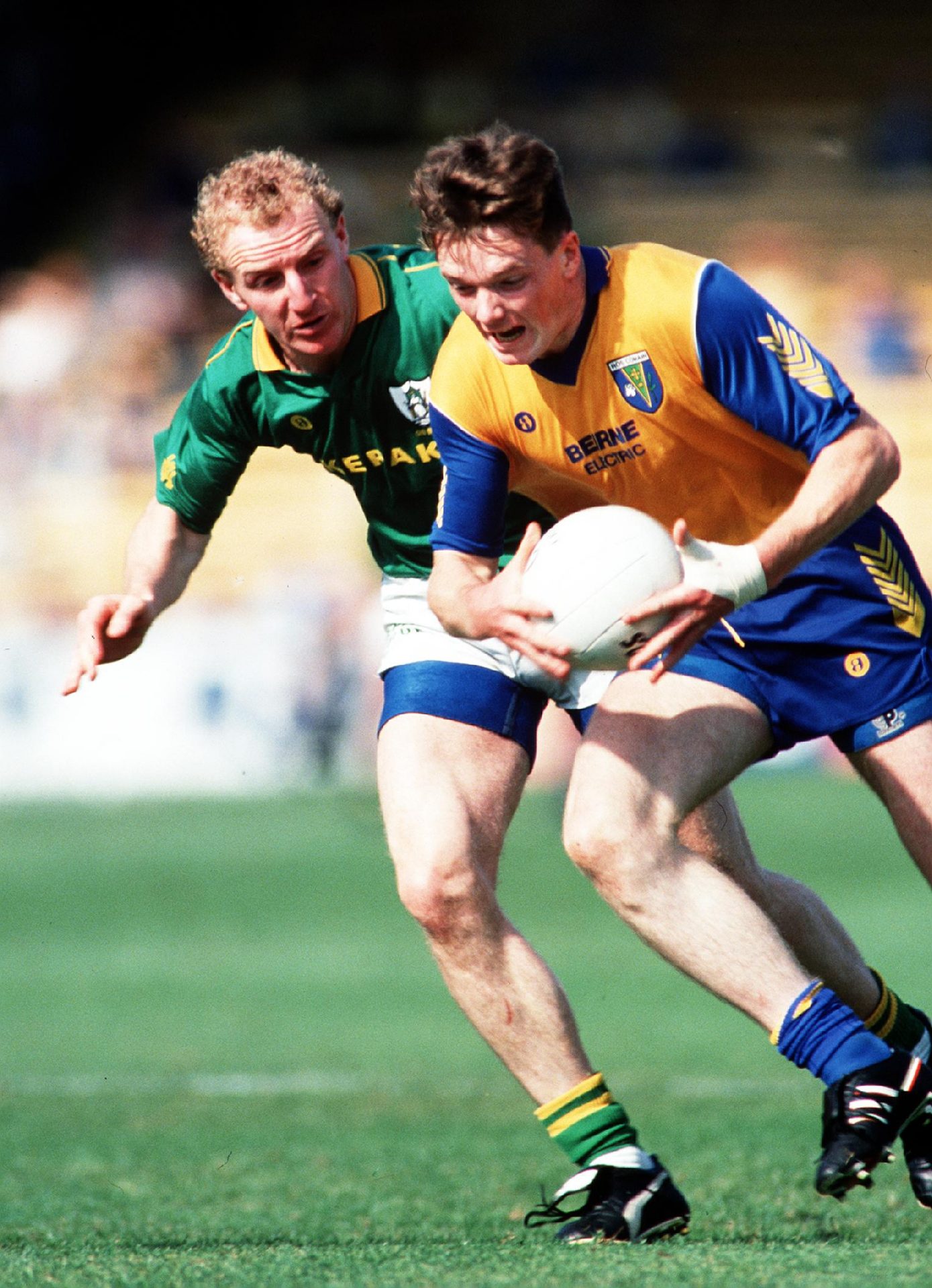 At some point, there’s no doubt that St. Brigid’s All-Ireland win in 2013 will be aired by one channel or another. Because their era of dominance arrived at a time when televised games were rare and televised club games almost non-existent, Clann na nGael can have no such hopes. It’s an unfortunate reality that when you lose four All-Ireland club finals in succession, that becomes the main story, instead of the manner in which they lorded the Western province, winning six provincial titles from 1984 to 1989.

Yet if there was one game from all that time that would make for fantastic viewing, it would be this replay in 1989. Aughawillan were led by club and county legend Mickey Quinn, who later spoke of being at the heart of what turned into a running battle involving players, subs, management and supporters.

Most argued that referee Frank Finan should not have allowed the game to go ahead as visibility was no more than 50 metres due to heavy fog, but he did, and 0-3 to 0-1 at half time became 0-6 to 0-2 at full time.

Because it would be nice to see this Clann team in action (albeit “seeing” wouldn’t be easy here!) and because of the nature of the game, this definitely makes our shortlist. 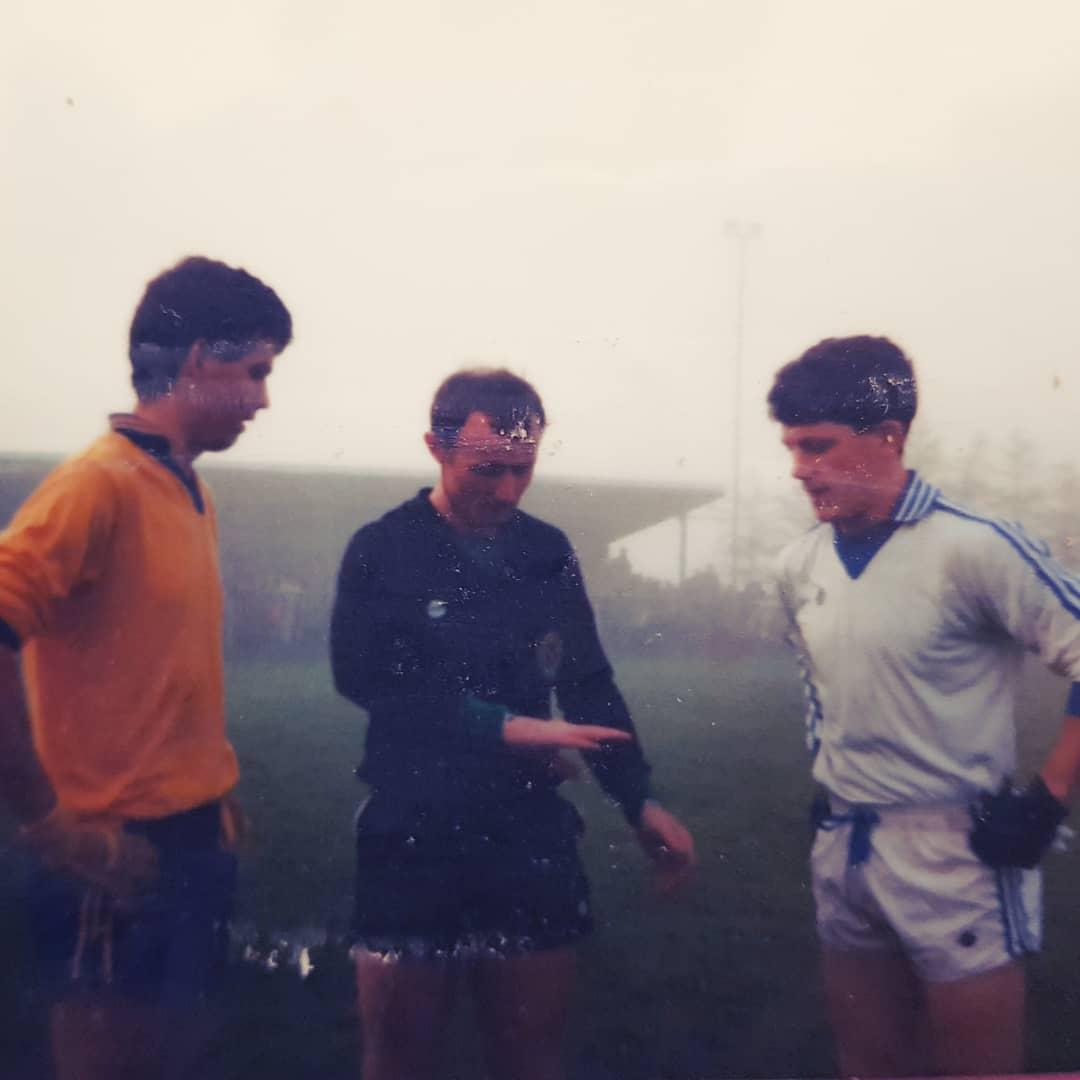 The calm before the storm on a winter Sunday in Johnstown. Picture from @ClannGAA

It could be argued that to this day, this remains the all-time high point for hurling in Roscommon. Galway were Liam MacCarthy cup winners in 1987 and 1988, and the previous year Athenry had 23 points to spare in the corresponding fixture against Pádraig Pearses. Four Roads had their name on the Connacht Roll of Honour but since it came about due to the Galway champions – Kiltormer – having to forfeit the game after picking up a 12-month suspension due to a club U-21 fixture, this was completely different.

In a memorable and incredible final quarter in Ballyforan, goals from Simon Coyle, Paul Dolan and Paddy Dolan were enough to secure a historic win, one which supporters and neutrals would no doubt love to see one more time. 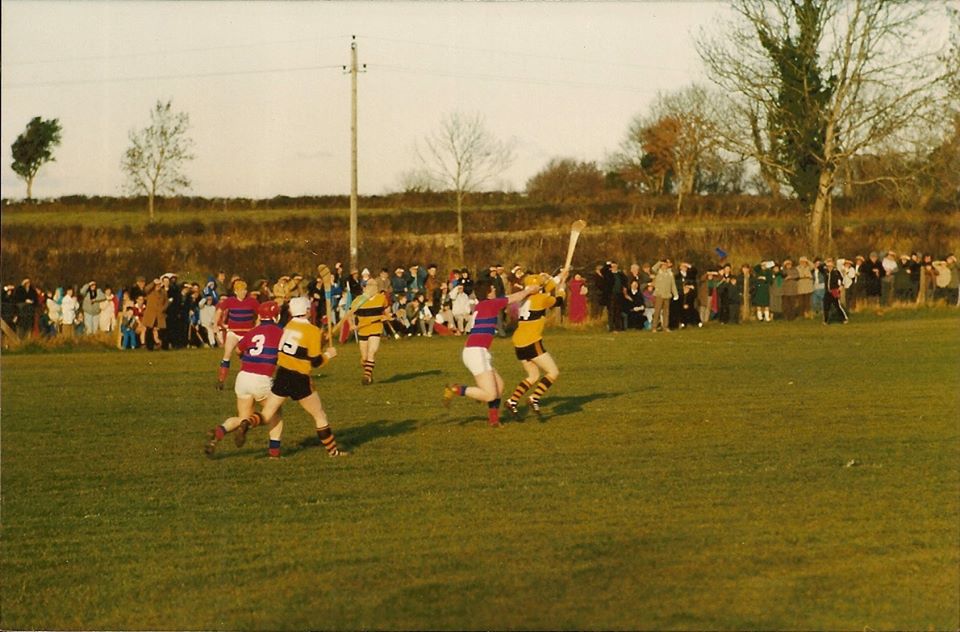 Action from the second half of the 1988 Connacht club hurling final. Picture: Frank Mee.

The date of September 11th is now associated with the attack on the twin towers in Manhattan all across the globe, with the possible exception of one corner of North Roscommon. In Kilmore, it’s the date in 1972 that the club was founded, and then 11 years later it was the date of their greatest triumph.

The Roscommon Herald recently looked back on Kilbride’s success in 2000, and it could be argued that in the last half a century, that game and this fixture in 1983 were the only time that genuinely small clubs got to the top of the tree in the county.

Add in the extra mystique from a club winning their first ever title in their history, not to mention the nature of the game where Kilmore struck late through Joe McEvoy to snatch the win, and it makes for a game that would surely be worth a second viewing. 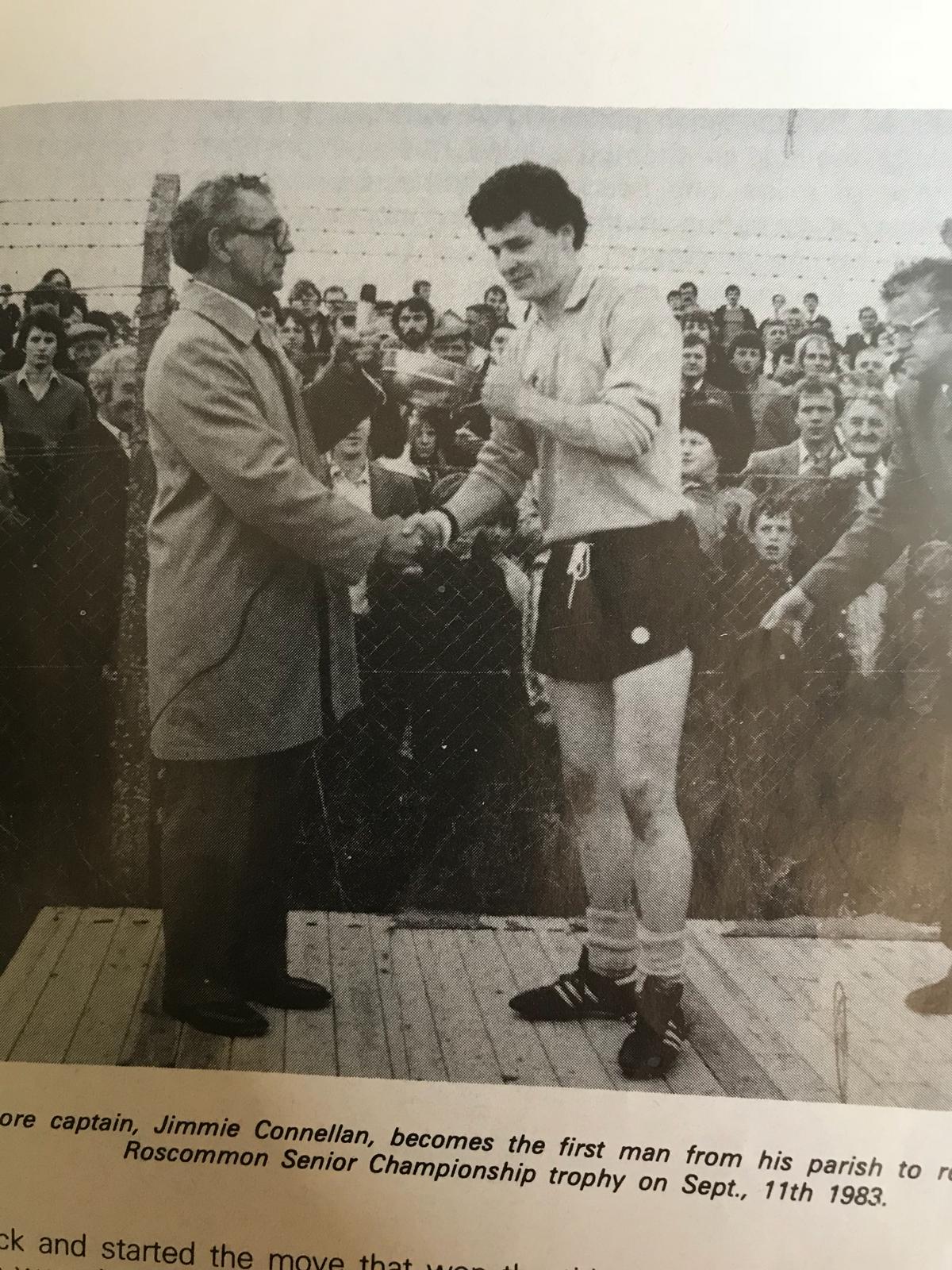 Kilmore captain Jimmy Connellan collects the silverware after the 1983 final.

To make your own suggestions, please get in touch through any of the Roscommon Herald social channels, or by email to [email protected]