Roscommon’s two-day race meeting on June 8th and 9th could be on course to be the first meaningful sporting action to take place in the county since the outbreak of the Covid-19 crisis, following the announcement of the five-step roadmap to opening up Irish society again, as outlined by an Taoiseach Leo Varadkar yesterday.Horse racing in Ireland falls under the government umbrella of the Department of Agriculture, Food & Marine rather than sport and so could be eligible to return under phase one of the new plan, which would allow for meetings to take place behind closed doors from May 18th onwards.

Roscommon racecourse was due to host its first meeting of the year next Monday, May 11th, however the second event of the summer, the June festival, could take place, subject to clarification from the government.

“All this needs to be clarified. It won’t be known, I suspect, until tomorrow when we will try and get more clarity on the situation,” said Horse Racing Ireland’s chief executive, Brian Kavanagh.

There have been reports that horse racing’s case for a quick resumption had received a favourable response at Friday’s cabinet meeting.

Meanwhile it’s also expected that Ireland’s golf courses will open up for action again on the same date, meaning that members of courses like Castlerea, Boyle, Carrick-on-Shannon, Ballyhaunis, Roscommon and Athlone can look forward to getting back out on the fairways. 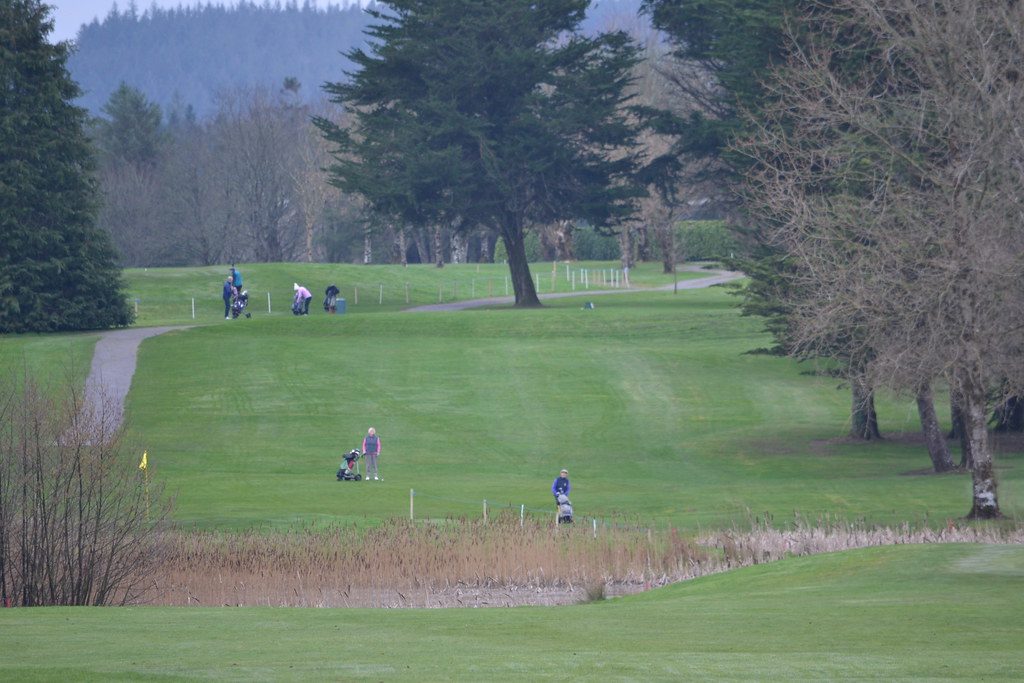 The sight of people walking the fairways of Roscommon’s golf courses may return later this month. Picture: Roscommongolfclub.ie

In a statement issued last night, Golf Ireland chief executive Mark Kennelly said: “The golf community in Ireland welcomes the Taoiseach’s confirmation that our clubs can reopen on a restricted basis in the first phase of the Government’s plan to ease the Covid-19 restrictions. This means that golf will be one of the first sports to resume and will give golf club members the opportunity to return to play on a limited but safe basis.

“Golf offers the potential to play a significant role in the recovery from this crisis in public health terms. Our sport provides a valuable outlet for healthy outdoor activity which can be enjoyed with the appropriate safety measures in place.

“We hope that, later in the year, golf can also make a valuable contribution to economic recovery, particularly in the domestic tourism sector.

Roscommon golf clubs eligible to apply for up to €10,000 in grant aid