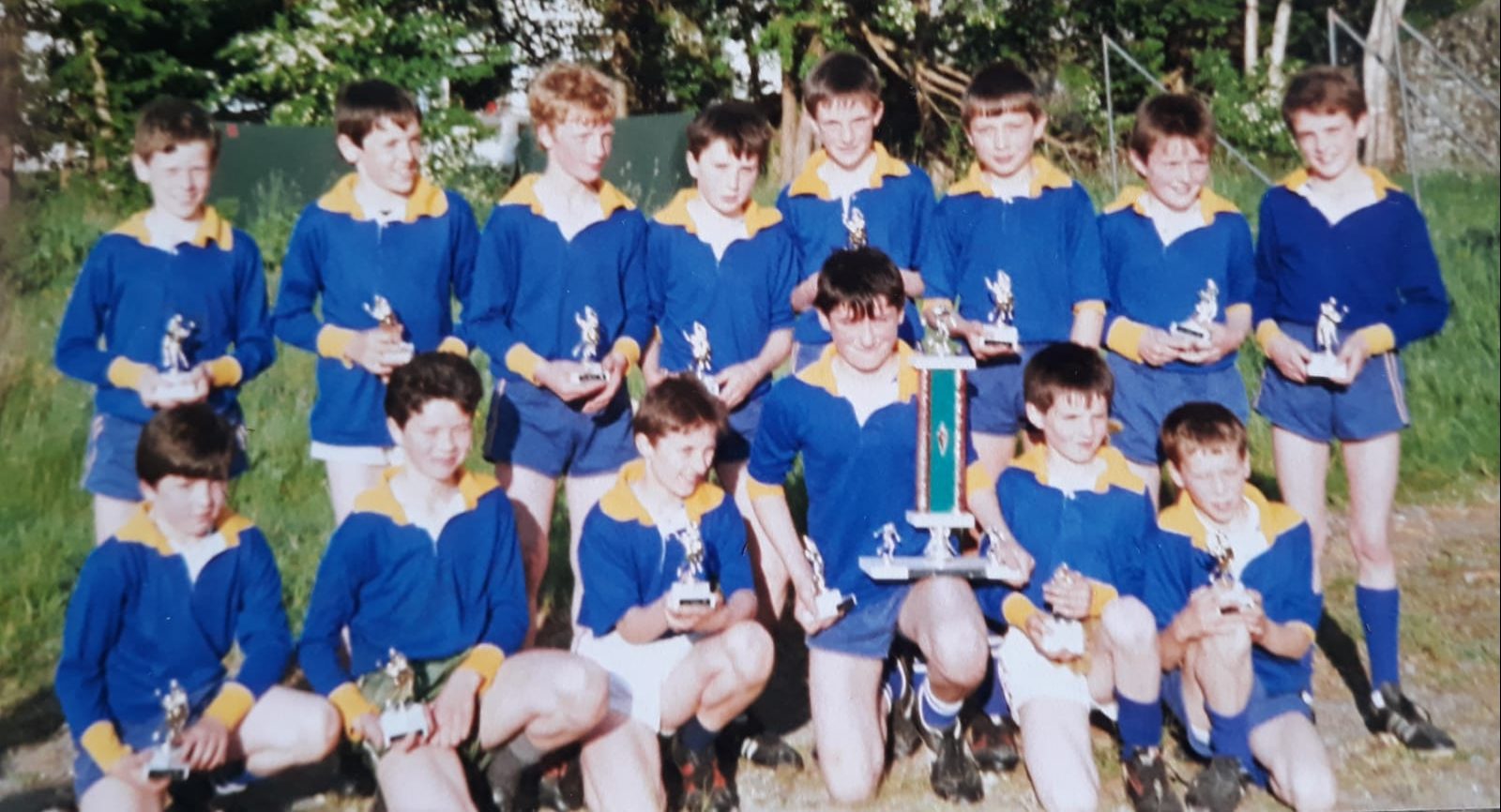 People often ask my where my love for the GAA came from.

My father often joked about winning a junior championship medal with St. Michael’s in the early seventies. Maybe it was because it appeared to come that bit easier to him, or that he happened to be on the right team at the right time.

Meanwhile I slaved away for years without reaching the mountain summit. Then, to top it all off, along came my twin brothers Seán and Tomás to land a Junior B Championship with St. Michael’s some years ago.

I never felt so isolated in my frenetic sporting world.

St. Teresa’s NS, Corrigeenroe, taught me everything I needed to know about Gaelic football. Or, to be precise, Principal Gerard Enright did.

Soccer was a “no go” area, although we’d chance our arm the odd time, perching someone on a lookout post on the school wall. When “The Master” emerged from his nearby house after lunch, the call would be made and suddenly we were allowed to pick up the ball again.

We had a cracking schools’ team but there was always one team better than us. We’d breeze through the Cumann na nBunscól championship in the north, only to be derailed by a physically stronger team from the west or south at the semi-final stage.

I once remember scoring 11-4 from full-forward in a game against Frenchpark in Croghan. Nobody else was counting, except me.

Our goalkeeper became so bored during the match that he started swinging out of the goalposts, only to bring the whole lot down. Luckily, he wasn’t injured but it was a brilliant idea to stop the opposition from scoring. That’s how far we were ahead of our opponents in terms of our thinking.

There was a bit of Tyrone in us – pure ruthless and we knew every trick in the book!

During my time in the school, we reached at least four county semi-finals in succession. We were beaten every time. My losing streak in big games mushroomed from an early age.

But I just loved football. I turned the lawn in front of our house into my field of dreams. I was Roscommon, I was the opposition and I was the commentator. The opposition never won.

Long before video analysis became part and parcel of Gaelic games, Master Enright would sit us down and show us videos of the great Kerry teams of the late seventies and eighties. We modelled our game on Kerry’s ability, under Mick O’Dwyer, to move the ball quickly. Jack O’Shea was my first footballing hero.

When John Egan or Mikey Sheehy would get the ball and stick it in the back of the net, Master Enright might deduce that it was a brilliant finish from “young Cooney” who was plying his trade at corner-forward at the time. Always thinking outside the box.

When the Feelystone tournament was resurrected in Boyle in the late eighties, we won the competition for two years on the bounce, beating Keadue/Strabaggan in the final on both occasions.

Given that we had players from St. Michael’s, Eastern Harps and Boyle on our team, beating the hosts in the semi-final one year gave us immense satisfaction.

Noel Casey, brother of former Roscommon player David, was Boyle’s main man. He was a powerhouse and I remember him hitting the crossbar against us on a horribly wet evening in the Abbey Park. Our poor goalkeeper received an extra drenching for his trouble. For once, we had luck on our side but it wouldn’t last long.

In my final year, once again we reached the semi-final, this time against Fuerty National School. We had a team good enough to win but the Gods were destined to conspire against us.

Our team captain, Francis ‘The Horse’ Candon from Ballinafad broke his hand a few weeks beforehand. The “will he or won’t he play” conundrum was finally resolved, and we were without our full-back, our lynchpin, for the most important game of the season.

Whatever Master Enright saw in me, I was the anointed one — the replacement number 3. I had never played there and I didn’t have the physique, especially against those big hurling lads from Fuerty.

We stayed with our southern neighbours in the opening half but they pulled away to win comfortably. Our totemic midfielder Michael Healy saw red for a rush of blood to the head, and that was it — I would end my national school years without a county medal.

But there was one consolation. I had played a blinder and Master Enright acknowledged as much publicly in the Tulsk dressing rooms afterwards in what was my final game for the school. I had bowed out on a high, despite another crushing defeat.

But I had done my internship in what I always described as a “nursery” for Gaelic football, tucked away in the beautiful North Roscommon countryside.

It set me up for my continued love of the GAA.