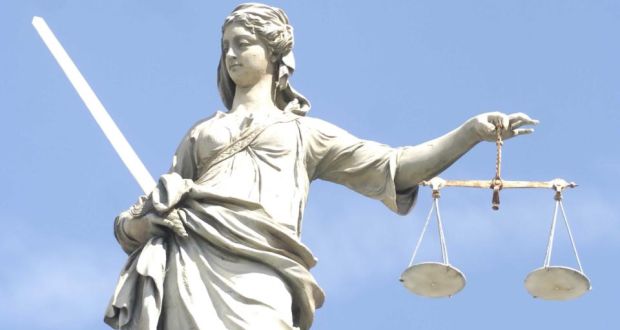 A  man with a Frenchpark address, described as having “serious connections” with the region’s “drugs scene” was denied bail and ordered to appear before this Friday’s sitting of Harristown Court, via videolink, when he appeared before Judge Alan Mitchell at a recent sitting of Castlerea District Court.

The accused was represented in court by Alan Gannon Solicitor. Gardai made an application to the court, objecting to bail, expressing fears the accused would not appear in court at any future hearing. Gardai also cited the nature and seriousness of the offences as justification not to provide bail.

Garda Thomas Regan of Frenchpark Garda Station said the accused had been “caught red-handed” following a search carried out of a property. The court was told there were three occupants in the house at the time of the arrest.

Sergeant Mark Mahon said the offences had been committed while the accused was on bail from the High Court. The court was informed a sum of money, estimated at €17,000 was found in the property at the time of the accused’s arrest as well as a quantity of drugs and paraphernalia such as a weighing scales and a grinder.

Garda Regan said the drugs found were subject to forensic analysis but believed the cannabis discovered had an estimated value of €2,000. He said the maximum penalty that could be imposed by the court was a fourteen year prison sentence.

Gardai said they believed the accused, if released on bail would continue to engage in the sale and supply of drugs. The court was told the accused received bail from the High Court on May 7th last.

Sergeant Mahon said he believed the accused was addicted to controlled drugs and said he was an “active figure” in the sale and supply of drugs within the county and was well-known to Gardai.

Mr. Gannon contented that only €1,300 of the alleged €17,000 discovered on the property was the accused’s, which could be accounted for by producing social welfare receipts. He said his client “knew nothing about any other sum of money.”

Mr Whelan said the drugs that were found were discovered “in a bush” at the back of  the  property and denied that drugs were found on him when brought to Castlerea Garda Station. He denied breaking the terms of his High Court bail.

Ruling as stated, Judge Mitchell objected to the granting of bail, claiming the prosecution had set out its case in its objections. He remanded the accused in custody to appear before Harristown Court via videolink, this Friday, May 22nd.