This isn’t how this weekend was supposed to go.

Whether the fixture took place today or tomorrow, this weekend was supposed to be one of those occasions around which you build your summer – a big championship local derby, the type of game where no matter what happened after it, just picking up a win here would mean that the summer wasn’t going to be a total write off.

Leitrim and London would have had other ideas, but the era of real upsets in championship football seems to be slipping away, so hopefully you’ll forgive our presumption that they would have been cast into the qualifiers by now, or even the barren wasteland of Tier Two.

Meanwhile, barring something very unusual, Roscommon and Mayo would have been due to clash in the Hyde either this evening or tomorrow, and no matter what else is going on in the world, that fixture matters.

At a time when some people are still getting sick and some are dying due to coronavirus, while others have suffered huge blows to their livelihoods and absolutely everybody is likely to have to foot the bill through increased taxes in the coming years, it may seem flippant to say that the lack of a football match is important, but yet it really is.

There are people in both Roscommon and Mayo – not too many of them, but some – for whom gaelic football is an irrelevance, and that’s perfectly fine. There are those who enjoy it, who are happy to share in the social aspect and then go back to going about their lives as before, and that’s great too.

But then there are those who live for the sport – playing, following, supporting, volunteering. It’s fashionable these days to talk about how enforced lockdown has helped people to connect with family and nature, or “the things that are really important” in the eyes of many, and yet in rural Ireland, family and the GAA is inextricably connected.

When I try to find the words to explain this to people who don’t understand, I often refer to Robin Williams’ speech in the film ‘Dead Poets’ Society’, where he says:

“Medicine, law, business, engineering; these are noble pursuits, necessary to sustain life. But poetry, beauty, romance, love; these are what we stay alive for.”

Think back a year ago, to that wet, remarkable, evening in Castlebar. Was it not poetic how Ultan Harney, a player whose footballing career has been a story of injury after injury, put his body on the line to get a crucial touch and score a critical goal in what turned out to be his last championship appearance of the year? Was there not beauty in the manner in which the Roscommon team operated as a collective entity to mitigate Mayo’s dominance at midfield, not unlike the way an army of ants might overpower a hornet who lurks hungrily around their nest?

As for romance and love – look at this scene and tell me that those traits aren’t abundant?

And the crowd goes wild! There’ll be people saying it’s only a semi-final, there was no silverware won. Those people are no craic whatsoever. pic.twitter.com/vCDIoqKDXf

Of course, none of this is to say that the occasion of a Connacht championship game between Roscommon and Mayo is only about the result. May 24th 2019 mattered so much because of the 30 years of fruitless trips to Castlebar that preceded it, every defeat an extra iron bar in the prison cell that Roscommon finally escaped.

Win or lose, a Connacht championship clash between Roscommon and Mayo is a chance for 20,000 people in a stadium and many more outside of it to feel truly alive, to experience a sense of possibility and exhilaration that is simply impossible to recreate at home.

As I type these closing words, the stormy conditions that have prevailed over the last 24 hours are starting to abate, and the option of getting out for a run, a walk, or to do a bit in the garden is there again. For those embarking on those pursuits, do enjoy your afternoon, those activities are all wholesome and good.

Healthier than feeling your heart pounding as if it wants to break free from the restraints of your ribcage with tension? Are they healthier than being part of a crowd that teems onto a field of grass at the sound of a long whistle, or than packing yourself into a thronged pub where the air is thick with delirium and despondency and social distancing is a pipedream? Absolutely. 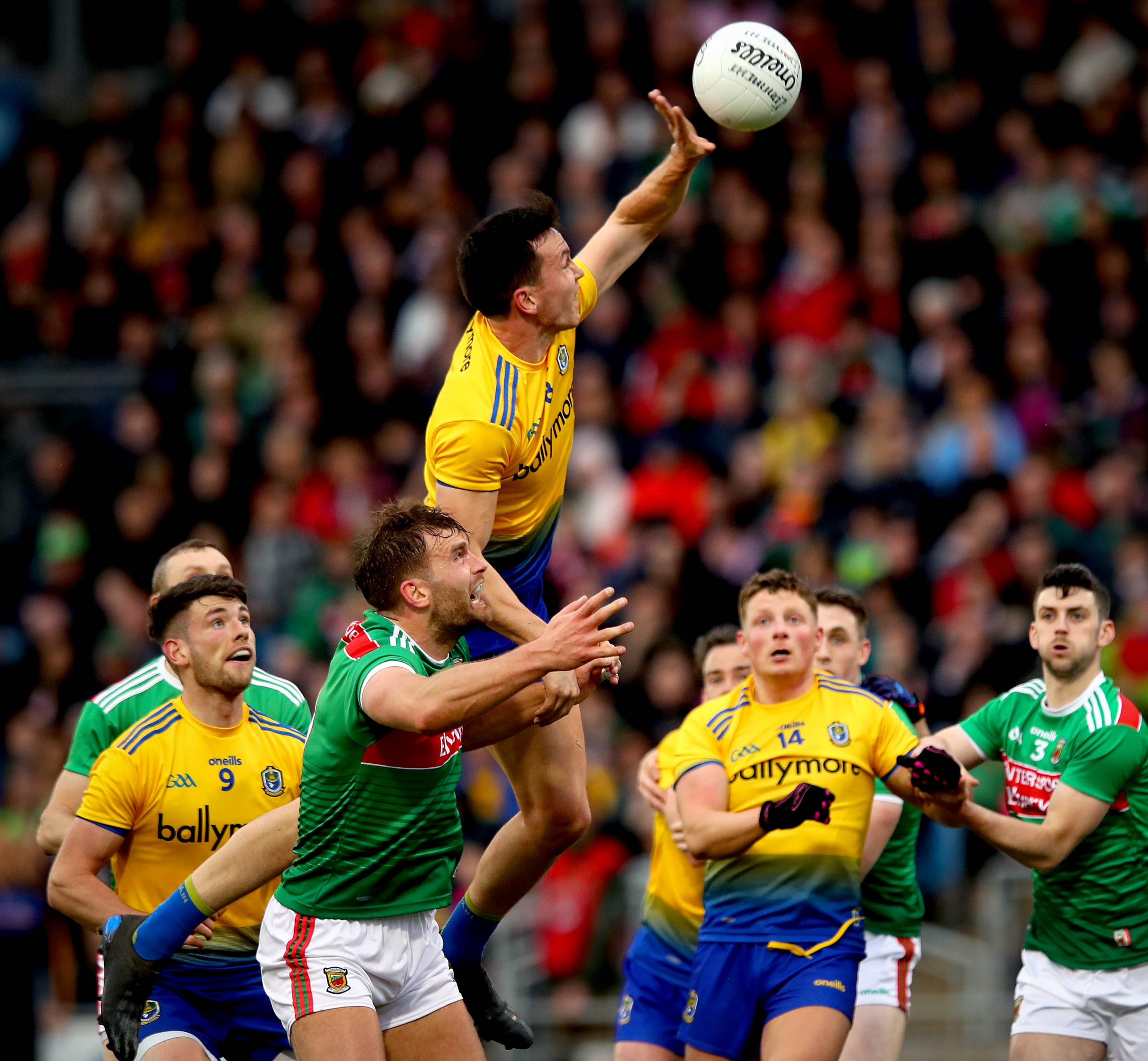