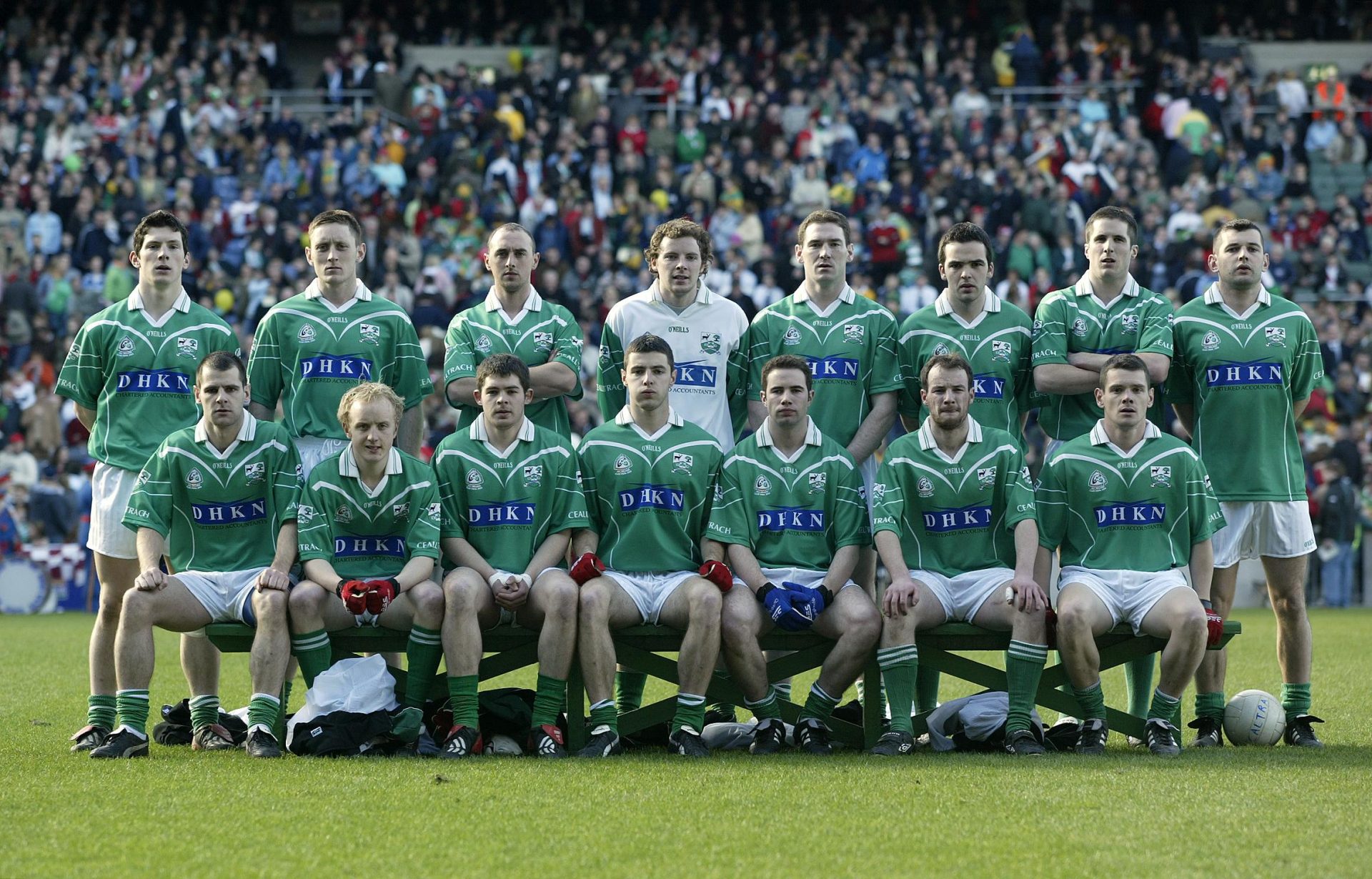 The Caltra senior footballers that won the All-Ireland club football title in 2004.

The death occurred of Rev. Fr. Brendan Dunning SMA, Clonown, Athlone, County Roscommon and former curate in the Caltra/Ahascragh parish, where he served for four years between 2002 and 2006, on April 13th.

He was, in many ways, an inspirational priest who gave great leadership to young and old.

Fr. Brendan was a man of great faith and practiced what he preached. He was a great communicator, showed friendship to everyone and had no favourites. He made all special occasions so meaningful and always prepared for perfection.

He will always be remembered for his influential motivation of the Caltra senior footballers who captured their first county senior title in 2003 and went on to win the All-Ireland senior club title on St. Patrick’s Day in 2004.

Fr. Brendan organised special Masses for the team before games. He praised their efforts and encouraged them to visits the local cemetery to pray for their loved ones. His motivational talks will forever be remembered by the team, parents and parish members.

He believed that “with God on our side who could be against us?”

When the SMA order decided to withdraw him from parish work to work as a fundraiser for the order, 900 petitions were received by the Superior of the SMA order from the people of Caltra to request he remain in his post.

Fr. Brendan was born in 1943 and ordained for the Society of African Missions (SMA) in Newry Cathedral on December 17th, 1969. He celebrated 50 years of priesthood in 2019.

He arrived in Nigeria in August 1970. Fr Brendan was a renowned teacher and Sports Master in the Colleges he taught in — Ozoro Teacher Training College and Mater Dei College in Ashaka and in Aquinas College, Akure.

A senior colleague, the late Fr James Higgins SMA, wrote of him, “A born teacher, Brendan had a great way with students. His active interest in sport enabled him to train good football teams, all of which added to his prestige in the school and the village.”

He worked most of his life in the mission fields of Nigeria Africa in the local parishes in Ozoro, Ashaka and Akure at weekends. He eventually asked to be relieved from teaching to go full time into parish work. In 1987, he was appointed as parish priest of St. John’s parish, Okitipupa, in the south of the Ondo diocese.

He had to make use of a canoe to visit many of his outstations (as he had to do in Warri diocese), spending some days in each outstation, sleeping under a mosquito net in the church or a classroom.

Brendan also served in different roles in the SMA Society and other appointments in Ireland, though his heart was always in Nigeria.

He was the Director of the SMA Family Vocations Community (FVC) in Leinster and later in the west of Ireland for 14 years. He was greatly appreciated by the staff at the SMA Zimmermann House in Claregalway and in the surrounding parishes where he assisted at weekends.

On his return to Ireland, he became parish priest of Neilstown Dublin and ended his work before illness in the parish of Lacken Cross, County Mayo.

Fr. Brendan was predeceased by his parents, John and Mary (née Gavin), his sister Rose (Rogers) and brother Michael. He is survived by his sisters Sr Philomena FMDM (London) and Marian (Clonown), his brothers Thomas (Manchester), Eamon (Dublin) and Tony (Clonown), his nieces, nephews, grandnieces and grandnephews, relatives and a huge circle of friends.

Due to Government restrictions on Covid-19, a private funeral took place. The chief celebrant, Fr. Malachy Flanagan, SMA Provincial Leader, spoke of Fr. Brendan’s work in the missions and the SMA order, of his devotion to Our Lady and St. Anthony and of his “deep devotion” to his beloved Roscommon GAA and Manchester United.

He was a former Roscommon footballer and won an All-Ireland as a student with St. John of Newry.

His niece Michelle, in a moving Eulogy, spoke of him as a great uncle and family man, a great motivator to all he came in contact with and of his love and pride of his work.  His remains were laid to rest in the SMA cemetery Wilton, Cork.

May he Rest In Peace.