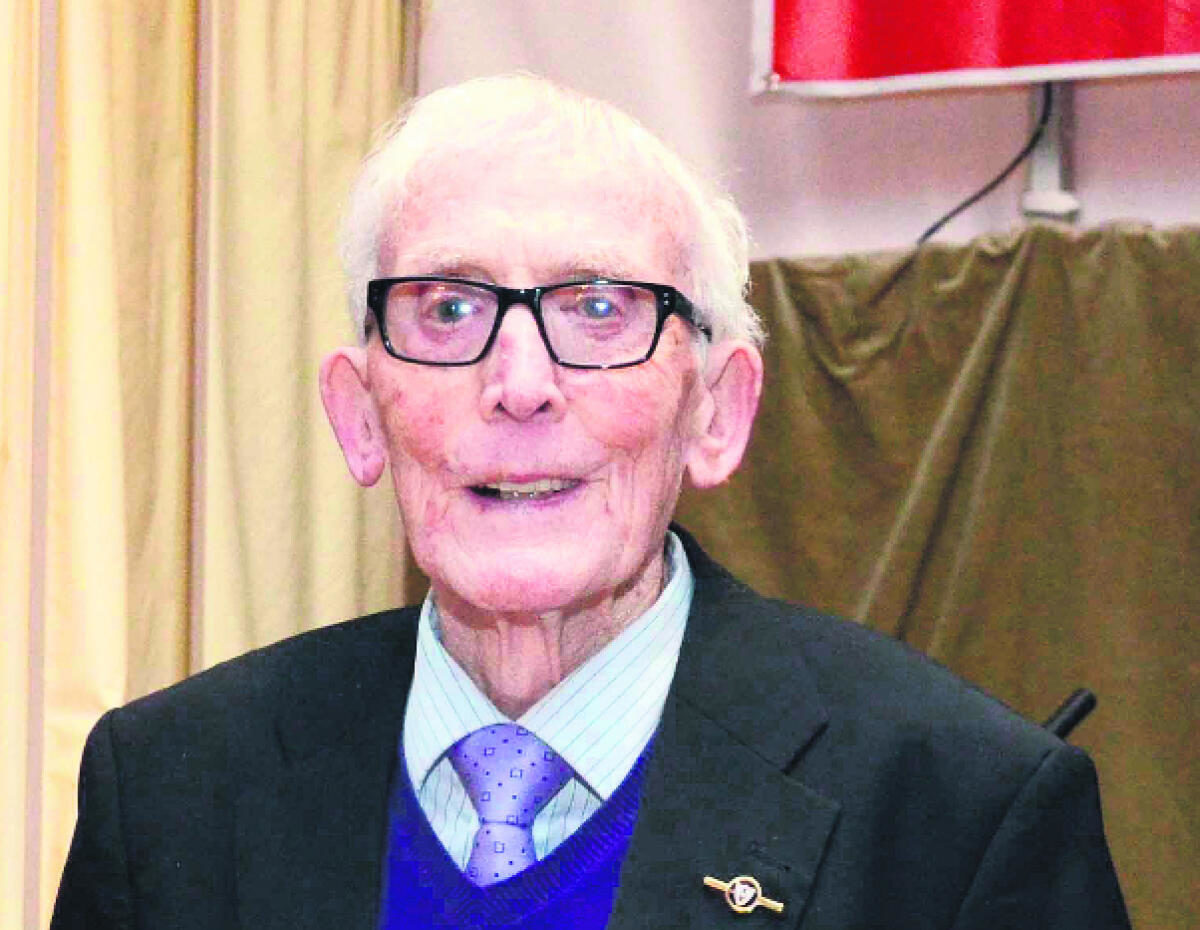 The late Gerry O’Malley was one of the greats of Roscommon GAA.

Since I was slow out of the traps with a team from recent times, I was trumped by my friend Colm Hannelly with his All-Star team in a recent edition of the Roscommon Herald.

However, I can feel pretty comfortable with Colm’s selection so there is no dividend in my trying to make minor amendments to it for the sake of doing that.

It is actually very close to the “Roscommon Team of Millennium”, which was selected by a committee chaired by great Roscommon supporter domiciled in Dublin, Seamus Scally with another great supporter Bill Corcoran in tow. This was in November 1999.

The team or their representatives were guests at a function in the Abbey Hotel to receive their awards later.

While I would not go against any of Colm’s selection there are a number of people who I would be considering as close contenders.

Frank Kinlough of the “golden goals” of the forties. Frankie, as he was known, was a star in St. Jarlath’s Tuam.

As Liam Gilmartin said about playing for Roscommon CBS against St. Jarlath’s in colleges games in the late thirties: “Frank was a star player. He destroyed us”.

An interesting irony about Frank Kinlough was he that he played most of his club football in Castleisland, County Kerry. Frankie of the “daisy cutter” was one of the earlies members of the great team to pass away in 1984 and is buried in the hallowed grounds of Clonmacnoise with his brother Bill, who was also a panellist in the forties.

The Roscommon midfield of the forties is referred by the intrinsically linked pair of Gilmartin and Boland. They were of course Eamon Boland and Liam Gilmartin and have always been spoken of in tandem.

Boland played for close on 15 years, always at midfield. His club was Tarmon where he won several county medals. He stood like a great oak for all those years — indestructible.

The difference of course is the longevity of Boland who went on for so long while Liam had just two years at senior level. He went to Cork where he won a county title with a club called Lees in 1955 and then to England where he was involved in construction. He was uncle of the great Tulsk GAA family of Beirne’s.

Liam Gilmartin fell victim of the disease of the time, TB, in late 1944 and this ended his football at the age of 23. By this time he had three All-Ireland medals — two senior and one minor, the minor being with the county minors of ’39 a team he captained. This was the first Roscommon team to win an All-Ireland. He had these three all-Ireland medals and had never started on a losing Roscommon championship team.

His loss carries with it one of the “might have beens” of Roscommon football with regard to traumatic losses in 1946 and 1947. Ironically, Liam was to live for over 70 more years, passing away in March 2019 at the age of 97 going on 98.

He was the last of those great winning and contending Roscommon teams of those years. His omission from Colm’s team and the Millennium team is down to longevity.

The standard repost for anyone selecting a team is to ask “who would you leave out or deselect?”

On both teams, Gerry O’Malley was selected at midfield. Gerry, of course, “had to be on the on the team”. His natural position was centre-back but he was segued into midfield.

Gerry would not be fully comfortable with that — had he been selected in his normal position, it would have meant the re-positioning of the great Bill Carlos.

Occasionally down the years I’m asked: “Who would you regard as the greatest Roscommon player from what you have learned or heard etc.?”

I would break ranks from O’Malley and Earley and say Carlos — a giant of a man standing at six foot four, and was a classic, pure footballer. There is a phrase that describes his approach: “Carlos was the lion with the velvet paw while there was in the elbow of Keenan the sting of a late September wasp”.

Carlos had a national reputation, the kind that prompted Gaelic football supporters to attend games just to see him play.

Similar to Dermot Earley he was sent off once, a mark that annoyed him for decades.

My third great close call at midfield would be Eamon Donoghue from Ballyforan.

He played with the St. Patrick’s Knockcroghery winning championship team and also with Boland with Lees of Cork in 1955.

How Roscommon could have lost the All-Ireland semi-final of 1952 versus Meath with O’Donoghue playing so brilliantly was a subject of comment on post-match reviews.

John Joe Nerney told me once that Eamon was so laid back that “you’d feel that he needed to be carried onto the field but once there and got into gear he was just a joy to watch and play with.”

Colm has Kevin Winston at wing-forward on the right.

I received a call a couple of days ago asking me: “Who was Kevin Winston?”

Kevin Winston came from Carrick, Ballinlough. He went to Summerhill College and was a real star there and for Roscommon in the late thirties and the early forties. Ironically, he did not make the Millennium team but did make the Connacht Team of the Millennium, so somebody on that selection committee was very aware of Kevin’s prowess.

Unfortunately Kevin went to England in 1941 and so missed out becoming a legend with the All-Ireland winning teams that followed. Alongside Gilmartin, he is another subject of “what might have been” in those later narrow defeats.

In England he married a lady from Kerry and returned to the Kingdom where he played and won a Kerry county championship with Shannon Rangers in 1945. He may also have played in Donegal where his brother Barney was a Garda in Letterkenny.

Barney’s son and Kevin’s nephew Joseph, known as ‘Dodo’, was a star with Donegal in the early seventies. Another nephew was the great Galway wing back of the sixties, Martin Newell, whose mother (Kevin’s sister) married UCG professor and President, Martin Newell Snr.

A short note from the sixties on Kevin referred to him as follows: “As a footballer he was without peer. He could play in any position on the field.

“A master of the solo run with a deceptive swerve. He was free-taker and a point-taker from any angle with both feet”.

So if any reader has any doubt about the confusion of Kevin Winston being on any “great Roscommon team”, leave them aside because he was a great player.

Sadly, he passed away a young man in his late forties in 1963 and is buried in Luton.