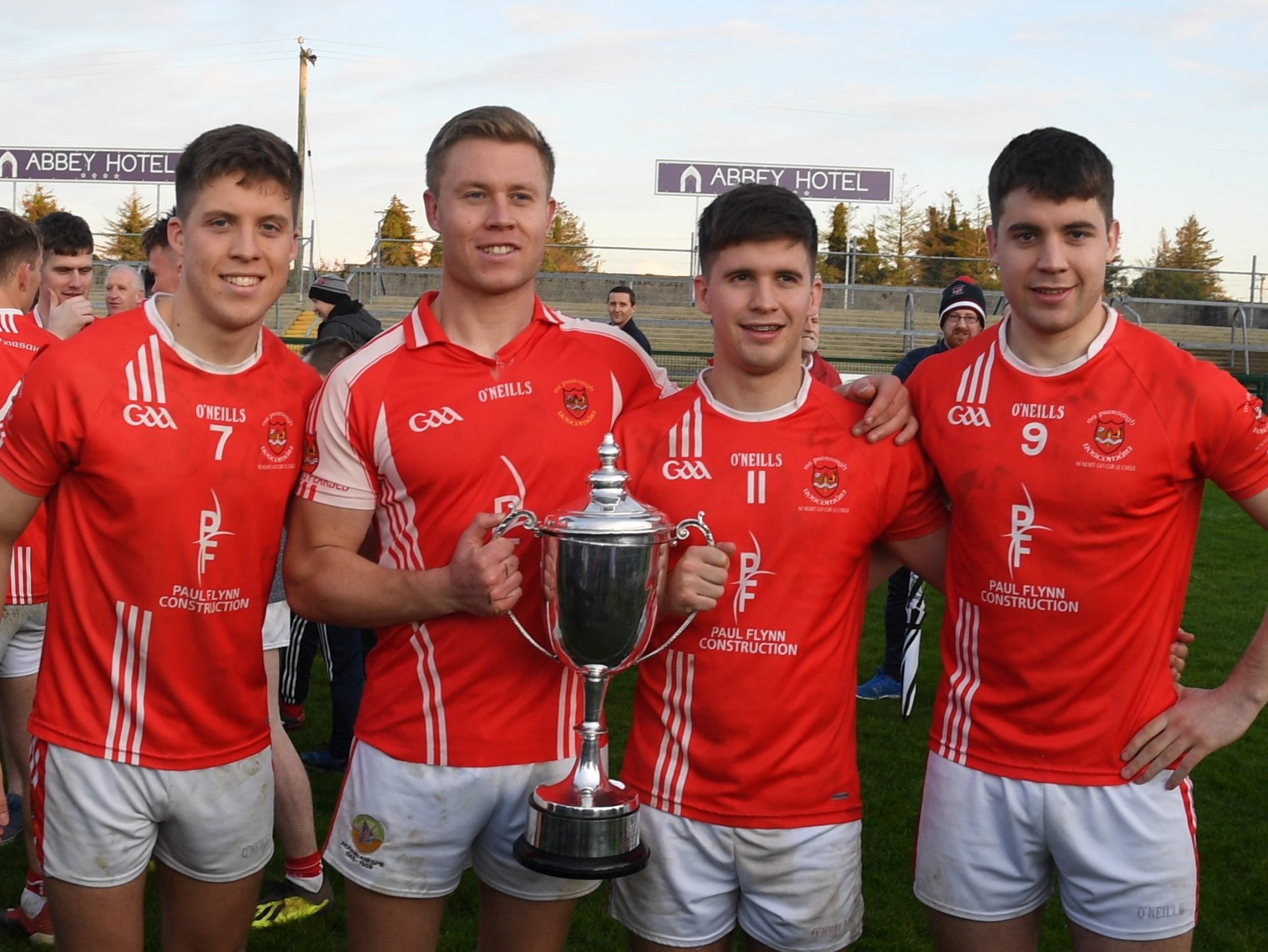 It looks like the Daly brothers and their Padraig Pearses team-mates will get the chance to defend the Fahey Cup.

GAA club competitions in County Roscommon can commence from Friday, July 31st, with the 2020 intercounty championships set to start on October 17th according to the GAA’s return to play plan released this evening.

GAA grounds can open for non-contact training among club groups of up to ten from June 29th — three weeks earlier than originally planned.

Phase 4 of the GAA’s roadmap, which commences on July 20th, will see all forms of training permitted.

Intercounty teams won’t be permitted to return to training next week, despite the Government’s announcement earlier today, which allows for elite athletes in 21 sports to convene in groups up to a maximum of 15.

Instead county teams will have to wait until September 14th before they can officially commence training.

The format of this year’s intercounty competitions will be revealed in three weeks’ time. But it is almost certain that the championships in both hurling and football will be played in knockout formats, using the existing provincial championship draws in football.

Counties have been asked to design a competition structure to fit around an intercounty window that will give them up to 11 weekends (July 31st to October 11th) to run off club games. Juvenile and youth competitions within counties can take place within the same timeframe.

Information about the size of crowds and distancing between spectators at club games will be unveiled closer to July 20th.

The pathway for a return to activity for clubs will see Covid-19 officers appointed for each team, with online training to be provided in the coming weeks.

A comprehensive set of guidelines has been set for clubs that will involve no use of changing rooms, all players travelling separately to venues and strict sanitary protocols.

Players will be required to fill out health questionnaires and have temperature checks ahead of entering grounds before training sessions. If their temperature is above 37.5c, they will be sent home.

They will be urged to sanitise equipment before and after training, and not share water bottles.

Clubhouses will not be re-opened until August 10th — Phase 5 of the GAA’s roadmap.

Clubs will be allowed to make their walking tracks available to members (groups of no more than four people) from next Monday. 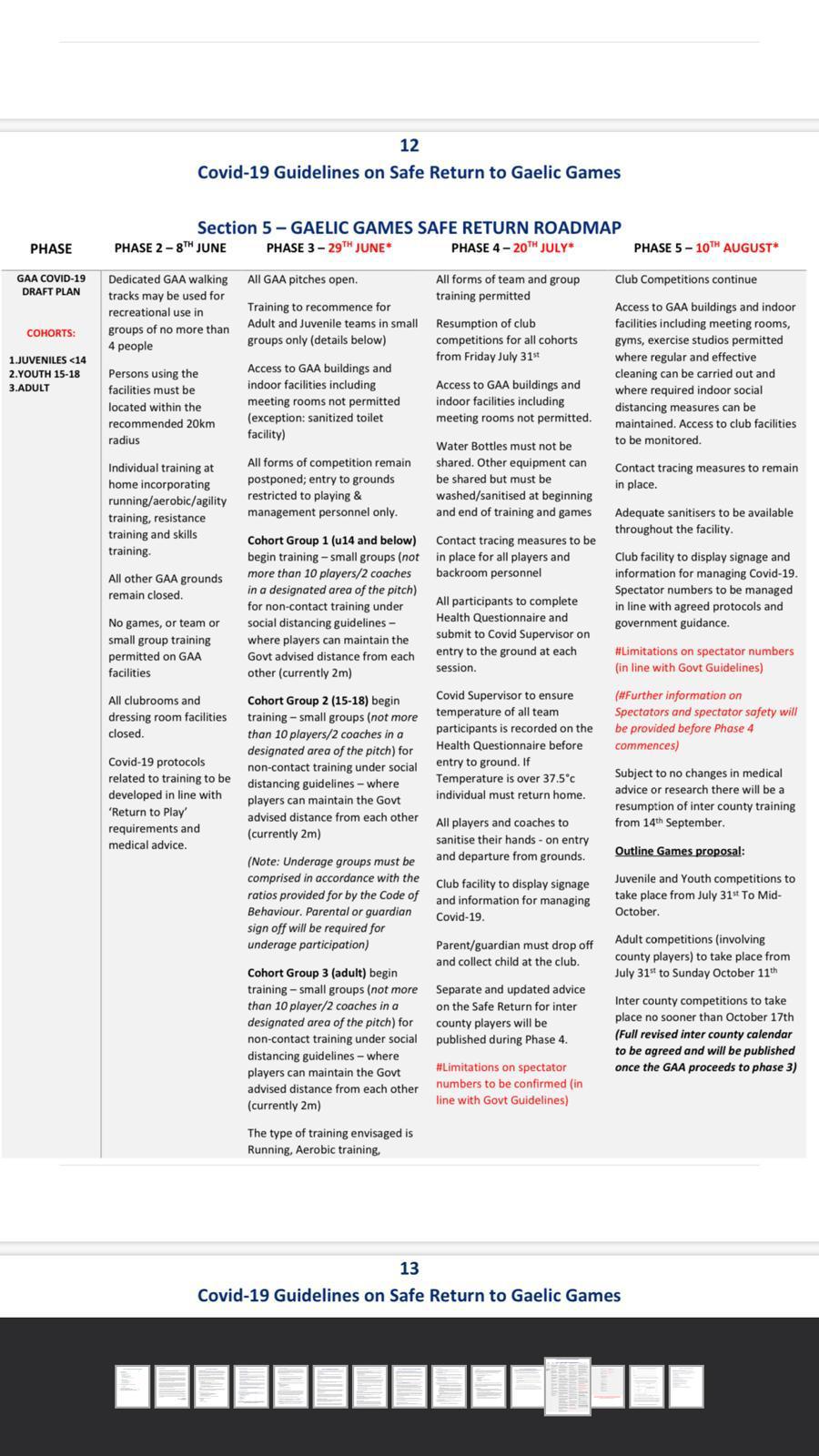