A trend that has been seen throughout Irish history is one of governments happily stepping back and allowing the local or the wider community to look after key aspects of Irish society, rather than accepting a piece of responsibility that should fall solely on the state. This was most notable in the area of education, where the Catholic Church was happy to undertake a huge amount of the work, with what can most fairly be described as mixed results.

In general, Catholic organisations were the first to step in and administer an aspect of society that should have been under the remit of the government of the day. Yet even now, in an era when the separation of church and state has been fully accepted as the only appropriate approach to such matters, we still see genuine abdication of duty in fields such as health, where the free market in the form of private health insurance caters for significant areas that should in any fair society be provided out of general taxation.

“Market forces” have also been allowed to take a strong hand in areas like transport and housing. Aspects such as the protection of some vulnerable people in areas like disability, domestic abuse and child abuse would disintegrate without the work of some charitable organisations, and one shudders to think how little would have been done in areas like environmental and worker protection were it not for the guiding hand of the European Union throughout recent decades.

Over the past number of years, another evolution has taken place, as the GAA has become the primary provider of general health and well-being in the majority of this country, at least outside the M50.

Where once GAA clubs facilitated the playing of gaelic games in this country, their remit has extended much more widely in recent years. In some cases, clubs have acted off their own bat and others have been inspired by programmes such as the “Healthy Clubs” initiative, but now most GAA clubs tend to try to serve their whole community rather than just those who like to kick a ball or swing a hurl. 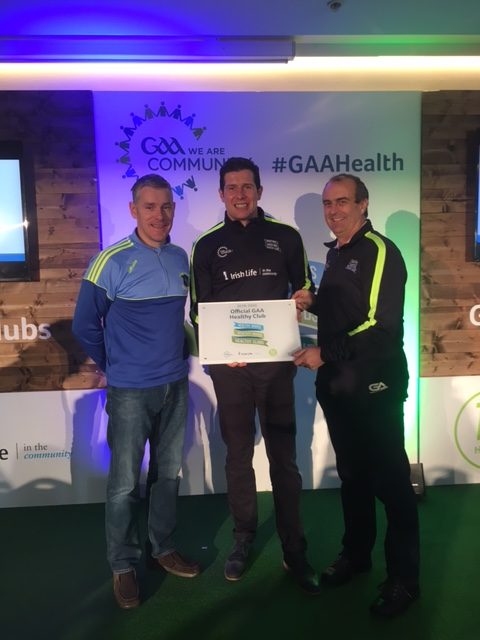 Mental health initiatives, general fitness programmes, walking nights and other social and wellness programmes have become part of the experience in most clubs now. The club gym is quite often the only such facility in many small towns and villages, “Operation Transformation” programmes in conjunction with Ireland Lights Up have become very common, and this has reached a new peak in recent months as the local GAA club served as the de facto community liaison group in countless parishes all across Roscommon and Ireland. In nearly every parish in this county, GAA clubs put notes into the Roscommon Herald and circulated word through their text groups and their social channels that if isolating, cocooning or vulnerable people needed anything – food, fuel, medication, or help around the home – they only needed to contact their local club and all would be arranged.

This was and is a wonderful thing, a fantastic statement of the volunteer spirit that has enabled these clubs to become so important to the parishes they serve – and it never would have crossed anyone’s minds that this was a duty that simply shouldn’t have fallen on them.

GAA club grounds are leading the way in terms of non-smoking initiatives and in encouraging young people to get into good lifestyle habits from an early age. After a number of years during which gym culture in the GAA meant piling on raw muscle, a more enlightened attitude has taken hold where younger players are shown the importance of nutrition and given programmes that are all based on natural body weight, focused as much on injury prevention, flexibility and mobility as they are on raw power, speed or endurance.

Look through your local GAA club notes and you’ll see awareness programmes and talks covering such diverse areas as gambling addiction, concussion, first aid and social inclusion. Go Games and Super Games Centres for young children have fostered a mentality where gaelic games is for everyone, not just the naturally athletic members of our young people. Even in areas like fundraising and club administration, clubs are getting people involved and included like never before – perhaps out of necessity, but the day when a club can survive on the back of the tireless devotion of a handful of volunteers is coming to an end and this is a good thing. 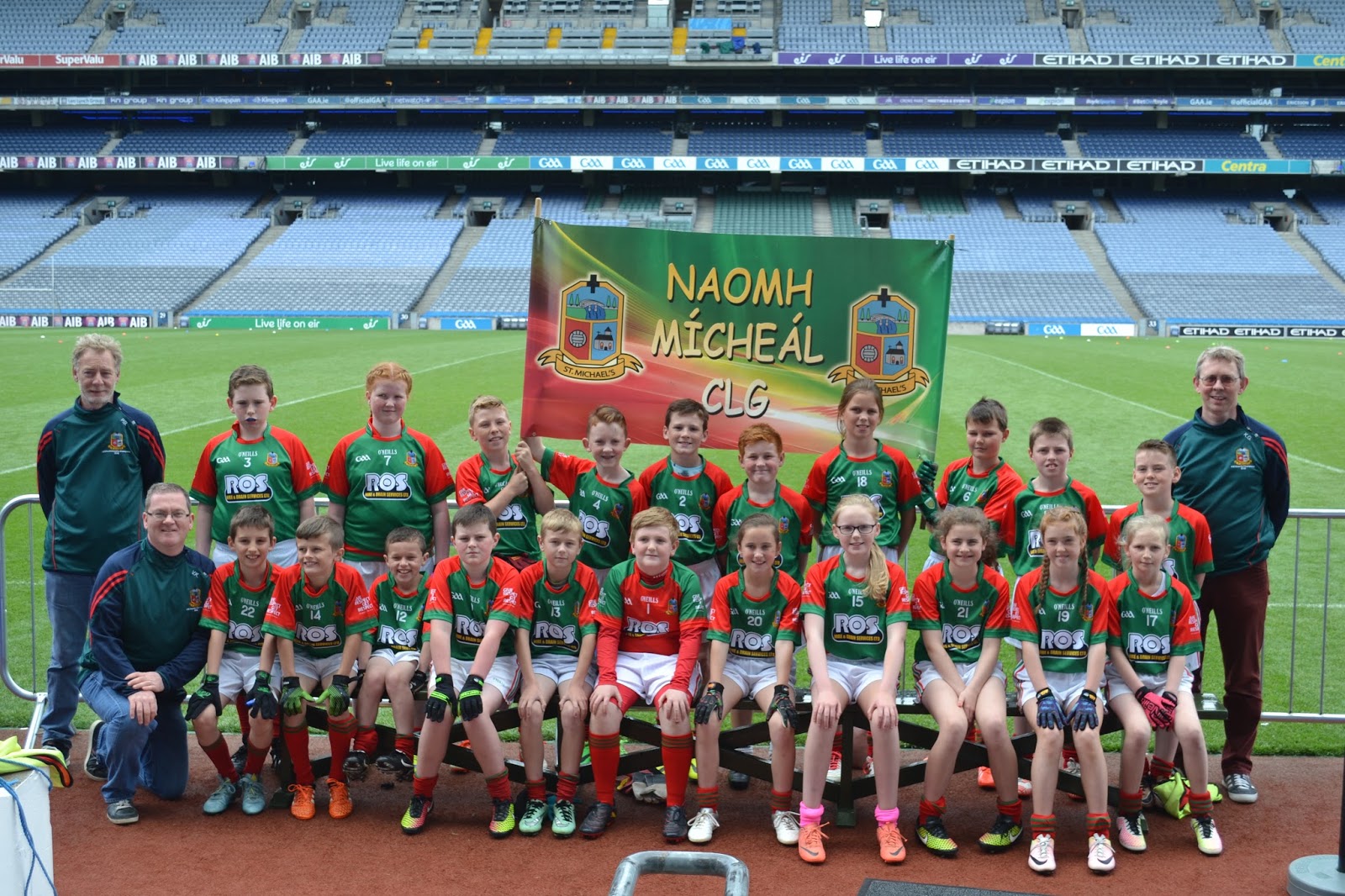 However none of this changes the fact that much of this work providing vital local services and outlets, if it wasn’t being undertaken by the GAA and other sporting clubs, would have to be provided by the state. Of course state programmes wouldn’t command such a huge volunteer effort and they certainly wouldn’t demand a culture of efficiency and value-for-money, which is a simple fact of life for sporting clubs with hugely limited resources. Nonetheless it doesn’t change the fact that the GAA is effectively doing the work of the state government. This has only increased now, with a burden on every coach and trainer to be aware of protocols surrounding working with groups in advance of the return of collective training for juveniles, youths and adults, while the GAA roadmap to returning that was published yesterday calls for every club to have a Covid-19 supervisor, not to mention increased stewarding and managing of crowds for games.

Now is not the time for sporting bodies to cry foul at the burdens being placed on them, but at some point in the future – perhaps in 2021, perhaps in 2022 – Irish society will return to something approximating normality, notwithstanding the possibility that climate change is waiting in the wings to attack us even more forcefully that coronavirus ever did.

When that time comes, it may be time for the GAA, and for other sporting bodies, to begin a conversation about how the responsibility for so much of Ireland’s collective health has come to rest on their shoulders, and where that road should ultimately lead.

While some programmes are subsidised, and facilities certainly are through funds like the Sports Capital Grant, it must surely be time for the GAA at Croke Park level to formalise this process, and look into the possibility of engaging in this activity on a more formal level.

The problem with volunteer effort is that there is so much variation across communities. In the last few seasons alone, we’ve seen Castlerea St. Kevin’s open up a new pitch, brand new dressing rooms in Ballinameen, floodlights in Strokestown and in my own club of St. Aidan’s, yesterday and today there were club volunteers out helping to put the finishing touches to a reseeded training pitch,  adding to an extensive list of club facilities that most recently saw a children’s playground put in place. 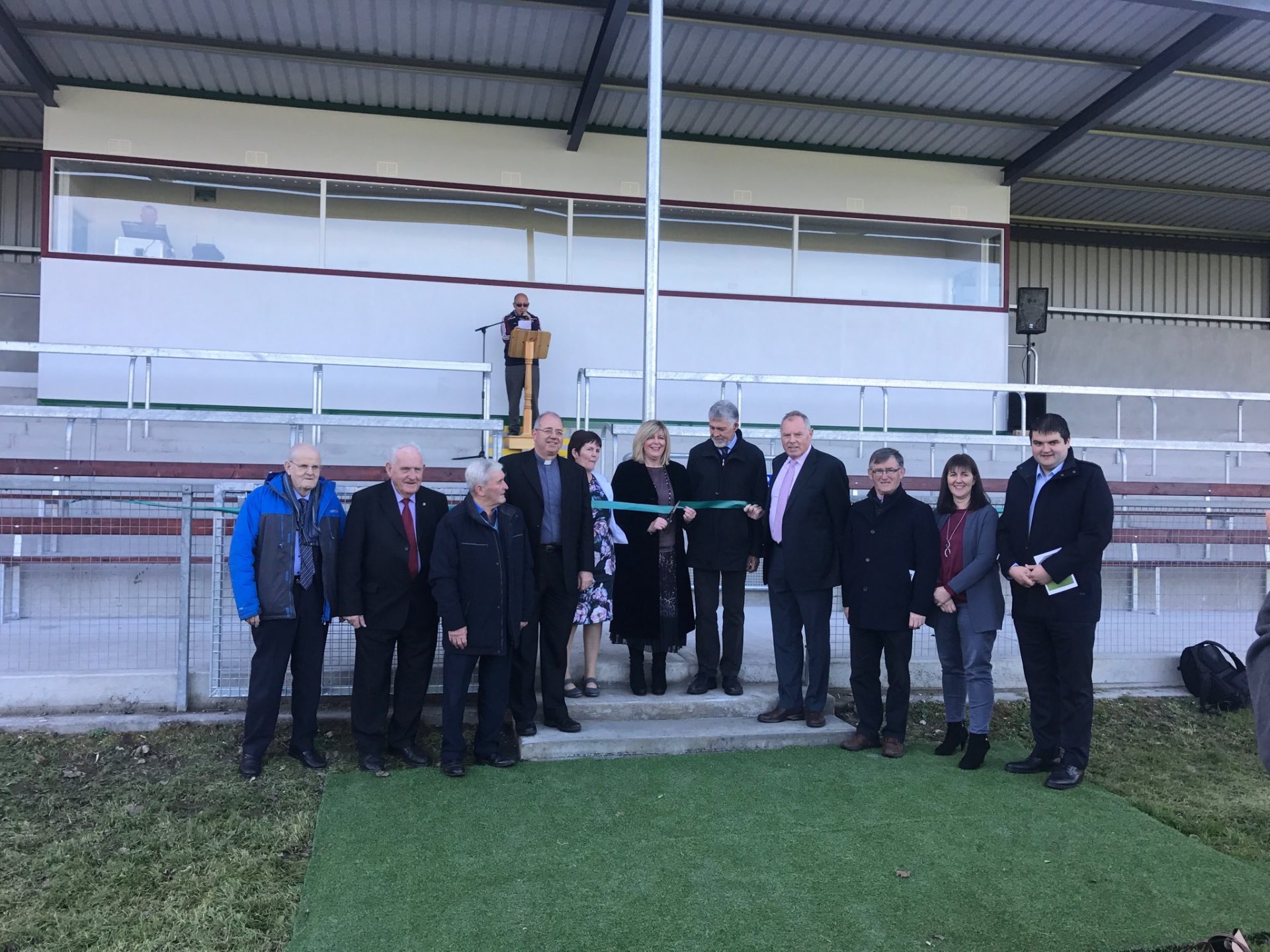 Yet not every club has the type of volunteers at their top table who are inspired or even suitable to oversee substantial projects of this nature, and while some disparity in service provision is a simple fact of life – one only needs to look at state mental health services to see that – it surely should be the ideal that people all across the country have access to reasonably similar levels of service in this area.

That can only happen if Croke Park can get the green light from the state to really and truly drive an initiative like this, but with the full backing of the government of the day to ensure accountability, fairness, and equality of outcome.

Past experience would tell us that the state will only intervene and take over what should have been their duty when they absolutely have to. Perhaps it’s time for the GAA to point out that it might be time for a new paradigm, and for their efforts to be put on a firm footing at the right time, rather than for their efforts to be taken for granted for decades on end.