The life and work of Ballaghaderreen flautist Matt Molloy is to be celebrated in the TG4 show “Sé Mo Laoch” tomorrow evening, with fans of traditional music from near and far sure to tune in to learn more about the 73-year-old who completely revolutionised the use of the flute in the genre.

Having gained recognition for his incredible talent as a teenager, it was during the 1970’s when Matt Molloy came to national prominence as a member of The Bothy Band, and then its successor, Planxty. He joined The Chieftains in 1979, replacing Michael Tubridy. Molloy has worked with many legendary figures in the industry, collaborating with the Irish Chamber Orchestra, Paul Brady, Tommy Peoples, Micheál Ó Súilleabháin and Dónal Lunny.

He continues to play in his pub on Bridge Street in Westport, which has become a hub for music followers due to its well-known sessions. 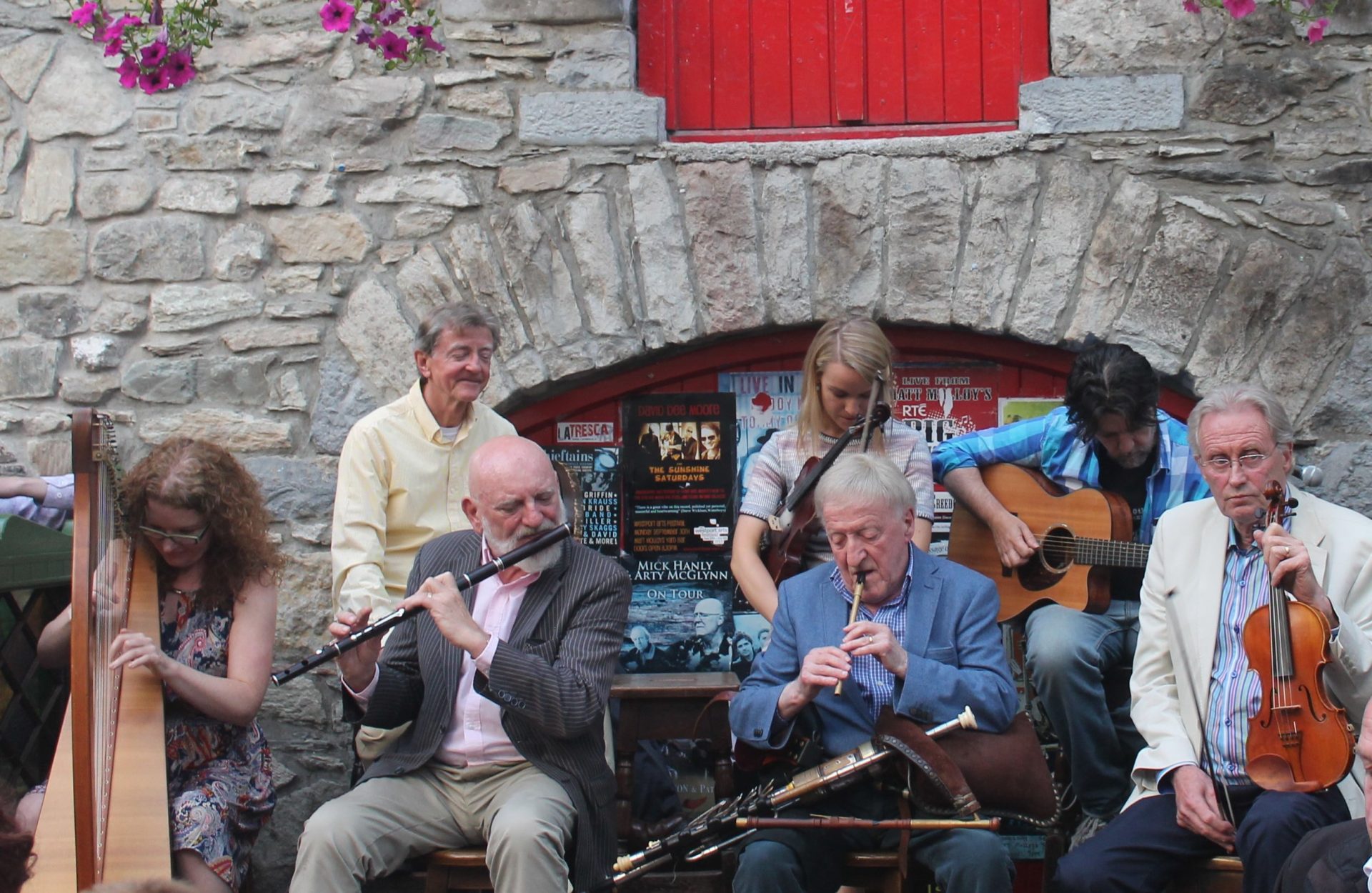 Matt and the Chieftains pictured here playing for US presidential nominee Joe Biden in the yard of his pub in Westport.