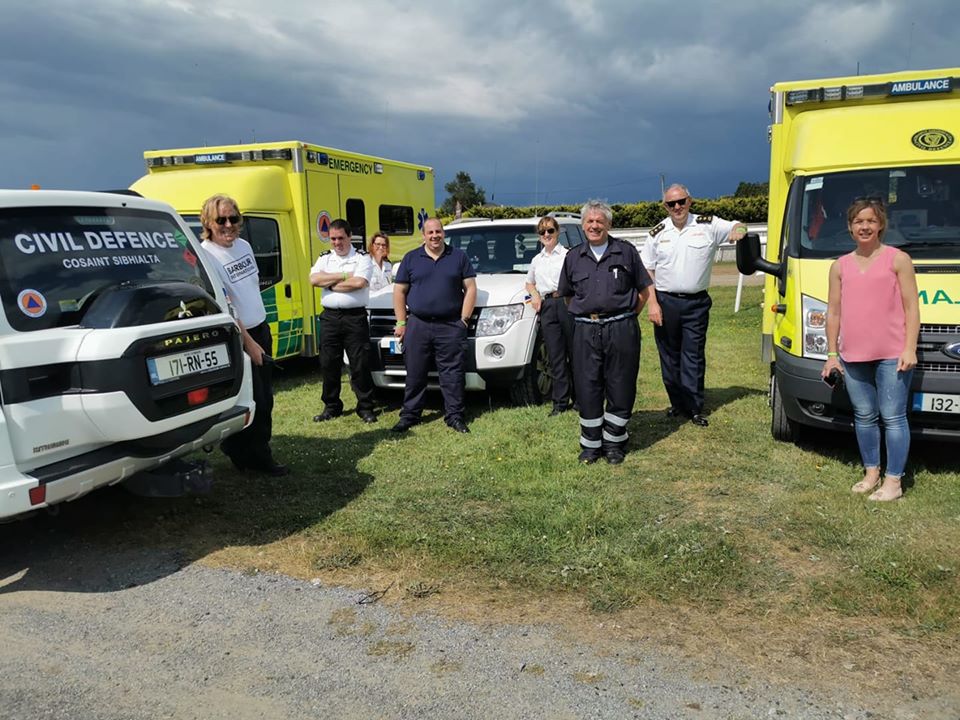 Roscommon Civil Defence at the first meeting of Roscommon Races

The races, which took off shortly after four o’clock, are being held behind closed doors, meaning there is no admittance to the general public, in line with government health advice. A total of seven races are being held, with the last due to finish at 7.15pm.

The racecourse reported that a pair of horses and jockeys who fell were up after their falls in the first race. The result of the race still stood after a steward’s enquiry, the racecourse confirmed.

Despite a risk of localised flooding throughout the county, the ground remained good to firm at the time of writing.