If you woke up this morning and had to take a few minutes to figure out what day of the week it is, you’re not alone. That sense of the days blending into each other has been experienced all across Ireland since mid-March, when Leo Varadkar’s speech ushered in the time that will forever be known as “the lockdown”.

During that time, trips out of the house were incredibly rare, physical conversations with other people also very uncommon, and people could be forgiven for struggling to tell the difference between a Tuesday and a Saturday.

Quite often, the only days that really stood out for people and families were the days that would have been significant events, but for Covid-19. Weddings, baptisms, communions, holidays, birthday parties and big sporting events, most notably a probably Connacht semi-final clash with Mayo in the Hyde, were all wiped from the calendar, only to be replaced with more of the same.

If it wasn’t for #COVID19 I’d be waiting at the altar right now. Instead she has me sorting out the hot press. My probation period has been extended obviously.

For yours truly, today is one of those days – sort of. Today was supposed to be Rammstein day – and I say that in the full knowledge that for the vast majority of Roscommon Herald readers, further explanation will be necessary. So here goes.

In a nutshell, Rammstein are a German metal band who put on a ludicrously over-the-top live show, featuring incredible pyrotechnics and spectacular theatre in the performance, all backed up by a sound that is unlike anything else you’ll ever have heard. If you have 12 minutes to spare and any interest in live music, then you need to watch this clip to get a feel for it.

If, for some reason, live bats weren’t on the menu in that wet market in Wuhan late last year, then today I would have been in Belfast with my brother and two very good friends attending Rammstein’s only Irish stop on their 2020 European Tour, having had to travel to Prague to see them last time out. At the risk of offending any friends or relations of mine who were due to get married this year, or indeed offending Offaly and Roscommon footballers by saying that an All Ireland final appearance from either of them was unlikely, today should have been the best day of the year.

Of course, the thing about all music is that it’s a personal thing, entirely a matter of your own taste, and while this writer went through a pretentious teenager phase where certain styles and genres would have been deemed inferior, thankfully I grew out of that and am firmly in the “let people enjoy whatever they enjoy” phase of life for some time now. Suffice it to say that I won’t meet anyone at a Nathan Carter or Declan Nerney gig, but if that’s your thing and you get the opportunity to see them at some stage in the next year, I genuinely hope you enjoy it.

The same applies to fans of the National Ploughing Championships, of Strokestown Show, of Fleadh Cheoil na nÉireann, of the Galway Races, or anything else for that matter. All of these events have a devoted following, and within those fanbases, there are smaller pockets of people for whom that event is the highlight of their year. Yet, hard as it is to miss an event like the Rammstein concert today, the prevailing attitude around Covid-19 and the lockdown makes it that bit harder.

Just to be clear: this is not a rejection of the concept of the lockdown, or the need for it to happen. As a country, Ireland’s response to Covid-19 was far from perfect, particularly with regard to aspects such as nursing and retirement homes. Yet when we look across the water – east or west – we see how much worse things could have been. I’ve been fortunate in that I haven’t had to be one of ten people attending a funeral, and I’m grateful for that. Coronavirus, and the response to it, will have huge negative affects on my income and career for years to come, but in the main, the right decisions were taken.

What is tougher to endure, is the sanctimony of some of the commentary surrounding the lockdown, that if you’re not enjoying it, you’re doing it wrong – or worse still, that your attitude is wrong.

Again, I get it. There are people whose working lives involve early starts, long commutes, and their children spending the majority of their waking lives in childcare facilities, and for them, working from home has been a blessing. There are those people who have had the time to learn new skills such as home cooking, there are those who have started walking, running and cycling and feel fitter than ever, there are those whose houses are painted and their gardens are fit to enter into the Chelsea Flower show, and these are all good things. 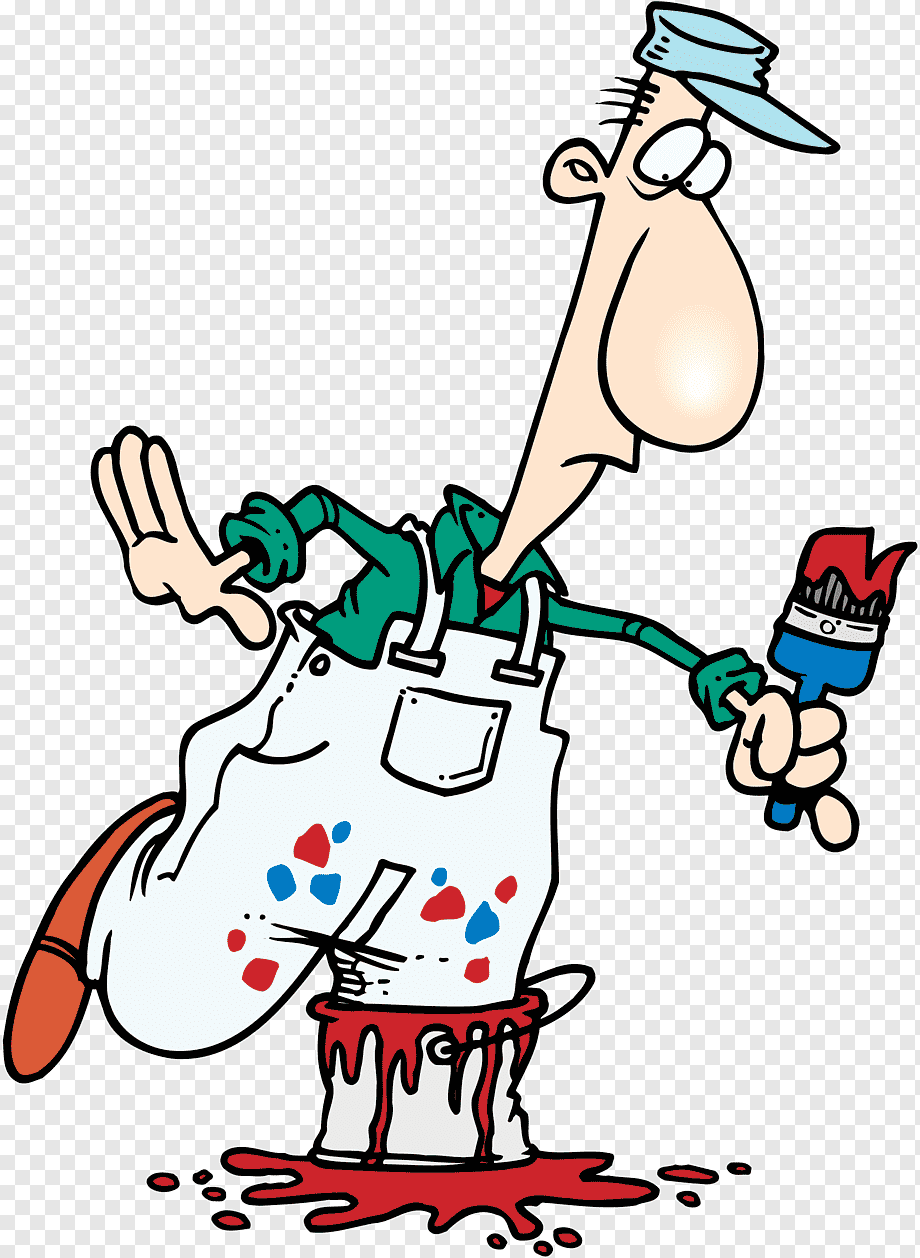 An artist’s rendition of a typical Irish man over the past three months – struggling with home decoration.

But what if, before Coronavirus, you had struck a reasonable balance in life, and you earned just about enough to keep the bills paid while still leaving a decent amount of time to see your family and be active in your children’s daily lives? What if the financial impact of the upcoming recession is more than you can bear, or will have serious real-life consequences?

What if you were someone who worked hard for something, only for the lockdown to take it away? What if the combination of working from home with childcare means that one parent works during the day, the other in the evening, and thus neither adult has any time to themselves whatsoever? Or, what if you are simply not someone who does well in your own company, someone who needs a full diary and lots of human contact to feel like yourself?

Even if you didn’t lose a loved one to the virus, that doesn’t mean that it hasn’t hit you hard. Yet patronising attitudes about how it’s an “opportunity” for you to grow as a person and as a family sometimes make it feel like you’re not allowed just say that this whole thing is a pain in the engine room.

Even on a smaller level – what if your life was already as “wholesome” as you wanted it to be, and right now you’re overdosing on good, healthy behaviour? Like all things in life, balance is required. Myself, I like to run, and there are plenty of very quiet rural roads around Dysart where you can easily cover 10 or 12 km and not meet a vehicle. Yet I don’t do this because I aspire to anything that could be considered a distant relation to peak physical condition, I do this to allow me to continue my longstanding love affair with processed sugar. This comic from the Oatmeal is not my work, but I identify with it so hard that I wish it was.

Right now, life is a little bit too wholesome, and while nobody would dream of suggesting that missing a rock gig, or a few months of sport, or a birthday party is anything like as significant as losing a loved one to Covid-19, that doesn’t mean that you’re not allowed be a bit cranky that things have worked out this way. Births, jobs, marriages, sicknesses and deaths might be the important things in life, but if that’s all there was to this mortal coil, why would we bother? Barring the weddings, every species on the planet does all the rest of it, and some of them aren’t even sentient. The whole point is the fun stuff in between, and of course missing out on all that is hard on the soul. 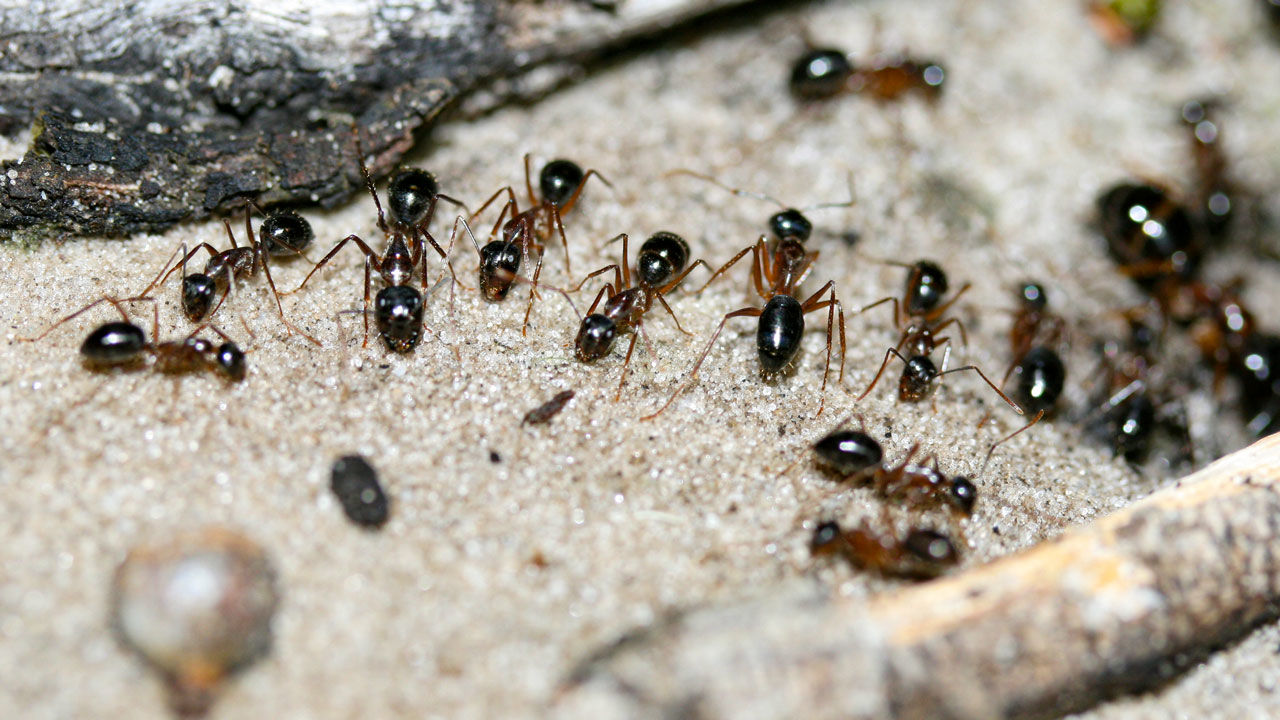 Births, jobs, marriages, sickness and deaths – even ants experience four out of five of these things.

Births, jobs, marriages, sickness and deaths – ants experience four out of five of these.If you’re one of those people that finds themselves saying – or thinking – things like “the lockdown has made people focus on what’s really important” then I’m inclined to wonder, what way were you living before that you needed to be effectively put on house arrest to realise that your family was important? Some of us had that figured out, but that doesn’t mean we want to live in each other’s ears for half the year. Ask the divorce lawyers all across the world, who are currently experiencing a massive spike in business, if being forced to spend every waking minute in the same home is good for marriages across the board. Admittedly, people in that profession have a dog in the hunt, so to speak.

For me, a big chunk of today will be spent foraging for snails and worms with a two-year-old who has such a fascination with creepy crawlies and all living things that he’s on course to follow in the footsteps of David Attenborough, or Tom from Fr. Ted, who wanted to put rabbits “in the vice”. I’m hoping for the former, but it’s too early to tell.

But – and Senan, if some day you happen to read this piece on line from your Dad, do so in the full knowledge that I love you to bits, and always will – I really, really wish I was in a mosh pit in South West Belfast instead. So if I’m a bit cranky, then to you, I’m very sorry. To everyone else, I’m okay with being a bit sick of all this, and it’s no less okay if you are too.