Buckley has lost none of his pulling power 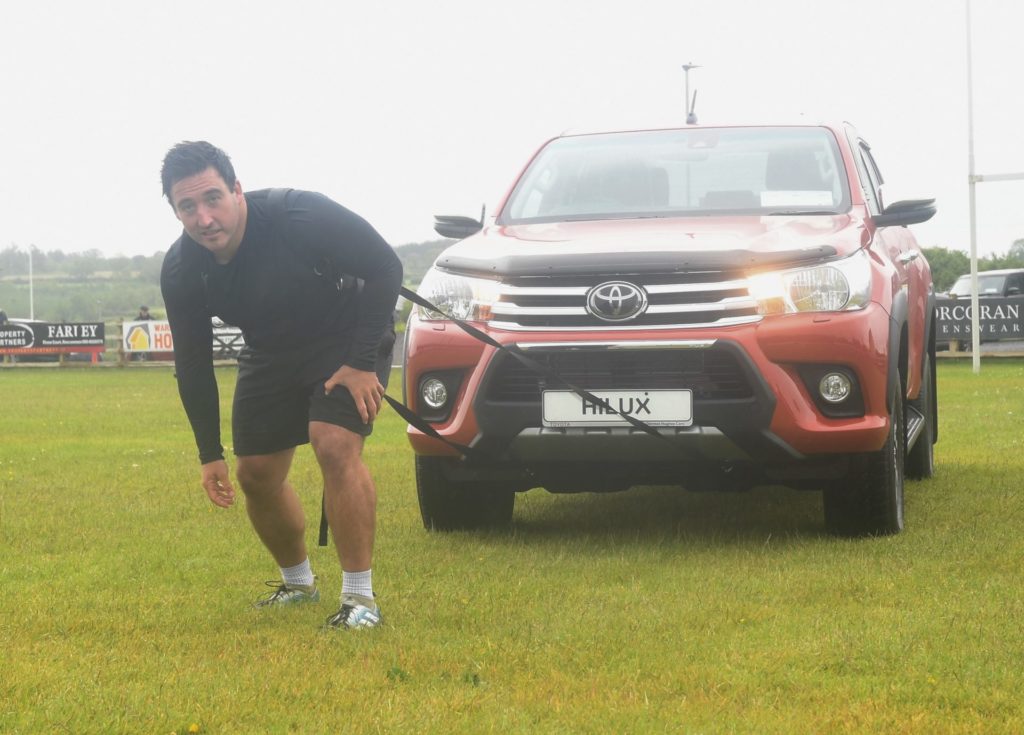 With Connacht rugby players getting ready to restart their season, Roscommon native Denis Buckley showed that he has lost none of his pulling power during the lockdown as a result of Covid-19,

The Connacht prop teamed up with Dermot Hughes Cars at the home of Creggs RFC on Monday last, demonstrating that he’s more than ready to return to training.

Pulling a Toyota Hilux, Buckley showcased the raw power that has made him a permanent fixture in the green of Connacht.

Dermot Hughes Cars and Creggs RFC wish Denis and the rest of his Connacht team-mates all the best for the remainder of the season.

Connacht Rugby Player Denis Buckley warming up and getting ready to go back to training by pulling a Toyota HiluxBest of luck Denis for the season ahead from all at Dermot Hughes Cars Toyota Ireland#toyota #toyotaadventure #hilux #invincible #4×4 #offroad4x4#Connachtrugby #Irishrugby #rugbyplayer Music: Romeo ChrobinsonMusician: WATERCAT