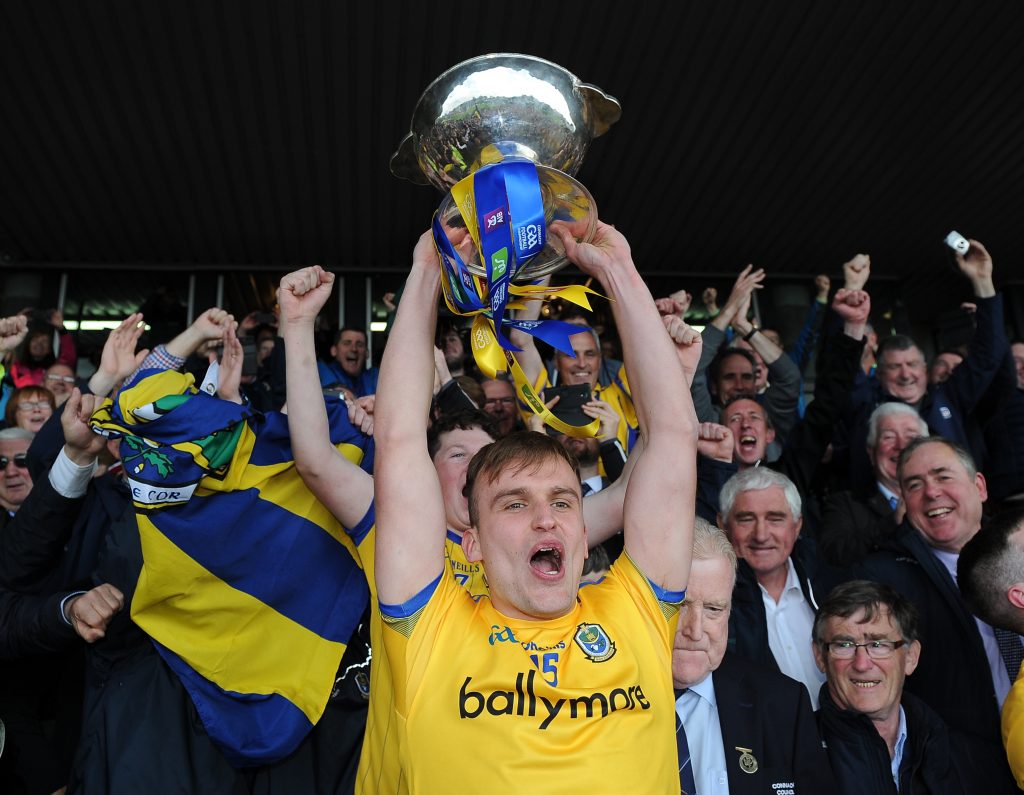 Enda Smith and his Roscommon team-mates will commence the defence of the Nestor Cup at the end of October.

The fixtures and dates for Roscommon’s remaining games in this year’s NFL and Connacht Senior Football Championship have been released by the GAA.

Anthony Cunningham’s side will play Armagh on October 17th/18th and Cavan on October 24th/25th, knowing that a win in either game will all but ensure a return to Division One League football in 2021.

There will be no league finals, with the top team in each division declared the winner.

Roscommon will open their defence of the Connacht Senior Football Championship against London, pending travel restrictions, on October 31st/November 1st. The winners of that game will play the winners of Leitrim and Mayo in the Connacht semi-final a week later.

The Connacht final has been pencilled in for November 14th and 15th. New York will not compete in this year’s provincial championship.

The championship will be played on a knockout basis, which will see Munster v Connacht, and Leinster v Ulster All-Ireland semi-finals.

The Roscommon senior hurlers will learn their fate later today when a knockout draw for the Christy Ring Cup takes place.