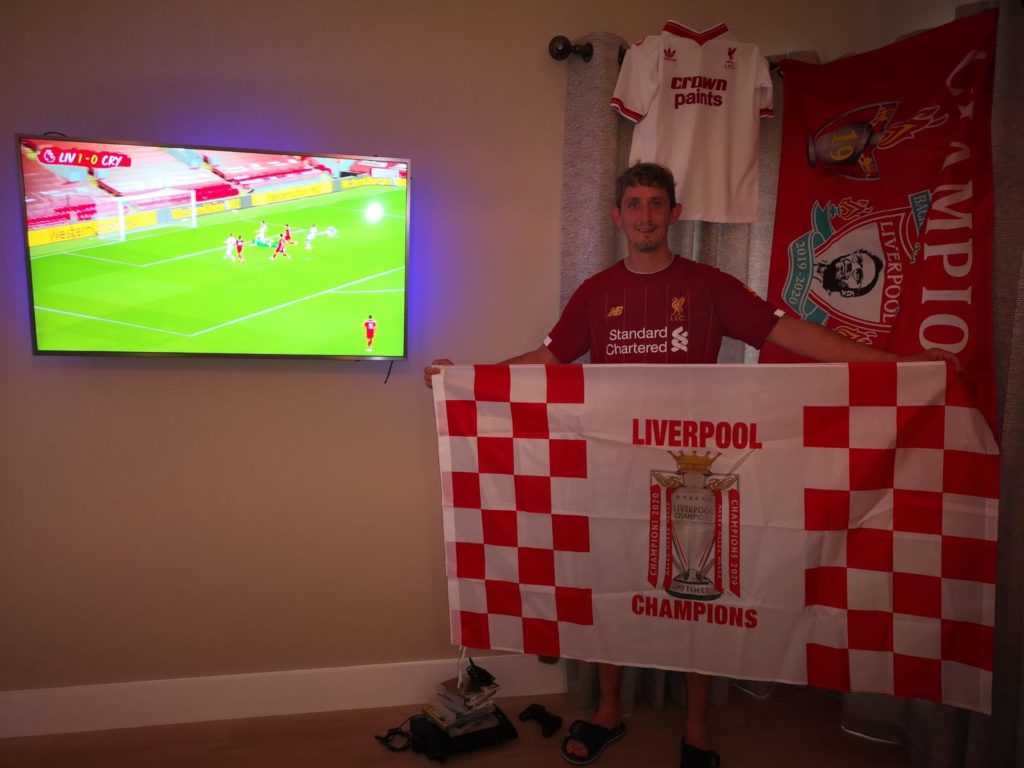 “And now you’re gonna believe us, we’ve gone and won the league.”

Liverpool fans all over the world are waking up this morning to the reality that their team has finally done it.

Liverpool FC — Premier League champions has a lovely ring to it.

For the first time in 30 years, the Reds, led by a brilliant manager in Jurgen Klopp, are the best team in England.

It’s something everyone has known for some time, but the arrival of Covid-19 threw the cat among the pigeons. When the action resumed, Kopites breathed a huge sigh of relief.

Cue emotion and relief, and in County Roscommon, Reds fans basked in the glory. No more slagging from Man United or Everton fans about bottling it. Liverpool’s time has finally come.

The tributes were led by Boyle native and actor Chris O’Dowd, a lifelong Red who placed the plaudits for Liverpool’s success firmly at the manager’s doorstep.

“I love him (Klopp) so much, like more than my friends,” tweeted O’Dowd.

“As the years passed and it looked like Jack Nicklaus had a better chance of winning a 19th title, it was easy to pinpoint the reasons why #LFC had lost their winning thread but nigh impossible to find the solution.

“Couldn’t find another manager like Paisley/Shankly or keeper like Ray Clemence, or a central defender like Hansen/Lawrenson, or behind-the-scenes genius like Peter Robinson, etc. Klopp was the catalyst. Alisson, Van Dijk and Mike Gordon were the pivotal figures who completed the transformation,” he summarised.

The feeling is everything Reds fans hoped it would be, and more.