The N61 has been temporarily closed just on the outskirts of Roscommon town as emergency services deal with the aftermath of a two car collision that occurred just outside the roundabout at Walsh’s Spar and service station on the northern side of town.

Gardaí, ambulances and the fire brigade were called to the scene following the accident shortly after 4 p.m. this afternoon, but it is believed that there were no serious injuries sustained by the occupants of either car.

UPDATE: The scene has since been cleared, and the road has re-opened. 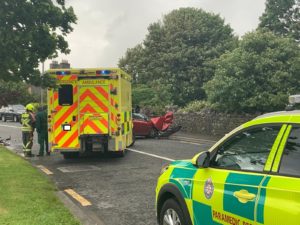 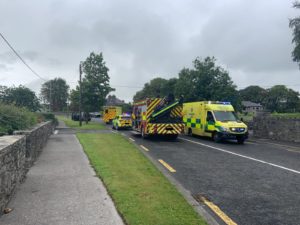