London football manager Michael Maher says “after the year that we’ve had so far, we’re just delighted to still get a chance” regarding yesterday’s announcement that the Connacht senior football championship clash between Roscommon and London will take place at the end of October.

A venue still has to be confirmed for the fixture, but it is expected that an Irish venue will host the tie, as yesterday’s release from the GAA confirmed that all football and hurling fixtures are going to take place on the island of Ireland.

“Playing in Ruislip would have been an advantage to us and we need every advantage we can get because Roscommon are an excellent side” said Maher, who’s in his first year at the helm of the London county team.

“Things aren’t brilliant over here but they have improved dramatically so it’s disappointing not to be at home, but there was a long time there when it looked like both New York and London were going to be kept out of the championship, so at least we have a game to look forward to”. 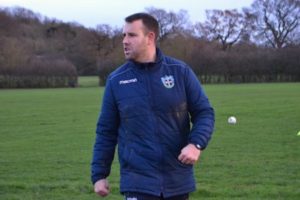 Michael Maher has had a tumultuous journey in his first year at the helm of the London senior footballers.

Maher can only look on wistfully at the situation in Ireland, where club sides are back in training and domestic championships are set to get underway in three weeks’ time.

“We’re going to be a long way behind when the game comes around. The closest thing we can relate to is the non-league amateur soccer scene and they’ve been told to be ready to resume contact sport on September 1st. Then we’re looking at the club championship running right up until the second week of October, so we’ll have just a few days to get together and start to think about the league game against Waterford” he added.

“That said, they couldn’t do it any other way for the integrity of the sport over here. Clubs in London are in a much more precarious footing that clubs in Ireland and if we didn’t put on a proper club championship, or as best we can in the circumstances, then there’s a danger that guys would just hop on a plane and