Big Fella who gained independence for club and county 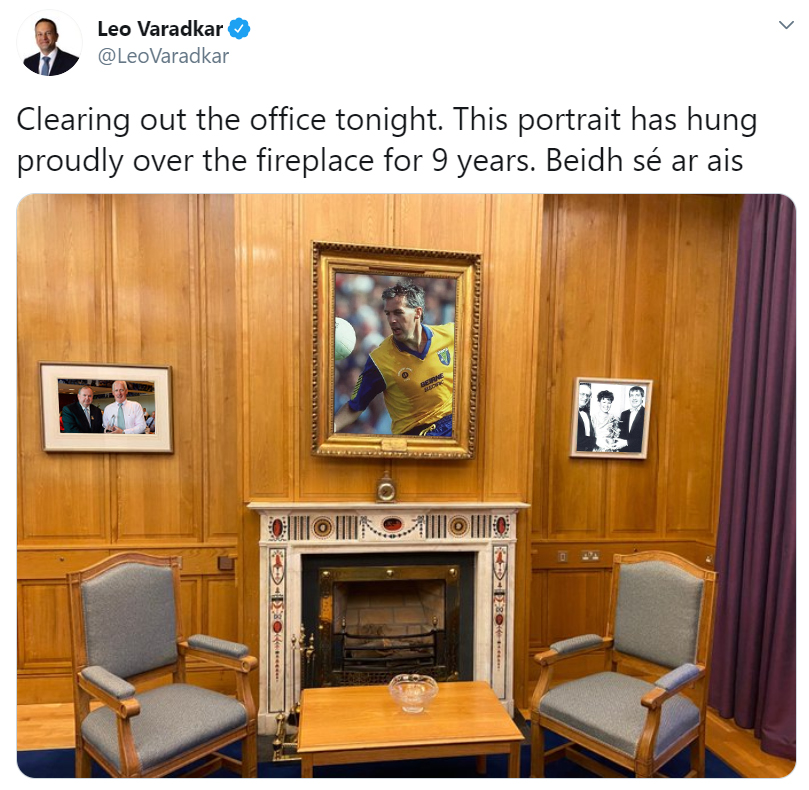 Leo Varadkar had some housekeeping to take care off over the weekend.

With Micheál Martin about to move into the Taoiseach’s office, the new Tanaiste took to social media, noting how a portrait of Michael Collins — a leading figure in Ireland’s struggle for Independence in the early part of the 20th century — had been hanging proudly over the fireplace for nine years.

Along came Clann na nGael GAA Club for a bit of devilment on Saturday, as the South Roscommon club posted the exact same view of the Taoiseach’s office, only that Michael Collins had been replaced by its own “Big Fella” — former club and Roscommon great Tony McManus.

Michael Collins could do a lot of things but he couldn’t terrorise defences and stick the ball in the net like McManus, scores that gained plenty of independence for his club and county over the years.