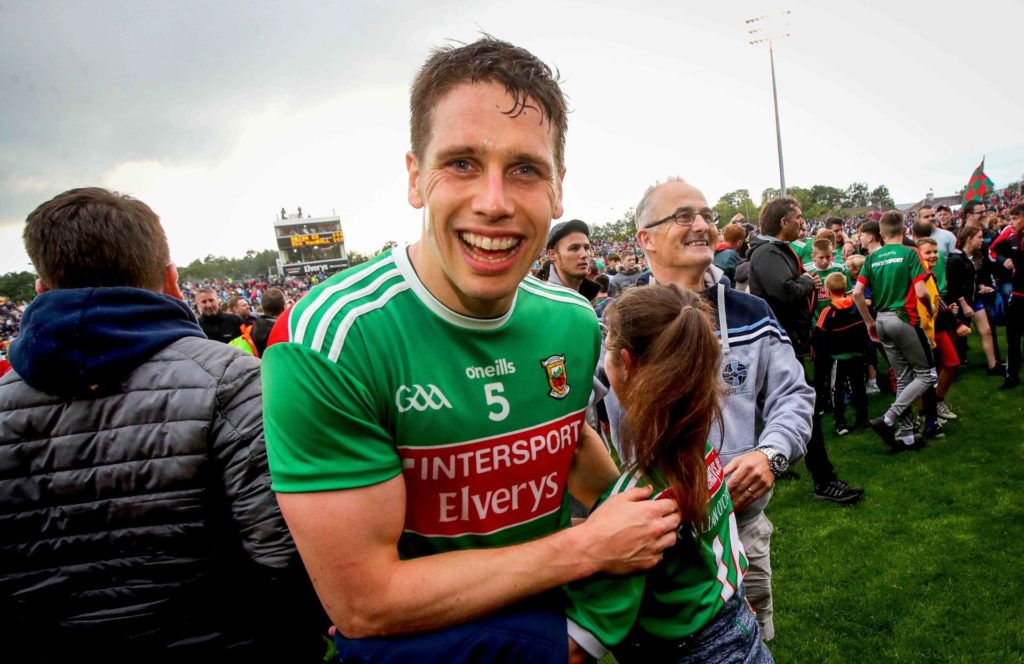 It’s interesting to look at defenders that wear number 2 to 7 nowadays. The modern defender is more skilful. They are better ball players who thrive on going forward.

But the big question is are they as good at defending? Have they the basic tackling and positioning skills that were demanded back in the seventies and eighties?

Regardless, there have been some great defenders over the past 30 years. My top ten are as follows

In my opinion, Canty was one of the most underrated defenders on the national stage.

Captain of the All-Ireland winning Cork team of 2010, he had a powerful presence in the centre of defence. The Bantry Blues man won one All-Ireland, one NFL, four Munster Senior Football Championships and three All-Stars, along with representing the Ireland International Rules side on numerous occasions.

One of the most consistent performers in a Tyrone jersey, Gormley was pivotal in his county’s 2003, 2005 and 2008 All-Ireland winning sides.

The Carrickmore St. Colmcille’s man was a teak tough, uncompromising defender who regularly man marked the opposition’s key player. He will always be remembered for his brilliant block on Armagh’s Steven McDonnell in the 2003 final to stop a certain goal in the dying minutes.

After suffering a double leg break in 2006, he bounced back to win a Gaelic Players Association Award in 2007.

A joy to watch in full flight, O’Connell was a very skilful ball carrier. But he was also a highly accomplished and tough tackling defender.

He was picked on the Team of the Millennium in 2000 at left half-back. He has three All-Irelands, three National Football League titles and four All-Stars to compliment his six Leinster Senior Football Championships.

O’Connell was a key part of a Meath defence that had many a forward line psyched out even before the ball was thrown in because of their fearless and ruthless reputation.

Would Armagh have won their historic All-Ireland in 2002 if their inspirational leader and captain wasn’t in the trenches?

I doubt it as one All-Ireland, one NFL medal, three All-Stars and six Ulster Senior Football Championship medals embellished a wonderful career.

Armagh were very fortunate that they paraded a team with real leaders during their period of glory. But the Mullaghbawn man was the soldier in trenches who led from the front. He also captained the Ireland International Rules side during the 2006 series.

An excellent, tight marking yet stylish corner-back that could also play ball and attack as required.

Footballer of the Year in 2007, one of his great traits was his ability to know when to hang back and mind the house. Overall, he was a very reliable and dependable defender.

Ó Sé was one of Kerry’s all-time top corner-backs who rarely gave a forward an inch, using his pace and skill to launch numerous Kerry attacks.

Best known for his lung-bursting, attacking runs at incredible pace, McCaffrey is also an accomplished defender on top of his undoubted ball-playing, attacking and scoring skills.

A deserved Player of the Year winner in 2015, his reading of the game makes him stand out alongside his ability to get crucial goals in big games.

Lacey showed his class by winning a couple of All-Stars at corner-back when Donegal football wasn’t as good as it became under Jimmy McGuinness.

He was a very accomplished defender who played a huge role in the 2012 All-Ireland success for Donegal, earning him the Player of the Year accolade.

An outstanding defender who inspired others as a result of his performances.

Tomás Ó Sé could play football in any generation.

Like his uncle Paidí before him in the famous number 5 jersey, he had everything — tough, cuteness, skilful, pacey, good hands and a great tackler who could also take a score.

Since hanging up the boots, he has emerged as a very good pundit on The Sunday Game, displaying all his defensive skills of a no nonsense, straight talker who isn’t afraid to put the boot in.

I’m getting closer to putting the cherry on top of the cake as this particular real deal was a wonderful footballer who could play in any one of the six defensive positions without any difficulty.

Footballer of the Year in 2000 who won four All-Ireland medals and three All-Stars, Moynihan was a brilliant reader of the game, exceptionally skilful and a top man marker.

He played at midfield, wing-back, centre-bank and full-back in big games, and he always performed to a high level.

He rubs people up the wrong way by pulling and dragging opponents by the jersey. I often wonder does he need to get involved in that silly stuff, but it doesn’t take away from the reality that he has been one of the best defenders in the recent years.

If you have someone you need to man mark out of a game, there are few better than “Leeroy” to do the job, as he has proven on a number of occasions.

In a nutshell, the Westport man is a flamboyant, attacking defender, and a supreme man marker. Three goals from wing back in two All-Ireland finals and a semi-final, despite man marking one of opposition’s best forwards, sums up Keegan’s talent.