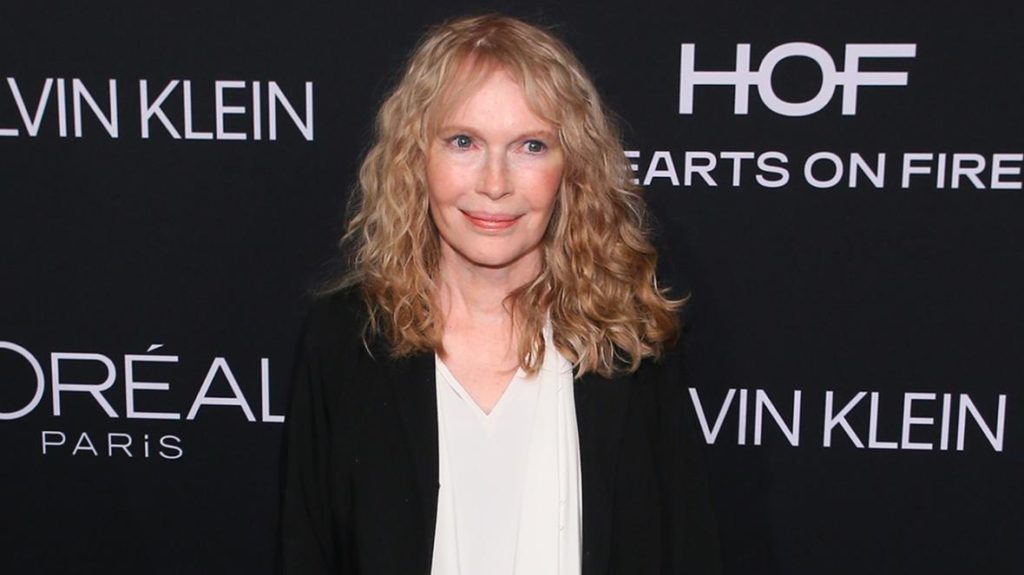 In a Twitter exchange with Boyle native and actor Chris O’Dowd last week, the Golden Globe award winner told O’Dowd of her shock to learn of his family roots in North Roscommon and that her mother Maureen O’Sullivan was born in Boyle.

“Anyone else talking to themselves a lot more than usual? Like, full conversations? Is it the lack of socialising or what?” asked O’Dowd on Twitter.

Ms Farrow replied by saying: “Yes, I was telling myself this very thing”.

However, she shortly engaged with O’Dowd once again: “Omg Chris. Someone just told me you’re from Boyle. That’s where my Mum was born. I’m thinking of moving back to Roscommon,” she revealed.

O’Dowd returned with a kind offer: “Mia, I gave a speech about your Mam a while back. Her return to Boyle and the subsequent parade is one of my earliest memories. I’ll dig out the video and DM you,” he promised, having spoken at the 2019 Oscar Wilde awards about how O’Sullivan’s return to Boyle in 1988 was honoured by the town.

Maureen O’Sullivan, who played Jane in the Tarzan films, was born on Main Street, Boyle, in 1911 in what is now Sheerin’s premises. She was the daughter of Captain O’Sullivan an officer in Boyle Military Barracks, now King House. The family later lived in Riversdale in Knockvicar and then moved to Dublin.

Maureen was “discovered” in Dublin and invited to Hollywood to play a part in a film with the great Irish singer Count John McCormack. Sometime later, she was cast as the original Jane in the series of Tarzan films, based on the books of Edgar Rice Burroughs.

Her co-star was the American Olympic swimmer Johnny Weissmuller who took the lead as Tarzan.

She married Australian Film Director John Farrow in 1936 and she semi-retired to raise their family, one of whom was Mia Farrow. Mia also became a famous film star and celebrity through marriage to Frank Sinatra, Andre Previn and Woody Allen.

Maureen’s husband John Farrow died in 1963 and Maureen returned for a small number of films — one being “Hannah and Her Sisters” with her daughter Mia directed by Woody Allen. She married James Cushing in 1983.

Boyle man Frank Geelan managed to make contact with Maureen O’Sullivan in early 1988, and invited her to return to Boyle at some convenient time.

“I am deeply honoured and touched by your offer and that of your committee to ‘welcome me home’ to Boyle,” she replied. 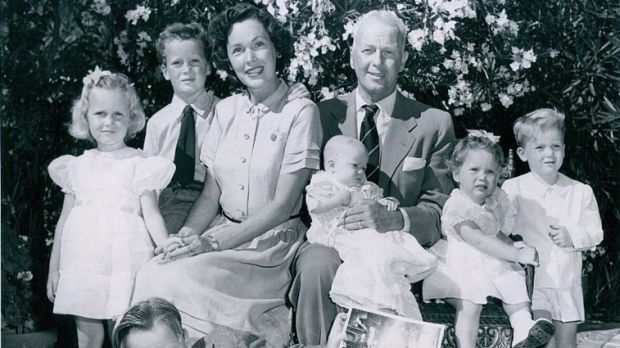 Boyle native Maureen O’Sullivan and John Farrow with their family

Maureen O’Sullivan was honoured in her home town on August 7th, 1988, a day remembered by Boyle historian Tony Conboy.

“She arrived at Riversdale House, Knockvicar, on the Saturday and came to Boyle attending Mass on the Sunday being welcomed by Father Greene, and so a memorable and full day of events followed.

“The Sacristan, the late Paddy Leonard, showed her her baptismal cert, giving her a copy after Mass, and the atmosphere built in the following hours.

“In the afternoon, the parade started at the railway station, led by a magnificent Mullingar Town Marching Band to the stage at the entry to King House. The event was covered intensely by the national media and RTE news cameras.

“Crowds draw crowds, and it all snowballed into Main Street where Maureen got a first glimpse of her birth home and responded emotionally. The band gave a telling rendition of ‘Everything is Beautiful’. And so it was on that gorgeous day.

“There were a number of speeches of welcome and she responded tellingly: ‘My life has come full circle. Today that circle has kind of closed and I am home again where I was born and where my happiest days were spent.

“I have lived in a great many places but the best part of me I owe to Boyle — its influence, Lough Key, the countryside, has given me whatever poetry is in my soul, whatever love I have of God. Whatever it is, it comes from here.”

“Later she unveiled the plaque which can be seen on Sheerin’s today, planted a tree with vigour on Military Road, visited the Arts Festival exhibition at the Parochial School and signed a multitude of autographs on the event booklet. That evening, she attended and participated in a concert given by the best entertainers from the town and area.

“She then retired to Riversdale House where the trip continued the next day with the planting of a ‘monkey puzzle’ tree in the grounds. She visited Mister Frazier, a relative, in Ballinafad and the Roscommon Herald officers where Patsy Brennan presented her with a framed picture of her father in his army uniform. She was also honoured by Boyle Town Commission with a further presentation.

“Maureen and James were taken back by cruiser skippered by committee member Frank O’Mahoney across Lough Key to Riversdale,” recalled Tony.

Now, a famous story may be about to “come full circle” once more.