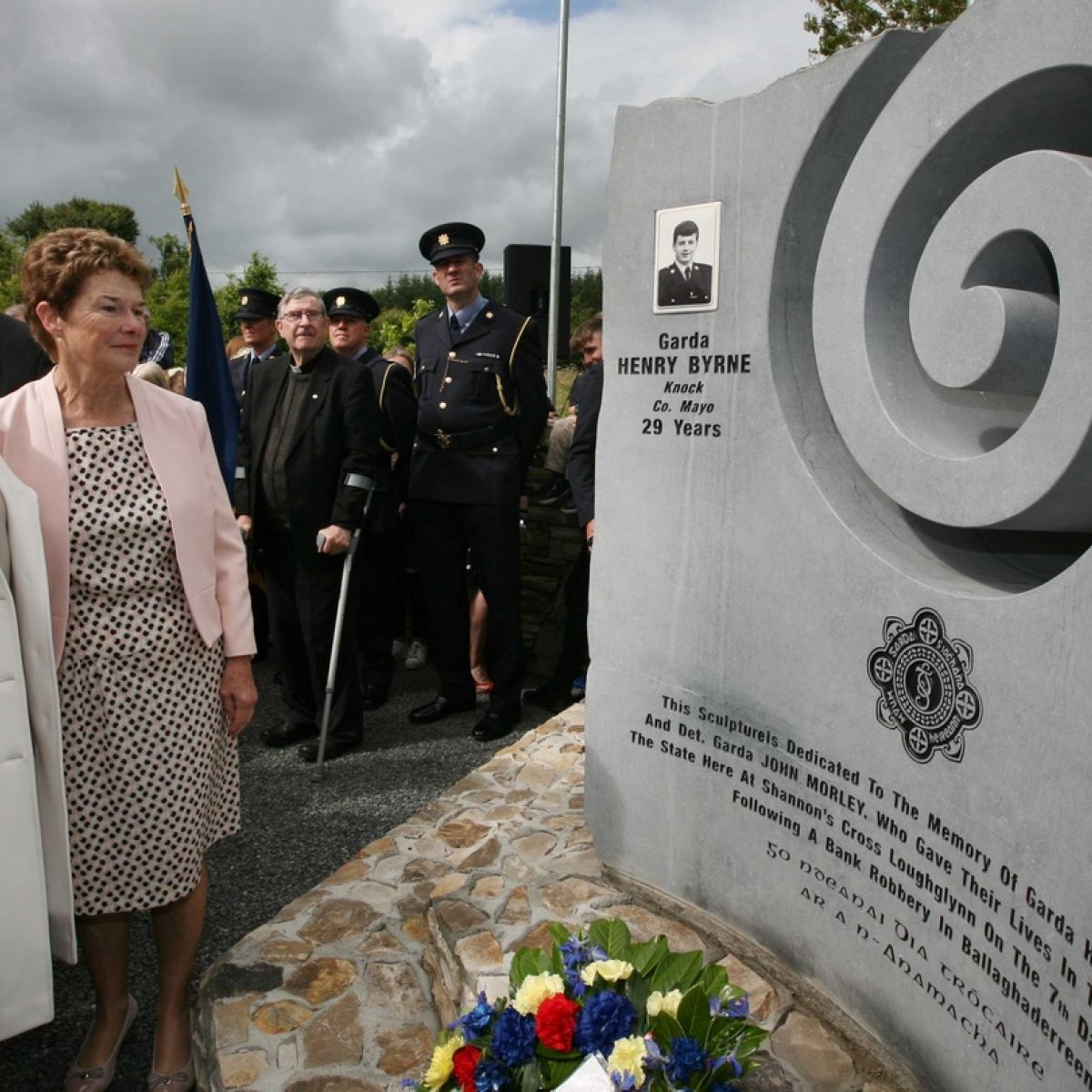 A special ceremony will take place in Loughglynn on Tuesday, July 7th, to mark the 40th anniversary of the deaths of Detective Garda John Morley and Garda Henry Byrne.

Forty years ago on that very date, Detective Garda John Morley and Garda Henry Byrne lost their lives in the line of duty at Shannon’s Cross outside Loughglynn. The two officers were responding to a call about a bank robbery in Ballaghaderreen when they were killed by raiders during an intercept.

Also in the car at the time were Garda Derek O’Kelly and the late Sergeant Mick O’Malley, both of whom survived the terrible ordeal.

In conjunction with An Garda Síochána, a ceremony will take place at 2 p.m. next Tuesday at the memorial monument at Shannon’s Cross that honours the two brave men and marks the place where they tragically lost their lives.

This year’s ceremony at the memorial monument will be taking place against the backdrop of the Government’s Guidelines on Covid-19.

As part of the ceremony, church bells in Loughglynn, Fairymount, Ballaghaderreen and Castlerea will ring out at 2.20 pm, the time the shocking incident happened on July 7th, 1980.

To coincide with the event, the memorial committee is asking everybody to remember the two heroes and say a little prayer.

Next Tuesday, road closures will be in place from 1 p.m. to 3 p.m. to facilitate people getting to the monument and to avoid any traffic congestion or interruption to the ceremony. The committee apologises in advance for any inconvenience caused.