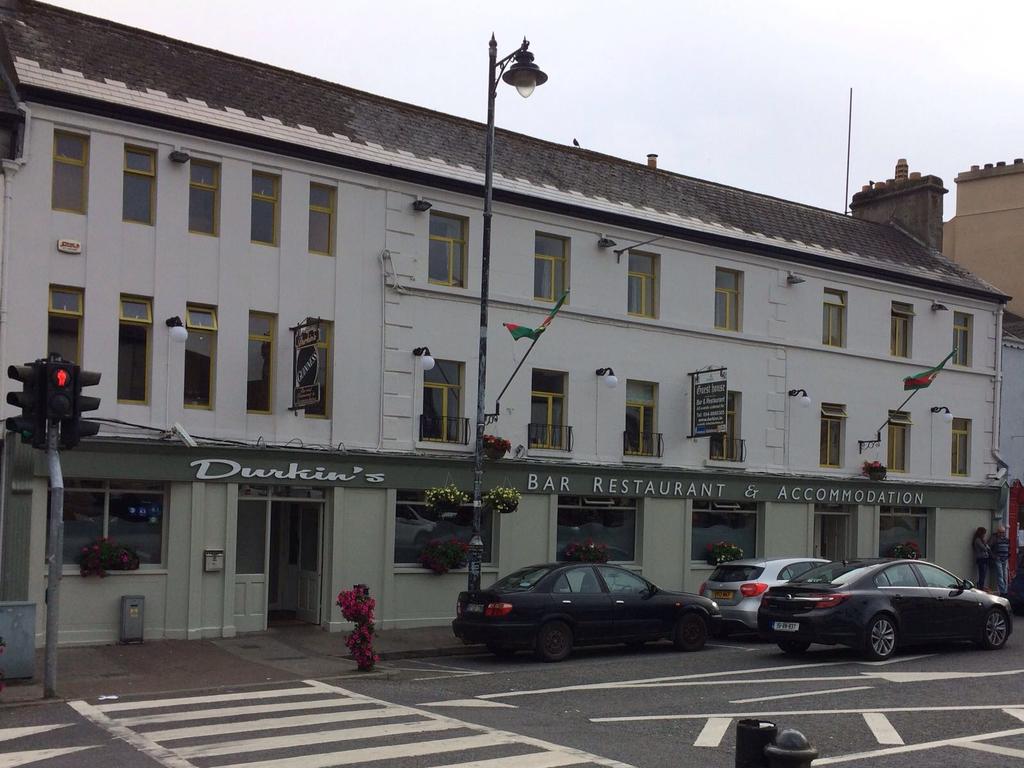 The closure of any business often leaves a gaping hole in the heart of any town. That hole will be particularly acute in Ballaghaderreen with the closure of Durkin’s Bar and Restaurant in recent weeks following a close on seventy-year business association with the town.

Both the pub and restaurant trade are deep in the DNA of Andrew and Colm Durkin. Contrary to rumours, the iconic premises, located on the Square in Ballaghaderreen isn’t sold.

The Durkin family association with local business goes right back to 1952 when William (Bill) Durkin cycled into the town from nearby Glann, near Charlestown. As son Andrew recalls “all he (my father) had was an iron bed on the back of the bike. My father was a tailor by trade. He started out in business on New Street in Ballaghaderreen. Sadly Dad passed away in December 2010 while our mum Mena passed away twelve years ago. She was a native of Raheela, near Frenchpark.”

“The business has been very good to us and very rewarding. We used to get an awful lot of passing traffic, particularly from Mayo. People from the likes of Belmullet used to see us as a natural stopping point on route to Dublin,” Andrew told the Roscommon Herald.

“There have been challenges, however. Many businesses have closed in Ballaghaderreen which has had a knock-on effect on trade. There was also the by-pass of the town, which took away a lot of traffic passing through the town,” Andrew told the Roscommon Herald.

The decline of towns such as Ballaghaderreen is something that both angers and saddens Andrew Durkin. Though the recession hit towns like Ballaghaderreen hard, he feels opportunities to develop local business and industry were lost in better days.

“Rural Ireland has been neglected. When Enda Kenny became Taoiseach, I thought, now, here is a man that understands. And while I know he and his Government were busy with the recovery and Brexit, not enough has been done for towns like Ballaghaderreen.

“The continued expansion and development of Knock Airport would have benefitted towns like Balaghaderreen hugely. There should have been greater investment in jobs and industry in the likes of Sligo or Castlebar, which would have had a knock-on effect for towns like here.

“It’s sad to see businesses closing in the town in recent years. At the height of the recession in the 1980s there were 26 pubs in Ballaghaderreen – now there are only eight in the town following our closure.

“The quality of life in the likes of the West and Ballaghaderreen is second to none. You don’t have that in Dublin. To be fair, efforts are being made by the likes of Micheal Frain, who is trying to develop a ‘creative industry sector’ here with support from NUI Galway.

“You can never say it’s too late to get investment and jobs into towns like Ballaghaderreen. Even investment in the likes of Castlebar and Sligo would have a direct and knock-on effect on the likes of this town,” says Andrew.