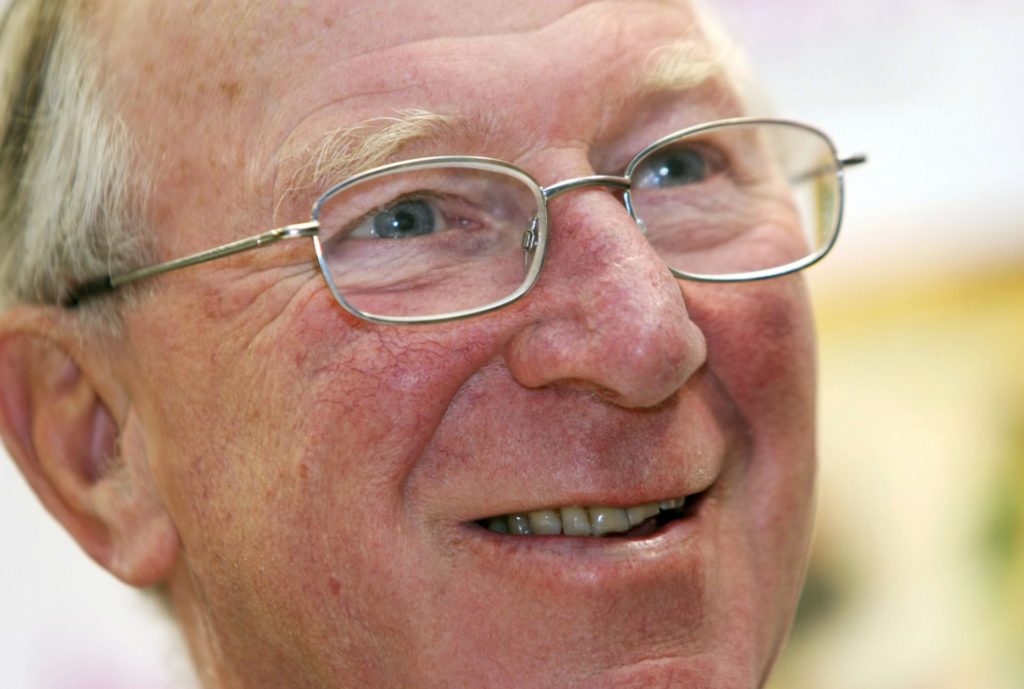 The images remain vivid, as if they were yesterday.

People driving through the main thoroughfares of Ireland’s towns and cities, hanging out of windows or boots of cars proudly waving the Irish Tricolour. They partied on the streets and they danced in the fountains. Being part of Jackie’s Army was the only ticket in town.

And how we made the most of it.

Whether you were the CEO of a major company or a farmer out west, the euphoria, and innocence, associated with the journey became part of everyone’s lives.

There were so many stops on the rollercoaster when you remember where you were at that particular time.

In 1988, I was with St. Michael’s GAA Club at an underage tournament in St. Jude’s, Dublin. Having battled bravely on the field, we returned to the clubhouse to see Ray Houghton put the ball in the English net, thinking it was John Aldridge initially.

The image of Jack Charlton putting his hand to his head in the aftermath of one of the most famous goals in Irish sport has always resonated with me. Like the rest of us, he was probably thinking “what the hell is going on here?”

I saw us play the Soviet Union off the park in Corrigeenroe, and can vividly remember trying to replicate Ronnie Whelan’s volley in our front garden the next morning. The ball ended up in the nearby river or in the neighbour’s field. I didn’t succeed but, as the saying goes, I was “brave in the attempt”.

When Wim Kieft broke our hearts, I was on the bog saving turf with my father but the car radio was a wonderful companion that day.

As a First Year in St. Mary’s College, Boyle, the Boys in Green interrupted our education, not that we were bothered, on more than one occasion.

The games that confirmed Ireland’s place at the World Cup for the first time — against Northern Ireland and Malta — took place in the afternoon as the old Lansdowne Road didn’t have floodlights.

For those matches, a television was wheeled into Francie Flanagan’s classroom, and we made the most of our reprieve from the books.

When Ronnie Whelan, Ray Houghton and Tony Cascarino put us on the cusp of Italia ’90 against Northern Ireland, we knew that something special was unfolding. The legendary Jimmy Magee did the commentary for RTE that day as Que Sera Sera could be heard all the way back to North Roscommon.

Qualification was confirmed when John Aldridge finally brought his shooting boots to the Ta Qali stadium in Malta. We were on our way to the World Cup.

While every soccer fan will have their own memories from 30 years ago, the penalty shootout against Romania at Italia ’90 was the pinnacle for me. At home, like a coiled spring on the couch, I can still see that grown man cry after David O’Leary put us into the quarter-finals of the World Cup.

After that, I plagued my Uncle Ollie, a League of Ireland referee at the time, for tickets to Ireland matches. I had caught the bug and I wanted to see and hear, first hand, how the best fans in the world sang inside Lansdowne Road.

I would take the train to Dublin, sometimes in the company of Joe O’Donnell from Boyle, and Uncle Ollie would pick me up in Connolly Station. Whether we were in the East or West Stand or the old bucket seating behind both goals, for a young, innocent Roscommon supporter, this was sporting paradise.

I would often focus on the Irish dugout, trying to get a glimpse of this man who had changed the face of Irish soccer.

After a few decades of the rosary, I stayed with my late grandmother and watched Ray Houghton float the ball over a stranded Gianluca Pagliuca as Ireland beat Italy 1-0 at USA ’94.

When Patrick Kluivert ran riot for the Dutch at Anfield in 1995, everyone knew what was coming but it didn’t soften the feeling of devastation.

Listening to Jack talking about not wanting to overstay his welcome for fear of falling out with the Irish people summed up the man.

I met him twice — firstly, when he arrived in Lough Arrow for some fishing in the late nineties. I remember standing beside the late Fergus Ahern who talked about the most successful manager we ever had. Young and old, everyone got goose bumps in his presence. I still have his autograph from that pleasant South Sligo afternoon.

He was also a special guest at the Sligo Weekender Sportstar awards. I brought my father along for company, Once again, Jack came across as a genuine, humble, down to earth human being.

Only last year, at the Roscommon Herald/SuperValu Sportstar of the Year awards, special guest Ray Houghton recounted some stories about him — from how Jack used to get players’ names mixed up to how he ended up playing for Ireland.

“People often ask me why I chose to play for Jack Charlton and Ireland, but the truth is that Scotland never asked me!

“Jack knew my father was from Buncrana and he asked me to join up with the squad after he watched me play for Oxford in a game. I asked for a few days to think it over.

“I got home late that night, then at 9.30 a.m. the next morning, he was on the phone, asking if I’d made my mind up yet! I asked him what happened to the few days,” he revealed.

Jack Charlton’s death yesterday felt as if someone in our family had been taken away from us — someone we knew even if we never got the chance to spend time in his company, which, by all accounts, was time well spent.

We savoured the highs, finally believing, as a country, we could achieve anything.

Thanks for the memories Jack.