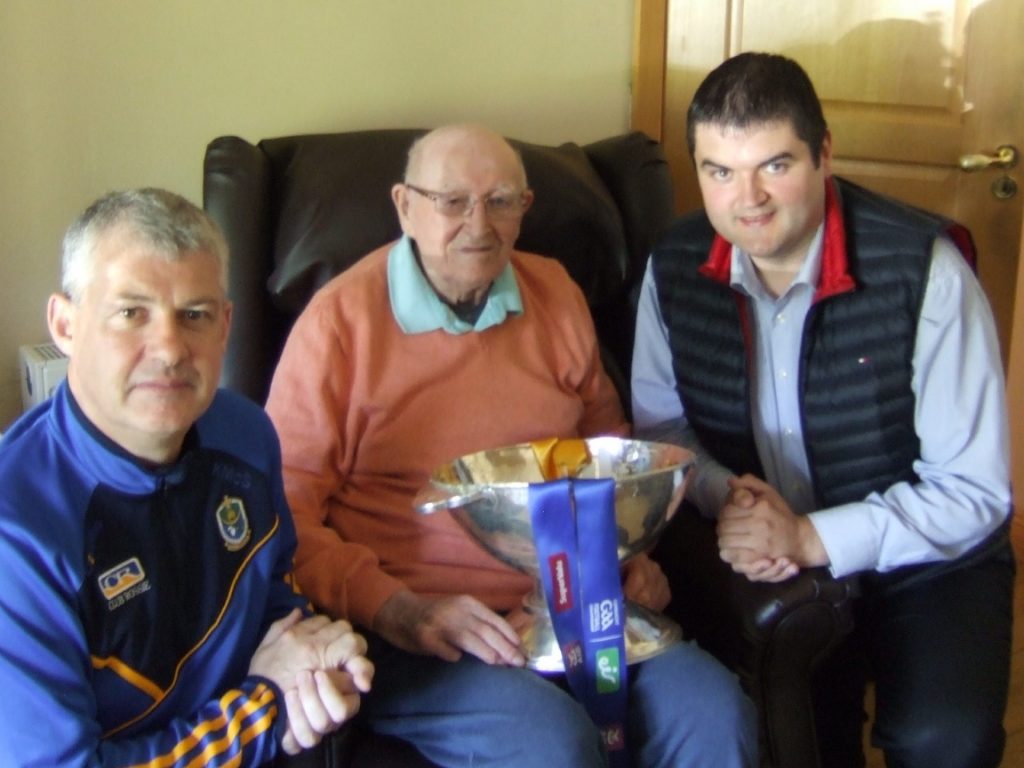 Brian Carroll (right), pictured with the late Liam Gilmartin and former Roscommon manager Kevin McStay, has been flying the flag for his club and county at local and national level.

Kilmore GAA Club has answered its county’s call in more ways than one, according to Roscommon Herald columnist SuperValu Sam…

Tommie Kenoy took up the position of secretary of the national GAA club players’ body (CPA) recently. It sees Kilmore GAA Club continue a remarkable tradition when it comes to officiating at county and national level.

In 1990, Tommie took up the baton as chairperson of Roscommon County Board and served for eight years. It was often said that he was ahead of his time. His enthusiasm has never waned.

There’s something in the water when it comes to Kilmore GAA Club and administration. It is in the club’s DNA, and most certainly in the fields.

Those GAA fields weren’t far away from closing in the fifties due to emigration. It was a strain to keep the project moving. Perhaps that history has instilled a sense of pride and forward thinking.

The mild-mannered Michael McGuire served as chairperson of the county board for five years. He went on to serve at national level too. After a long stint in the game, he could have put the feet up. But they don’t tend to do that in Kilmore. The club comes first, second and third. It’s a way of life.

Michael is still heavily involved as a club official. So too is Tommie Kenoy who was there at the meeting at the Old Hall in 1972 when Kilmore decided to affiliate with Roscommon County Board.

Fast forward almost three decades and it was Tommie and the Kilmore club that brought the motion to GAA Congress to amend Rule 42. This would end up making €36 million nett profit for the GAA. For the record, Kilmore never received a cent.

The late Frank Dennehy also made a massive contribution as an administrator. Frank served as assistant secretary, PRO and secretary at county board level. It is impossible not to think of Frank talking about something GAA-related when one recalls that deep voice of his. Frank was the county board’s president when he passed away in 2016.

Brian Carroll carries the administration flag for Kilmore at county and national level today. Brian’s enthusiasm was obvious from the day he first got involved with the county’s supporters’ club. He has since graduated to be PRO and secretary of the county board, and currently sits as vice-chairperson. He also sits on Croke Park’s CCCC.

Brian is very forward thinking too. And you’d do well to get him to reveal any county board secrets. That’d be the Templemore training in him!

Brian is also heavily involved in the community outside of the GAA club, keeping the parish of Aughrim/Kilmore well-informed of events during the Covis-19 lockdown.

It is remarkable that the aforementioned officials have managed to balance their schedules to hold club roles, while involved at county board level. Their dedication is extraordinary.