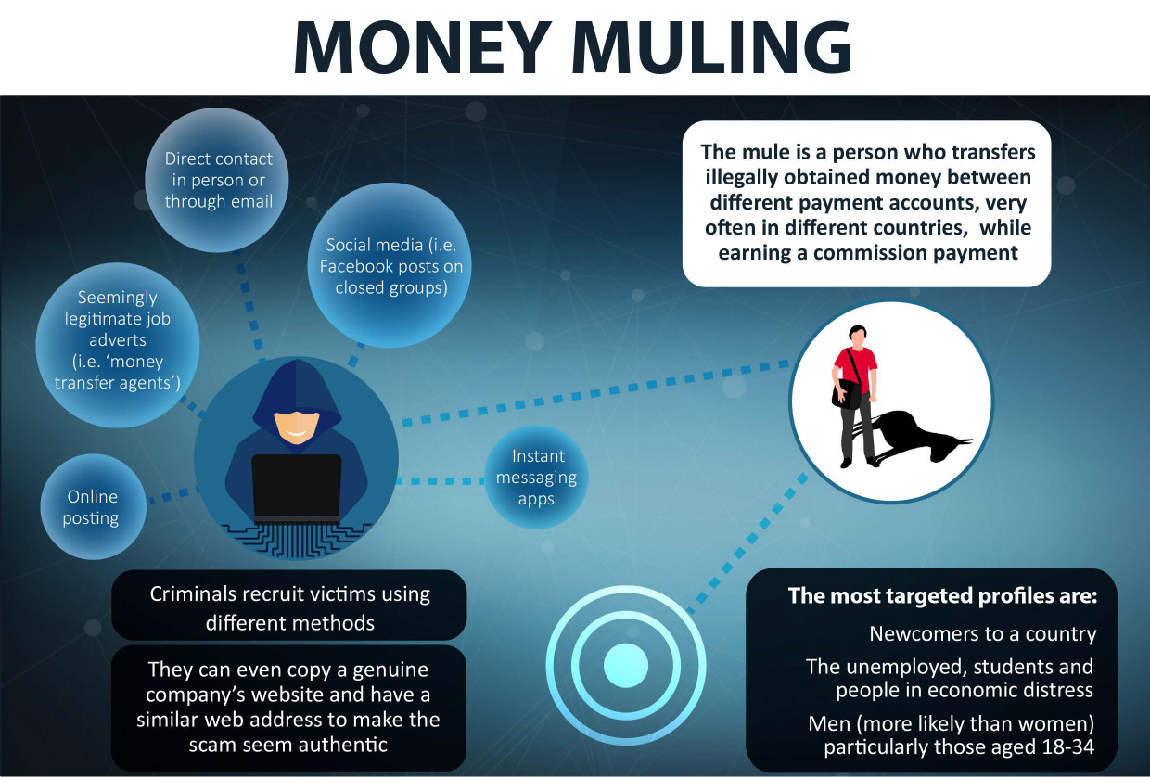 People in Roscommon, particularly students have been advised by Gardai not to be duped into money laundering or becoming ‘Money Mules’, which if convicted, can carry serious penalties.

Gardaí are appealing to the public in Roscommon particularly younger people not to permit anyone else use their bank account. The warning follows an arrest made in West Cork last week in relation to suspected money laundering.

The man, aged in early 20s, is believed to have allowed a large quantity of cash be lodged and transferred using his account. He was detained under Section 4 of the Criminal Justice Act and later released. A file will be prepared for the Director of Public Prosecutions.

Gardaí are warning people in Roscommon that such situations as outlined above, normally involve a person known as a ‘Money Mule’.  The practice usually involves criminals recruiting young people to help launder stolen or illegal money using their bank account – often unwittingly.

The chance to earn a ‘quick buck’ is a tactic used by fraudsters to recruit money mules, who are promised a share of the proceeds in exchange for their bank account details. A Money Mule is a person who transfers money illegally on behalf of other people. They allow their account to be used for the transfer of ill-gotten gains. They may or may not be aware of the crime.

However, such persons are complicit if they recklessly allow their account to be used to launder the proceeds of these crimes. Young people are often targeted by organised crime gangs to act as money mules, laundering thousands of euros through their accounts in exchange for a few hundred euros.”

Anti-money laundering legislation is designed to prevent organised crime gang members from opening up accounts so they need money mules to launder their money. Students are an easy target for these ‘money herders’. They are often approached online, on campus, or while out socialising.

Crime Prevention Advice from Gardaí strongly advises people not to allow anyone use their bank account, not to share personal bank account data, not to receive or send money and for people, if suspicious, to trust their better instincts.

Gardaí are also advising the public that if approached to facilitate this crime, to refrain from doing so and report the matter to Gardaí and warn that facilitating such activity means a person is committing the offence of money laundering.

Gardaí have emphasised that money laundering is a serious offence which on conviction can carry a penalty of up to 14 years imprisonment. This can have particularly serious implications for young people in respect of any future travel plans, career opportunities, vetting and credit ratings. Further crime prevention details are available on www.garda.ie