Roscommon GAA considering an increase in their streaming offering

Roscommon county board have confirmed that they are looking into the possibility of offering more club championship matches on their streaming platform, following yesterday’s announcement that the GAA is to allow counties to stream games at the same time as live broadcasts on TG4 and RTE.

In a week’s time, Roscommon GAA will team up with Nemeton TV to offer live coverage of the senior football championship clash between St. Brigid’s and Clann na nGael from Dr. Hyde Park, however it had been prohibited for counties to broadcast any games at the same time as nationally televised fixtures, as part of the agreement with TV stations, and this ruled out the option of Sunday afternoons, when viewership and interest tends to be quite high. 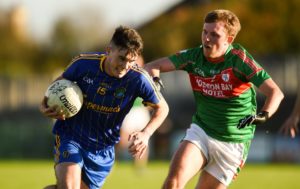 “We’re certainly looking into what we can do in light of this new announcement” said Roscommon GAA PRO Hugh Lynn.

“As a county board, we’re conscious of the fact that the current national guidelines, which only permit a maximum of 200 people in attendance at any game including players and management, means that a lot of supporters won’t get the chance to see as many games as they would have. This decision gives us the opportunity to broadcast more, but there is a cost involved and that has to be considered as well.

With just a week to go until the first round of games, time pressure will be an issue if the county board are to try and broadcast any of the ties scheduled for Sunday July 26th, though there would be considerable neutral interest in the repeat of last year’s county championship semi-final between Pádraig Pearses and Boyle. Pearses will meet Michael Glaveys on Sunday August 2nd in another game that would be attractive to viewers, however on the same afternoon All-Ireland champions Corofin will meet Oughterard in a game that will be broadcast on TG4, which is also likely to draw significant interest all across Connacht and beyond.