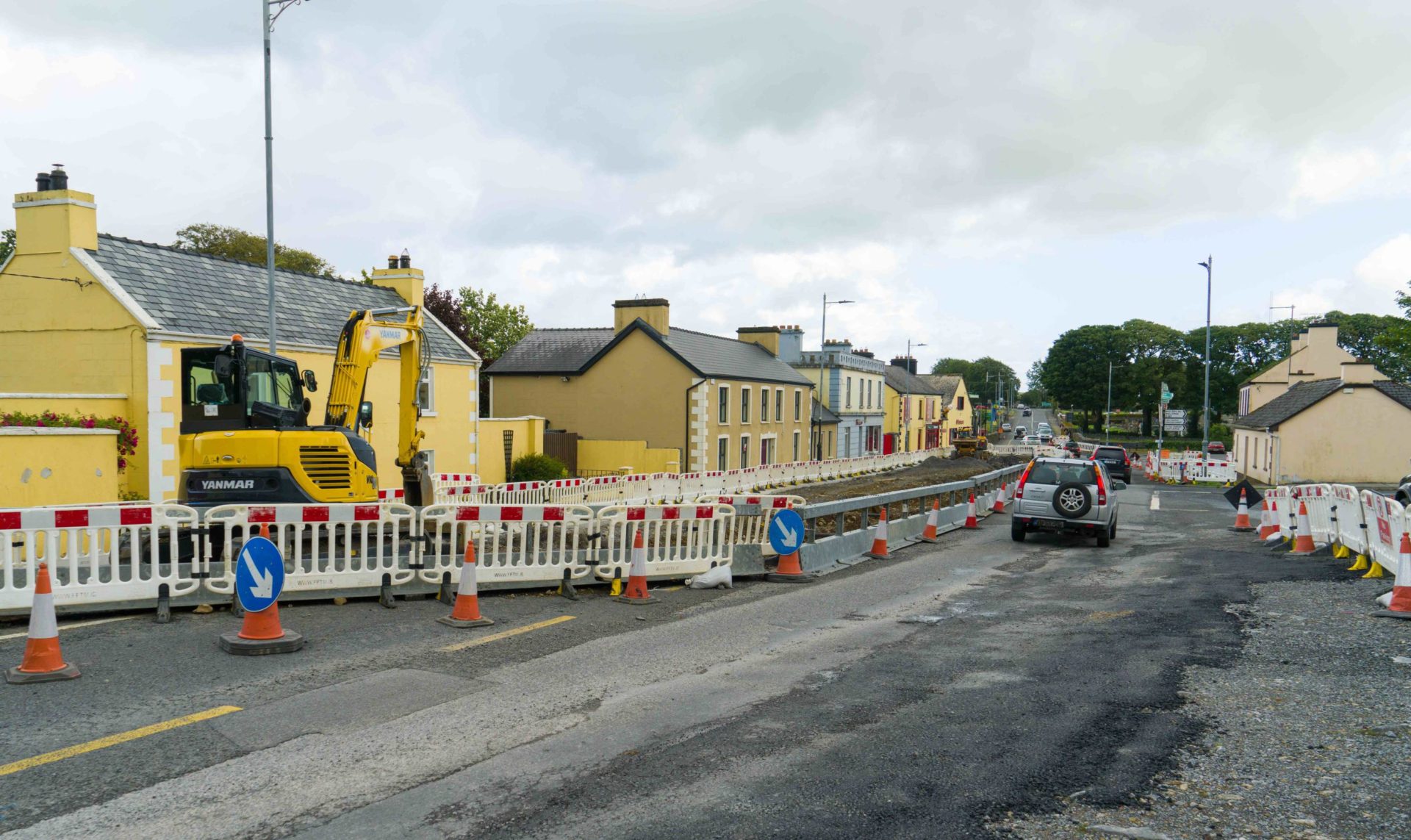 Major tailbacks in Tulsk are causing major headaches for local residents and people driving through the village. The tailbacks in some cases are extending to one mile with delays of as much as 40 minutes, a recent meeting of the Boyle Municipal District heard.

The pace of ongoing road surfacing works in the village was raised by Cllr Liam Callaghan. He asked how long it would take to complete the works, claiming they were causing inconvenience for local residents as well as lengthy tailbacks of traffic passing through the village on the N5 Dublin to Westport road.

Cllr Callaghan said there was a great need for personnel and better traffic management at the site, particularly at weekends.

Municipal District Co-ordinator Michael Conlon admitted there had been delays with the works as the road surface was being lowered in the village and new footpaths were being installed. He said the works “would be well tidied up in the next two weeks or so.”

Mr. Conlon said “delays were unavoidable” as the works were taking place, but said there was traffic management and temporary traffic lights at the site of the works at weekends, which was assisting traffic flow through the village.