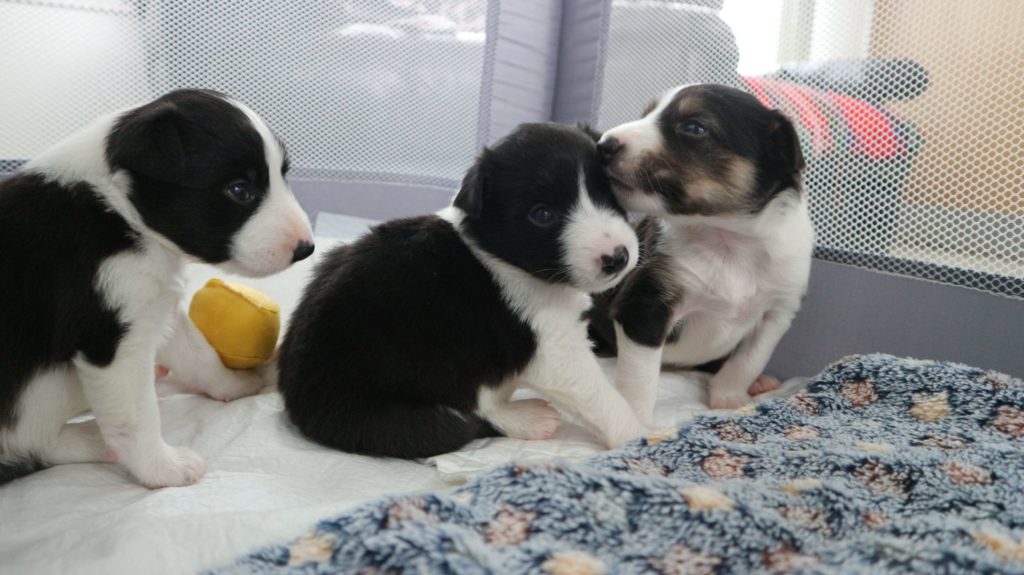 Fern, Alex and Glen who were rescued by the ISPCA.

It has become an all-too familiar narrative during the pandemic.

Animals abandoned on the side of the road or, in this case, in a plastic bag and left dangling over a river.

“It was touch-and-go whether any of the puppies would survive,” said Denise McCausland, ISPCA Centre Manager and Veterinary Nurse.

“As a veterinary nurse, I know just how important it is that they get enough fluids for both nourishment and hydration and also that they expel frequently and easily. Too much or too little and the situation can change for the worse really really quickly.

“The puppies were weighed every few hours to check their gums for colour and that their little bellies were comfortably full and stretched. If their skin is too loose, their gums discoloured or their urine too dark, we would need to intervene immediately”, explained Denise.

Denise went on to say that she was extremely worried for the puppies’ welfare initially.

“I really didn’t rest more than 15 minutes at a time for those first few nights. They were placed under a heat lamp to keep them warm and a ticking clock helped calm them when they cried for their mom.

“It was just so heart-breaking. They were also suffering from the shock and stress of suddenly being orphaned.

“Now they have almost doubled in weight and are starting to behave like puppies should. It is really wonderful that they have all survived and are now able to comfort each other after such a terrible start in life,” she continued.

Although Fern, Alex and Glen have pulled through, they still need a lot of critical care and will need to stay at the ISPCA Animal Rehabilitation Centre for several more weeks.

“It breaks my heart to tell you these rescue cases aren’t one-off,” concluded Denise.

The ISPCA is continuously responding to calls about animal cruelty, neglect and abuse made to its National Animal Cruelty Helpline. It takes on average 54 days of rehabilitation and care before the animals can be re-homed.

Many of the ISPCA’s fundraising activities have been cancelled or postponed during Covid-19. Any support would be appreciated.