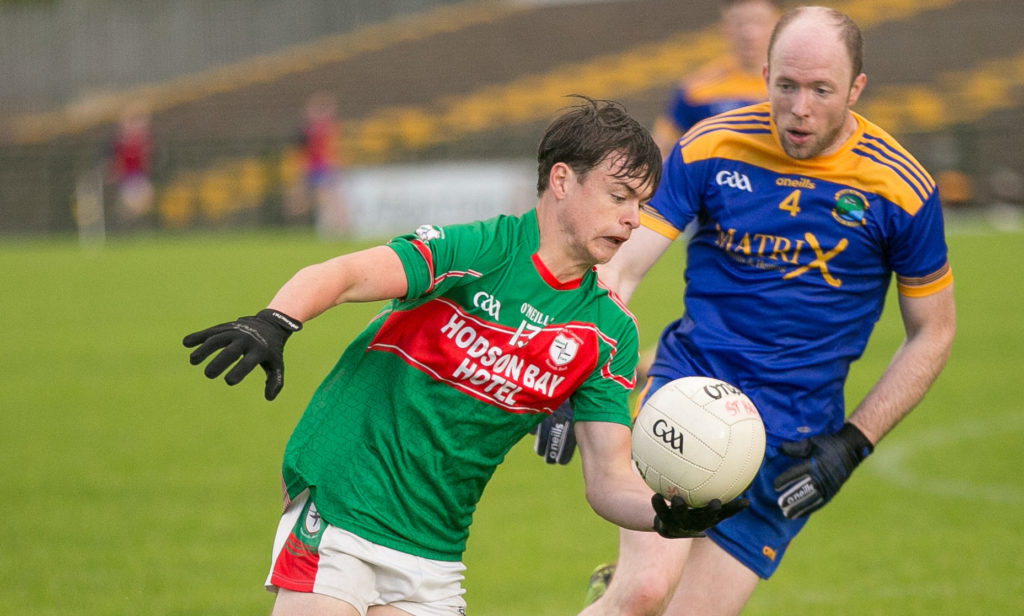 It may have taken the Government plenty of mugs of coffee during their dithering to finally release a “Green List” for countries Irish people can travel to this summer but it only took one round of the Roscommon SFC for some teams to hop on a green list of their own as they take flight towards the knockout stages of the championship.

Granted the list may alter on a weekly basis depending on results, but, right now, Western Gaels, Elphin and Michael Glaveys look set to remain in the safe zone for a prolonged spell.

This weekend, Boyle, St. Brigid’s, Clann na nGael, Padraig Pearses, Roscommon Gaels and St. Croan’s will be hoping to see their restrictions lifted while Tulsk, Fuerty and Strokestown, unless they can get the R rate down, will be in quarantine for the rest of the championship.

My first port of call was Dr. Hyde Park on Saturday evening for the clash of Clann na nGael and St. Brigid’s, a match that radiated a strange and surreal atmosphere.

This year’s club championship is like a box of Milk Tray — no one knows what’s inside until you open it. Low and behold, what a surprise as these two old foes produced a cracker. There were treats galore once the wrapping on the box was opened.

The game has everything (except supporters) — drama, a sensational comeback, a dramatic conclusion and the odd deluge of rain to wash away the sweat.

St. Brigid’s have an exciting, young team cooking in the oven but they learned a harsh lesson. Inside the opening quarter, they left Clann chasing shadows with their free-flowing football. The 2016 and 2018 champions appeared to be still in lockdown with new manager Liam Kearns probably wondering “what the heck am I doing here?”

Forty-odd minutes later, Clann had outscored St. Brigid’s by 1-14 to 0-6 in a comeback no one seen coming down the tracks.

St. Brigid’s have real promise; Clann need to eliminate their Jekyll and Hyde performances. However, coming from 11 points down against their deadliest of rivals was remarkable and they left Hyde Park resembling men who had won rather than drawn.

Twenty four hours later, lightning struck twice as Padraig Pearses came from 12 points down against Boyle who played the best football of the weekend and still couldn’t beat the defending champions.

Pure madness, but the club championship is back with an almighty bang.