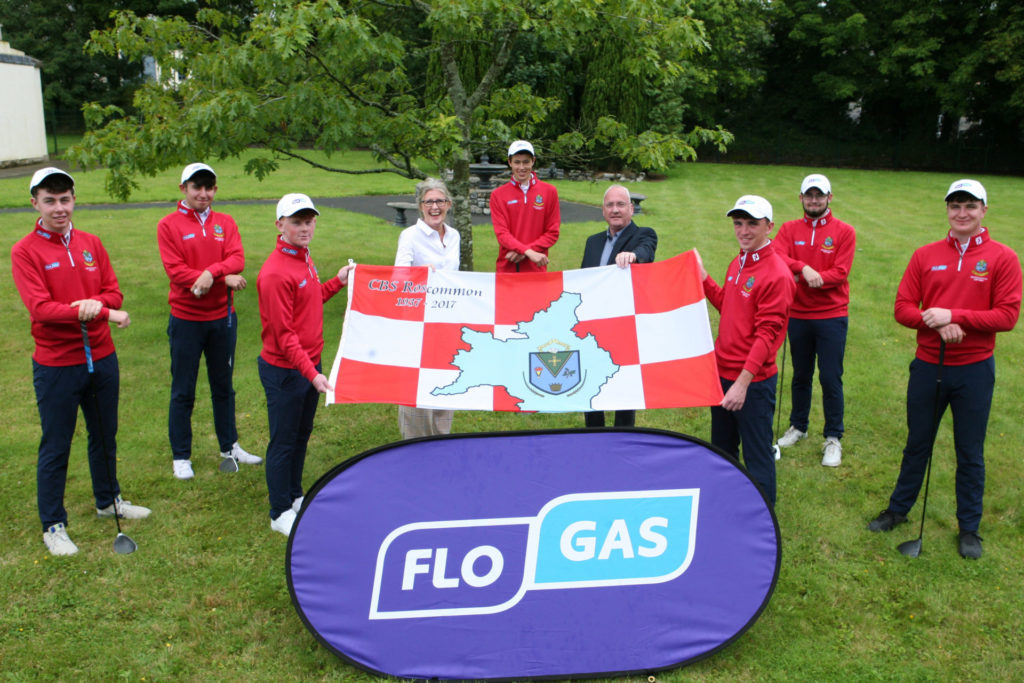 Flogas has announced its sponsorship of the Roscommon CBS senior golf team, which is representing Connacht at the upcoming Golfing Union of Ireland (GUI) 2020 Irish Schools’ Senior Championship finals on Tuesday, August 18th.

It is the school’s third year in a row to represent Connacht at the finals, which they won in 2018 and were semi-finalists in 2019. The talented teens and their manager, teacher Mark Hodgins, are aiming for a second win in 2020. For three of the students, it will be their last time to compete for their school.

Roscommon CBS will tee off against the winners from the other three provinces — Blackrock College, Dublin, for Leinster, Colaiste Choilm, Ballincollig, for Munster and RBAI, Belfast, for Ulster — at Macroom Golf Club, County Cork, on Tuesday, August 18th.

“We’re delighted to be sponsoring the CBS Roscommon team, which has worked very hard to get to the finals and we know they will do their province proud. We wish them the very best of luck,” said Donal Moran, local company representative, at the photocall to announce the Flogas sponsorship in the garden of the Edmund Rice Autism Centre on the school grounds.

“I am very proud of our team and the passion and dedication they have shown in reaching the final of this very high-profile championship. I especially want to thank my fellow teacher Mark Hodgins for all the hard work that he has put into managing the team. The entire school will be wishing them the very best,” said Fiona Gallagher, Principal, CBS Roscommon.

Outside school, members of the team also play at Roscommon Golf Club and claimed the Fred Daly trophy for 2019, the boys’ blue riband event in the club golfing calendar, following an epic finale last September.

These championships are organised by the Golfing Union of Ireland (GUI), the governing body for the sport in Ireland.