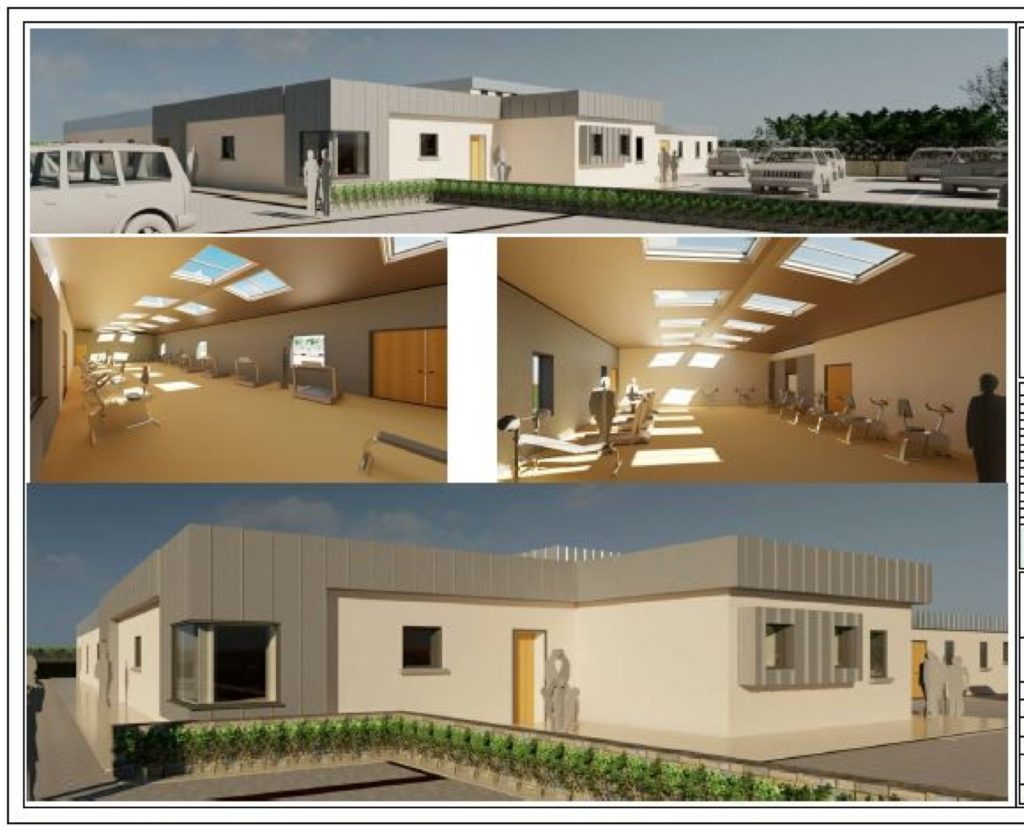 St. Brigid’s GAA Club has officially launched a major development project involving the construction of a new gym and meeting room along with a series of infrastructural upgrades.

Sustained development has taken place over the decades at the South Roscommon club since the original purchase of five and a quarter acres at Newpark, Kiltoom in 1953. The last development of this scale at the club occurred in 1988 when the Community Centre Complex was built.

Among its extensive facilities, the club now has three floodlit pitches, a handball complex in Curraghboy and a community walking track.

As the club now moves into the next phase of its development, St. Brigid’s currently caters for 18 teams from U-8 to senior, across boys, girls and adult grades.

The current development project involves the construction of a new gym and meeting/multi-functional room as part of a new extension to the existing Complex. The upgrade and extension of the car park and upgrades of the club dressing rooms, kitchen and roof will also take place as part of this project.

“This is a major development which will benefit our club, the wider community and future generations. The club is receiving significant funding from Leader and a specific target from our own resources now needs to be raised,” explained Club Chairperson, Michael McDonnell.

To coincide with the project, a fundraising campaign is getting underway, centring on a “Buy a Brick” initiative where people can sponsor illustrated bricks that will eventually go on mounted displays in the new building.

“We are encouraging all our members and our club diaspora to support the club’s fundraising efforts in whatever way possible in order to bring to fruition a development that will have lasting benefits for our club and community,” said Mr McDonnell.