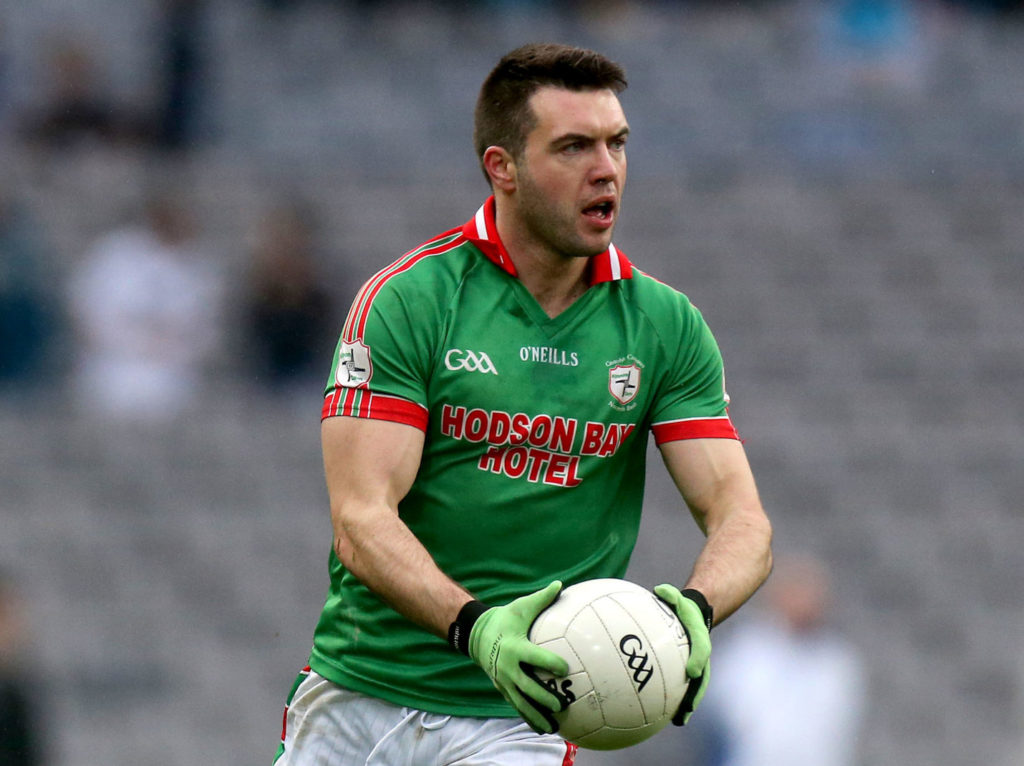 Ian Kilbride in action during St. Brigid’s greatest day in its history on St. Patrick’s Day, 2013.

One of St. Brigid’s GAA Club’s finest servants leaves Ireland today for an overseas mission with the Defence Forces.

Ian Kilbride has been to the fore during some of the South Roscommon club’s greatest days, leading to that never-to-be-forgotten All-Ireland club triumph in 2013.

His physicality was a huge asset to St. Brigid’s during the glory days. That willingness to work hard in the trenches, paving the way for the likes of his brother Senan, Karol Mannion, Frankie Dolan to grab the limelight further up the field.

A few years ago, he trained hard overseas in an effort to get back into the Roscommon senior football panel under Kevin McStay. Given his military background, he followed his training programme to the letter of the law to make sure he was in the best possible shape when he returned for the 2017 provincial championship.

It summed up his attitude and his determination to be the best he could be. Later that summer, he won a Connacht Senior Football Championship medal, a fitting reward for all those hours spent training on his own.

St. Brigid’s GAA Club has led the well-wishes to its former player, something no doubt being replicated by team-mates at both club and county level.

“St. Brigid’s would like to wish our colleague, Commandant Ian Kilbride, all the very best as he embarks tomorrow for a two-year dispatch to the Middle East with the Defence Forces,” the club posted in a Tweet on Thursday.

Best of luck Ian from everyone in the Roscommon Herald.