In 2019 Elphin got their championship off to a wonderful start, but that proved to be a false dawn, with the wheels coming off almost immediately as they crashed out to St. Croan’s next time out. In fact, Elphin have now won their last four opening round championship fixtures, and no other senior club in Roscommon has won more than two in a row – but in none of those championships did they go on to truly build on that potential.

Had they played Clann last weekend, they might have beaten them too. The Johnstown side clearly had a lot of dirty petrol to get out of their system, but by the end they were humming like a new motor. Add in the very low percentage chance of Donie Shine misfiring two weeks in a row, and we’re going to say that Clann should be top of the group table by 9 p.m. tonight.

There’s no point pretending otherwise – Roscommon Gaels were not good last weekend, and it’s hard to be optimistic about their long-term prospects. The likelihood is they will get a lot more out of players like Mark Healy, Peter Gillooly and Ronan Carolan as the year goes on, but there’s reconstructive surgery needed if the Gaels are to get back to where they were 12 months ago.

That said, they still should beat St. Croan’s. Already Eamon Towey has had a positive influence on his home club and they’ll have the bit between their teeth in this tie, but they don’t have the physical power or the top-level experience of Western Gaels, and the Frenchpark outfit needed every bit of that last Saturday in Lisnamult. 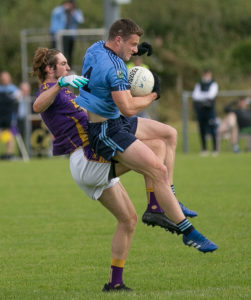 Western Gaels overpowered Roscommon Gaels last weekend – but St. Croan’s might not have the same firepower.

It remains to be seen what psychological impact last Sunday’s draw in Woodmount will have on Boyle. The idea that they’ll just brush it off doesn’t wash, getting a win over Pearses was too important to them and while a draw isn’t a disaster by any means, all draws are not equal.

However the Boyle men could show up to Strokestown suffering from post-Vietnam-war scale PTSD and they still would be able to easily brush aside Tulsk. The physicality and intensity of Boyle’s performance in Woodmount was immense, and Tulsk have no way of being prepared for that. Barring a catastrophic degree of complacency from Basil Mannion’s side, this will be a double-digit margin win for Boyle.

We knew Éire Óg would be vastly improved this year, but we didn’t realise by how much. Not alone does Conor Cox’s arrival transform their attack, it has also energised the rest of the group with players like Enda Crawley, Thomas Greene and Liam Creaton all hugely impressive against Castlerea last week. Creaton may not feature for the remainder of the season after suffering a serious injury but even allowing for that, this group has all the weaponry needed to pile the pressure onto a beleaguered Kilmore side that is already likely to be mentally preparing for a relegation showdown with Castlerea on their home turf in round three. 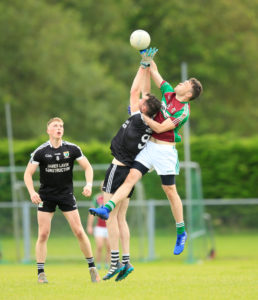 Championship campaigns for Éire Óg and Castlerea St. Kevin’s got off the ground in a very different fashion last weekend.

The problems in Castlerea St. Kevin’s run even deeper than might have previously been thought. They were a distant second best to Oran in last year’s championship semi-final and they appear to have regressed since then, possibly by a significant amount.

Meanwhile Oran have put yet another county final defeat behind them and regrouped, looking even more dominant against Kilmore than the final score suggested. There’s a balance and depth to the Oran attack that is sorely lacking in the St. Kevin’s ranks and while another four-goal ransacking is unlikely to be inflicted on the Castlerea back line, they’ll still concede one or two, and that’ll be enough to give Oran a comfortable win.

Both of these clubs started poorly but then found some form in their first-round encounters, though the gulf in class between their respective opponents meant that while Creggs turned a five-point deficit into a handy win, all St. Aidan’s could do was try to stem the bleeding against St. Faithleach’s.

They did that by winning the second half, but they’ll need to find another level again here as they just don’t have the type of scoring power that Creggs manager Ger Dowd has at his disposal. Admittedly, Creggs don’t have the running threat that St. Faithleach’s do at midfield and half-back, and this was the weapon that St. Aidan’s couldn’t disarm in last Sunday’s game in the Hyde. However even without that, they have enough to win this all the same.

Kilbride vs St. Faithleach’s, Saturday at 5 p.m. in Oran

After collapsing spectacularly against Creggs last week, the last thing Kilbride need now is to see the hottest of hot favourites for the intermediate title coming down the tracks, travelling well on the back of a comprehensive first round win. If Shane and Ronan Dowd were able to wreak havoc on the Kilbride defence, what could Diarmuid and Ciaráin Murtagh do if they hit the ground running in Rockfield?

Our guess is quite a lot.