Trump is banning Tiktok – so what should Roscommon do?

Kevin Egan’s Look At The World

So it’s official – Donald Trump wants to ban the social media app Tiktok from the USA. Officially, this threat stems from concerns regarding the possibility that the app’s parent company, ByteDance, is harvesting the data of millions of American users, and in no way connected to the fact that users of the app, along with fans of K-pop, were responsible for incredibly poor attendances at a recent rally for Trump, held in Tulsa, Oklahoma. 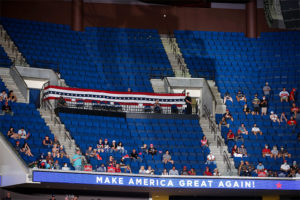 This was all tiktok’s fault, apparently.

Far be it from the Roscommon Herald to suggest that the 45th President of the United States is an ideal role model, however there is plenty of potential behind the concept of using concerns to settle old scores. With that in mind, perhaps Roscommon as a county should look to strike some blows off the field, long before the Connacht championship gets underway this October.

Step One: Due to Covid-19 concerns, all stag and hen parties are to be prohibited for at least two years after pubs re-open.

As we all know, at a time when social distancing is all-important, it’s imperative that when the pubs do re-open, that customers behave responsibly and sensibly. Such behaviour is far too much to expect of stag and hen parties, so they need to be banned for much longer. This is in no way related to the fact that the Leitrim economy is 87% comprised of stag parties in Carrick-on-Shannon, that’s entirely coincidental.

Now that Roscommon has gone nearly four weeks without a case of Covid-19, it’s time to protect the county against outside infection. Some would argue that when it comes to protecting the western frontier against an infestation of “Mayo4Sam” waste and detritus, which usually litters the landscape once a year in August or September, this would be a good policy in general. For now however, a wall all along the Mayo/Roscommon border is clearly necessary, and since Ballaghaderreen falls under the auspices of Roscommon county council, they need to be kept on the good side of the wall. If that means that their footballers have to bite the bullet and look east rather than west, thus aiding Anthony Cunningham’s cause, that’s just an unintended consequence. 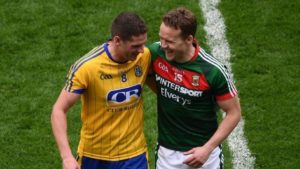 Moran and the Rossies – side by side at last

Step Three: Roscommon to assist in the third level crisis

Right now, every third level student in Ireland is wondering what’s in store for them next month – are they going back to college, will their course take place on campus or online, will it be worth taking up accommodation close to their college, or are they as well to commute up and down to UL, UCD, Athlone IT or whatever.

The answer is simple – to relocate NUIG to Tarmonbarry. It’s well connected on a large national route, there’s ample space to set up large lecture theatres that will allow for plenty of social distancing, and the area deserves the boost following the recent Bord na Móna closures.

Galway doesn’t need it and frankly, we don’t want Galway to have it. 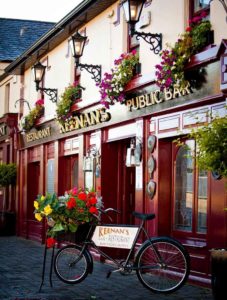 Based on the recent Emmy award nominations, the popularity of the hit show “Normal People” shows no sign of abating. Much like the Skelligs in Kerry saw a huge upturn in tourism on the back of the Star Wars films locating some shooting there, Sligo is likely to become more popular on the back of Connell and Marianne’s antics as well. But the thing about that is – if tourists land on these shores looking for the pub where they held the new year party, would they really know the difference if they were directed into Shivnan’s? Why not go the whole hog and plonk a sign on the N4 into Ballyfarnon, build a big theme park dedicated to the show, and snatch all the tourists before they ever get to Sligo?

It’s so brilliant, it’s like something Trump himself would have imagined.