Hilda still hail and hearty at 100 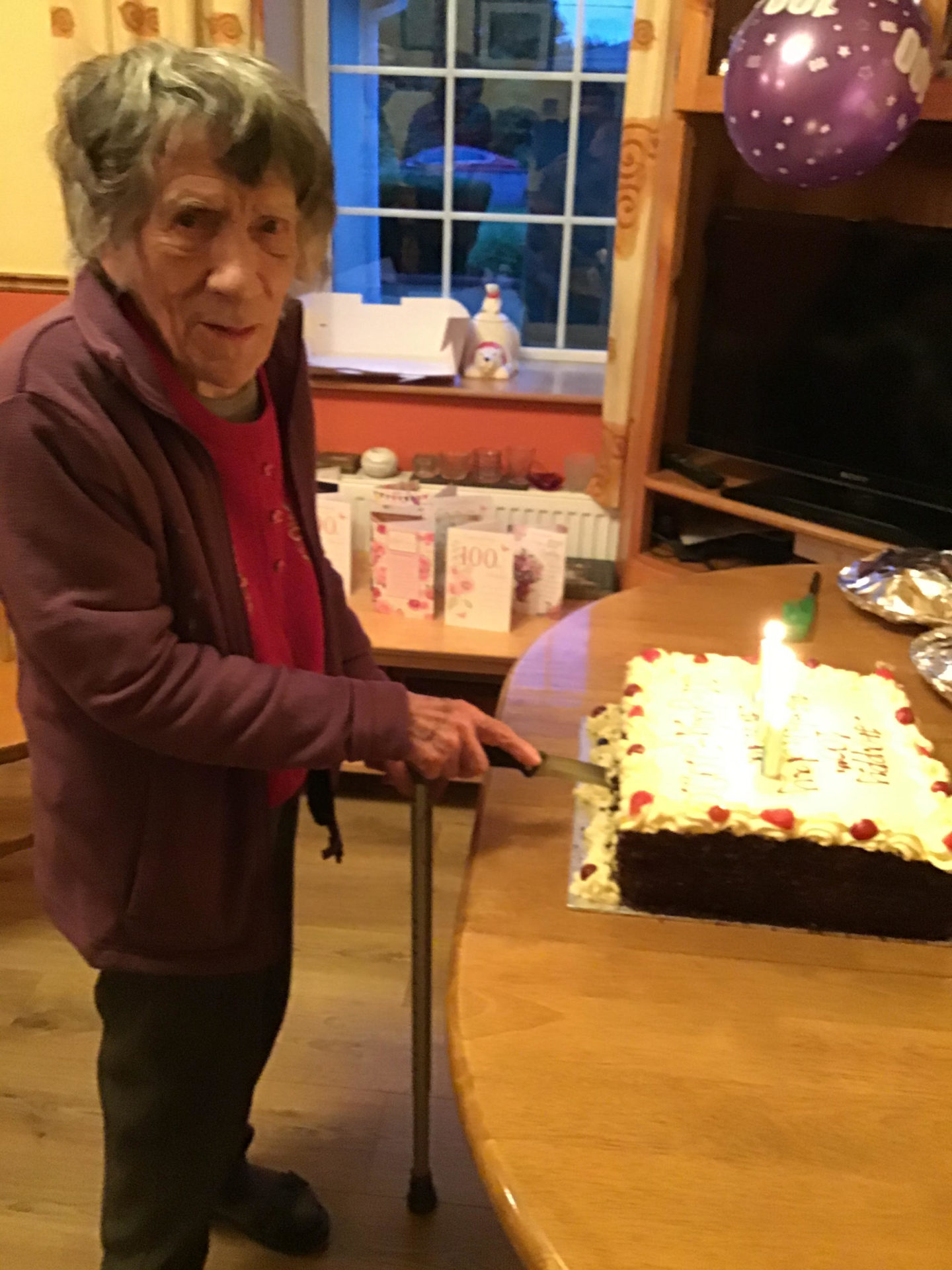 Hilda Kelly McGowan of Carraghs, Ballinlough, who reached the age of 100 last week.

Heartiest congratulations to Hilda Kelly McGowan of Carraghs, Ballinlough, who reached the age of 100 last week. Hilda, a native of Carraghs, left the village to move to Longford, where her husband Vincent, a native of Templeboy, County Sligo, worked in the Post Office. They resided there for three years before emigrating to the UK, where they spent the next several decades, living in Birmingham. When they reached retirement age, Hilda and Vincent returned to live in Carraghs. Following Vincent’s death a few years later, Hilda lived for many years on her own before, in the last few years, moving to Clooncan, where she resides with her nephew Tommy Fitzgerald and his wife Anne.

It was in Tommy and Anne’s house that Hilda celebrated her big event. Extended family, neighbours and friends all called in during the day, to congratulate her. Later that evening a fine party was thrown but, due to Covid, numbers were limited. Nevertheless, it was a most enjoyable evening. Noel Glynn, the well known blind musician from Galway, provided excellent entertainment singing several songs he has released on CD. Hilda’s neighbour Michael Nolan also delivered some humorous recitations. The sprightly and agile centenarian enjoyed all the attention and the party pieces and didn’t retire until it was all over. 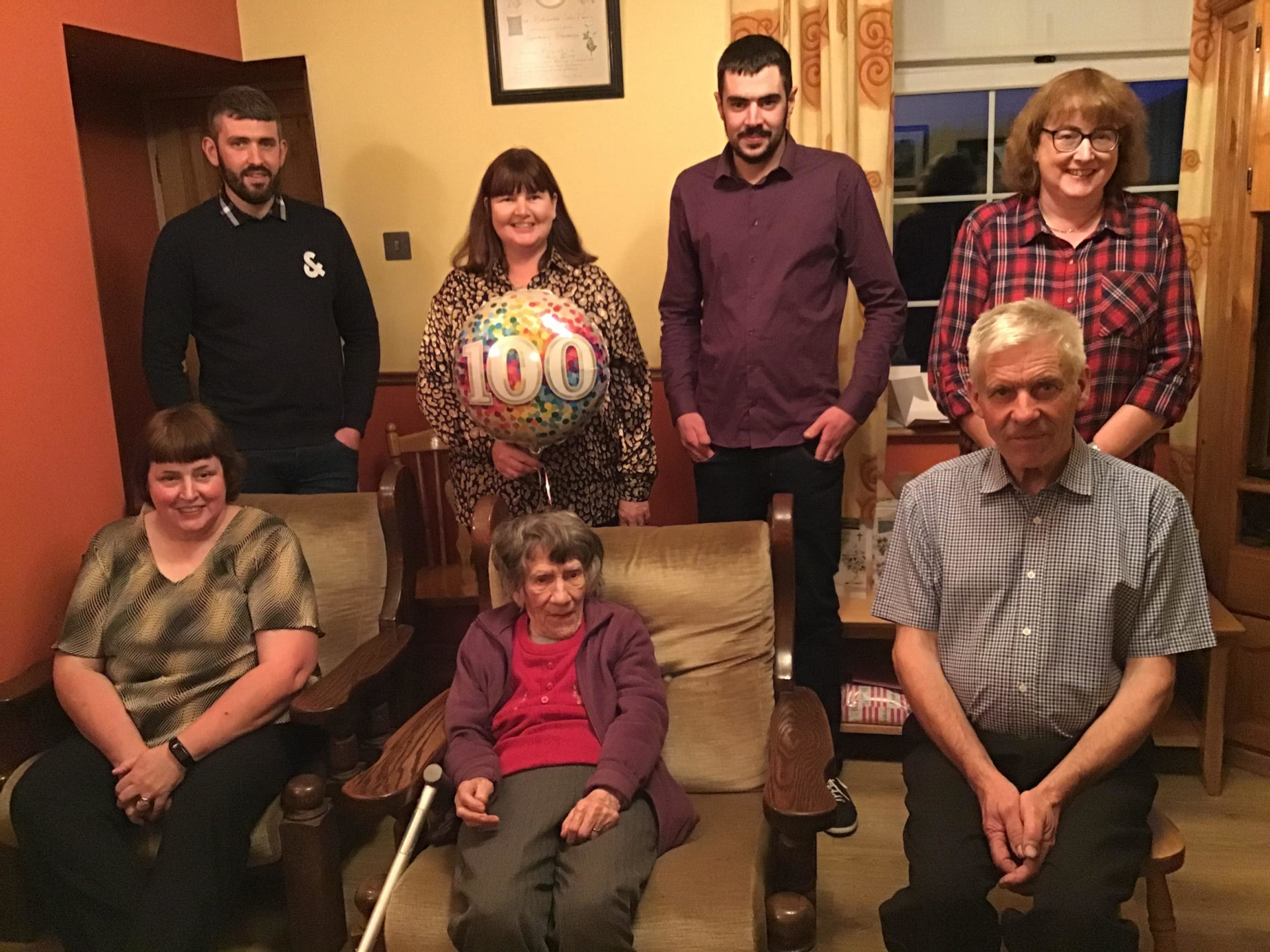 Hilda is in fine health and can even still read without the use of glasses; she eagerly awaits the arrival of the ‘Herald’ each week! If she feels like visiting her neighbours she simply walks to their house unaided. She also has a good memory and loves telling stories of her youth. Hilda was the youngest of 10 children and is the only one still alive. Her brothers were Michael, Johnny, Tom, Willie and Paddy. Her sisters were called Mary, Delia, Emma and Margaret. When she was born in 1920, people were still dying due to the Spanish Flu epidemic. Now, 100 years later, she has lived through the recent pandemic. She also remembers her older relatives speaking of the fear they had of the Black and Tans during the revolutionary period.

Hilda attended Carraghs National School, finishing there at the age of 14. She then worked for a few years in Belfast before returning home. During this time in Carraghs, she took an interest in greyhounds and ended up training and racing several. She brought them to race in Shelbourne Park, Harold’s Cross and other tracks and had some success too. One dog, in particular, proved a winner on a few occasions and she was offered a generous amount of money for him by another trainer. However, she refused the offer as she says she couldn’t bear to be parted from the dog. At her 100th party, however, she did receive a sum of money: local postman John Blighe had the honour of presenting Hilda with the famous cheque from President Michael D. Higgins! Also on the night, Fr. Joe Feeney, PP Ballinlough, paid a special visit and gave her a blessing. Hilda has now created her own piece of history as she is the first person in living memory to reach the grand old age of 100 in either Carraghs or Clooncan.