Plenty of streams to match the weather 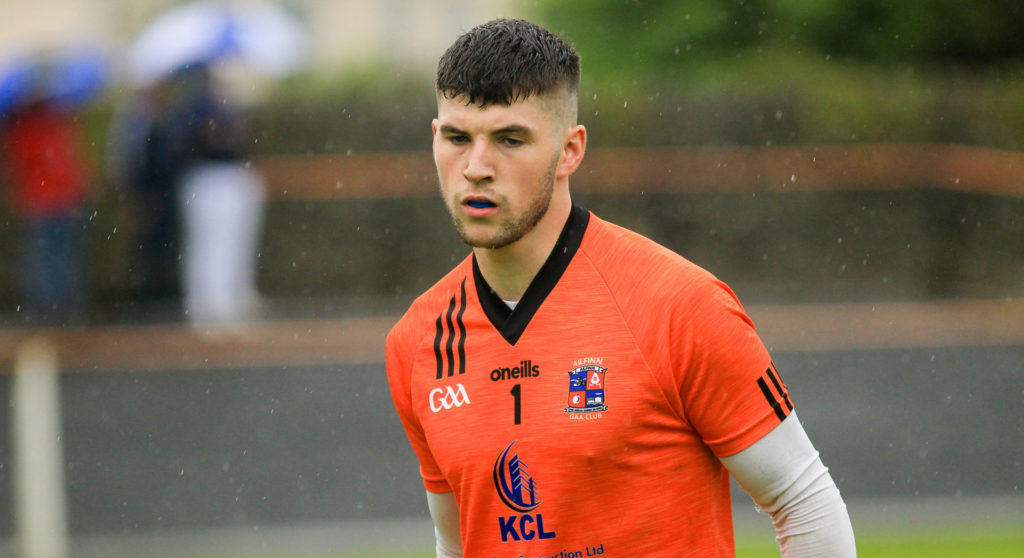 Elphin goalkeeper Aaron Brady shows his disappointment as his side is forced to give second best to Clann na nGael at a damp Orchard Park on Saturday evening. Picture: Bernie O’Farrell

It’s a tough time for supporters who like to get out and about and go to games, but it has never been easier to catch live action from the Roscommon football championships.

Aside from the official streams provided by Roscommon GAA, which took in the Strokestown v St. Brigid’s, Western Gaels v Fuerty and Michael Glaveys v Pádraig Pearses games over the weekend, several clubs in the county have been working hard to make sure none of their supporters miss out.

Elphin v Clann na nGael, Creggs v St. Aidan’s, Éire Óg v Kilmore and the local derby clash between Clann and Pearses in the Junior A championship were all streamed live on social media by some of the clubs involved, meaning that you could have watched seven full games over the weekend without leaving your home.

Perhaps this will be the catalyst that will finally inspire the government to really address the issue of rural broadband!

Clann rise to the challenge

It wasn’t exactly a case of seeing how Liverpool or Manchester United would get on during a wet and windy Wednesday night in Stoke, but Clann na nGael going into the lion’s den of Elphin’s Orchard Park and coming away with a deserved three-point victory was exactly what the doctor ordered from Liam Kearns’ perspective.

Clann have the players to let off the handbrake but silencing a team that were on a high from a big derby win a week earlier will leave the former Tipperary manager with a much better handle on how his players are shaping up for the remainder of the season.

For managers like Kearns, not having the league to get to know his players has been a major hindrance. He’s had to trust his experienced managerial instincts very quickly.

In that regard, he will have been delighted with how his players overturned a one-point interval deficit into a thoroughly deserved 0-11 to 0-8 victory in extremely tough conditions.

Tough to keep the fire burning

In the past, much has been made of how difficult it can be to bounce back from a championship defeat in a week, or sometimes less.

Yet the lesson from the weekend just gone is that it’s not all about the pain of defeat. Sometimes the mental and physical energy expended is the core issue.

The heat and intensity of the first round clash between Boyle and Pádraig Pearses in Round One pulsed out of Woodmount. Yet neither team were at the same physical pitch last weekend.

Éire Óg were absolutely wired for the chance to score a rare championship win over Castlerea St. Kevin’s but then fell flat against Kilmore, while St. Brigid’s and Clann na nGael struggled to come out of their sensational draw in the Hyde.

Both clubs won their games in Round Two, but neither really found their rhythm until the second half of their respective contests against Strokestown and Elphin.

It’s a trend all over the country, not just in Roscommon — that some people privileged enough to be going to matches aren’t exactly following public health guidelines when it comes to social distancing.

Members from different families are mixing freely in stands, especially when the weather forces supporters to run for cover at smaller grounds.

In fairness to host clubs, what steward is going to break up a group of people congregating at a football or hurling match and instruct them to keep two metres apart?

Clubs, as they have been instructed to do, are making announcements through their PA systems about the current public health guidelines in place. But it is sometimes being met with smiles, a wink of the eye and the odd rumbling of giddiness.

Most people aren’t even wearing face coverings. The GAA has recommended the measure but few have taken up the advice.

Roscommon hasn’t reported a case of Covid-19 in over four weeks but the experience of other counties has taught us that things can change very quickly.

Hard to make the step-up

Oughterard got a harsh lesson in the difference between senior and intermediate championship football when they were demolished by Corofin in front of a national audience on TG4, but here in Roscommon too it’s notable that some of the teams that are playing their first season at a higher level are finding it tough to adapt, no doubt in part because of the lack of a league campaign to prepare.

Tulsk have lost two from two and while they almost sneaked a result against Boyle, there were phases in that game, especially in the opening half, where they might have been blown away.

St. Dominic’s easily brushed Ballinameen aside in the intermediate championship and while the reigning junior champions will feel that they have a great chance of picking up a win against St. Barry’s, it’s not easy to bounce back from a 23-point drubbing.

Even at Junior A level, Boyle had their first outing since earning promotion from Junior B last year and they too were crushed, 3-17 to 0-2, by St. Brigid’s in Kiltoom.