Week two is done and dusted, which means that for the majority of football clubs in the county, they’ve already played half their championship season. We all know who are the clubs that will have been happiest with their week’s work, but who are the individual players that can feel most proud of their endeavours?

It’s time for the Roscommon Herald team of the week, the second edition…

He did make one error under a high ball in the first half, and had he been punished by Mike Holland and not reprieved by a great block from Kevin O’Gara, we probably couldn’t pick him here. Yet he more than made up for it with two excellent saves, one as good as you’ll see, while his distribution was superb. One 55 metre pass into the hands of Tim Lambe was worthy of Cluxton, Morgan or Beggan.

Out of the 15 slots in this week’s team, this was probably the trickiest to fill. Michael Fallon of Strokestown had a decent outing against and in-form but inexperienced opponent in Ciarán Sugrue, while John Carty (Éire Óg) and Cathal Kelly (St. Aidan’s) played incredibly well for long stretches but still conceded decent amounts to their direct opponents, largely through no fault of their own. By a slender margin, the vote goes to Cox who didn’t really put a foot wrong in an otherwise anaemic performance from the Boyle club.

In the absence of Mark Richardson, there is pressure on several Pearses defenders to step up as real leaders in that sector. It’s been so far so good for Downey, who controlled the full back position quite well against Michael Glaveys. He’s not a flashy performer, but in this sector of the field, that isn’t required.

The first man to retain his place on the Team of the Week, Dowd was again to the fore of a very strong Western Gaels performance that was built around rock solid defensive play. 0-17 conceded after two games is impressive going for Fergal O’Donnell’s side, comfortably the best such record in the senior championship, and their tenacious young corner back is at the heart of that.

A very Kilmore-like performance was too much for Éire Óg to handle in Loughglynn last Saturday and while Dermot Foley and Derek Connellan are unlucky to miss out on this week’s team due to some slightly better performances in their positions, Garvey gets the nod after putting a superb hour’s work in the half back line, chipping in with a score for good measure. 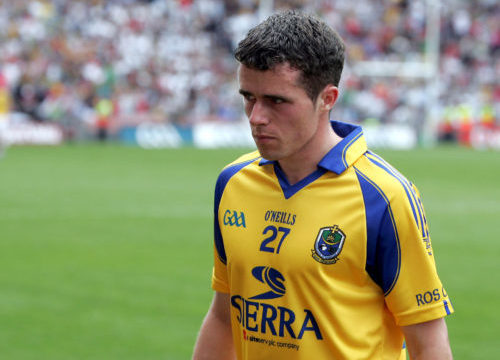 Not the result that the Orchard Park men would have wanted, but they’ll still take a lot of heart from several aspects of their play against Clann na nGael last Saturday night. Higgins’ performance at centre back was certainly a real bright spot for the club, as he controlled that key sector and shut down several Clann attacks. That Clann’s half forward line chipped in with just a single point was in no small part due to Higgins’ efforts for the Elphin cause.

An understated but still very effective performance from Pettit on the left side of the Clann defence was a key factor in their slow but inexorable comeback against Elphin at Orchard Park. Clann’s full back line hasn’t yet found their form in either of their games so far but they gotten very good cover from the next line up last weekend, with Pettit to the forefront of that.

He was one of the heroes in week one after his spectacular equaliser, but against Elphin his late point crowned a superb overall display, where he put in the hard yards and got through a mountain of simple, effective work. His continues resurgence is a huge boost for Clann as a club and for manager Liam Kearns. 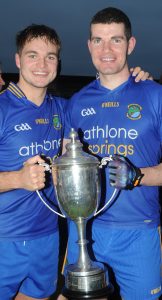 Glennon is the second man to retain his place on this team from week one, and he did this despite moving into a new role at midfield, entirely enforced due to Caoileann Fitzmaurice’s injury. He put in a superb shift on Sunday evening, kicking some excellent frees, acting as playmaker and winning his team’s penalty as well. Anthony Cunningham will no doubt be watching his form with real interest and satisfaction.

Notionally a corner forward, Walsh covered so much ground in his team’s clash with St. Faithleach’s that he could easily be nominated anywhere in the forward line. After shooting 1-7, including 1-3 from play, he simply had to be put in the front six somewhere. He’ll be absolutely crucial to his side’s chances when they face into what is effectively a knockout fixture against St. Aidan’s next time out.

His brother got selected last week but it was the elder Dowd who stood out on Saturday in their win over St. Aidan’s, He put in a super display that featured great scores, precise passes and incisive, pacey runs that caused their opponents real problems.

The ability to watch Roscommon club championship matches on a live stream is immensely valuable to football supporters around the county while severe restrictions on the number of supporters in grounds continues; yet Fallon is the type of player that you need to see firsthand to realise how much time he gives himself on the ball, and the composure and decision making talent that he brings to the table. He was central to a huge amount of St. Brigid’s best work last Friday.

Gillooly came into the Gaels’ tie against St. Croan’s with plenty to prove after misfiring in the opening road, and a wide from his first shot in Kiltoom suggested that he still had demons haunting him. Then he fired in a superb goal and what followed over the next 50 minutes was an exemplary display of corner-forward play.

Two excellent options for left corner forward means that for the second week in a row, the man handed the number 14 jersey on the team of the week didn’t actually play in that position – though it’s not exactly a stretch to line a player like Diarmuid Murtagh out here. He didn’t pull up any trees against St. Aidan’s in round one but was simply outstanding this week, including a wonderful strike to win the game for his club deep into stoppage time. 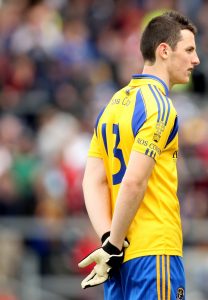 It’ll be interesting to see how St. Dominic’s perform when the standard of opposition improves, but right now they are playing incredibly well and slicing through teams with ease. A huge part of that is their range of scoring forwards, and Keenan was the best of the bunch against Ballinameen. His style of play is great to watch and he’s likely to catch the eye of a lot more people as the season rolls on.