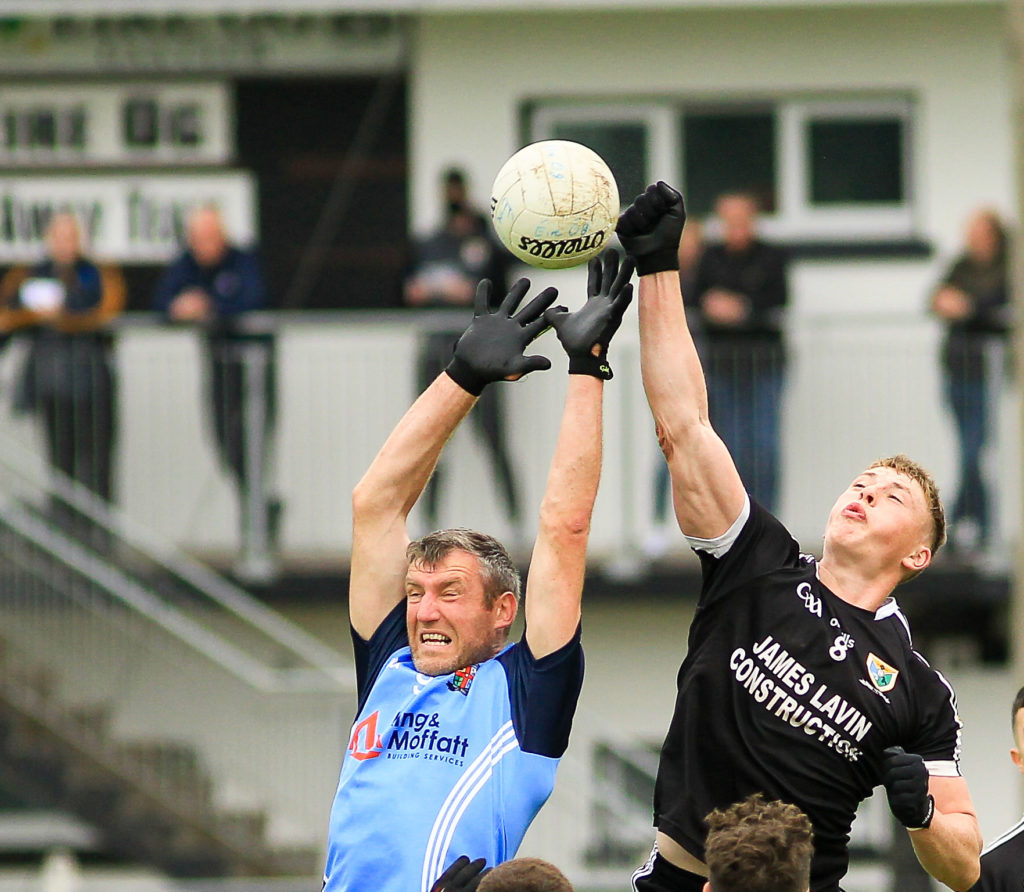 After toasting Éire Óg’s victory against Castlerea a week earlier, Roscommon Herald columnist Canon Liam Devine was brought back down to earth as Kilmore spoiled the party in Loughglynn…

The Loughglynn-based team produced a brilliant performance in dismantling Castlerea St. Kevin’s on Sunday week last. That win established them as favourites for the game with Kilmore in James Timothy Park last Saturday. However, the North Roscommon men hadn’t read the script.

Kilmore teams are always hard to beat.  While the margin of their 2-13 to 0-13 victory might have slightly flattered them on Saturday, there is no doubting that they were the better team on the day.

They used every inch of James Timothy Park as they created space for forwards who pulled the home backs all over the place. They also crowded midfield for the kickouts to ensure that Seán Groarke and Enda Crawley didn’t enjoy the aerial dominance they had against Castlerea. Kilmore won most of the breaks around the middle third of the field.  The home forwards didn’t get the supply of ball that they needed.

I once heard the former Donegal manager Brian McEniff saying that if a team lack hunger, it will be very hard for them to win.

The home side seemed to lack hunger on Saturday. Perhaps it was the tag of being favourites that put pressure on them but the home team didn’t seem as confident on Saturday as in the previous game.

Basic mistakes conceded vital scores, including Kilmore’s first goal in the 30th minute. The first touch let many players down. The wrong options were taken at times and some players soloed into trouble, only to fumble the ball and lose possession.

Conor Cox was once again his team’s top scorer with 0-9, but the full-forward line lacked the scoring power of the injured Liam Creaton.

💙We aren’t preparing for a relegation showdown!

💙We spoiled the party!

Jason McEvoy brought off some brilliant saves between the posts for Kilmore. Jack Sharkey was solid at full-back. The Garvey brothers, Derek Connellan, Brian Connellan and Oisín Boland were outstanding for the winners.

Best for Éire Óg were John Carty at right corner back, Jarlath Lavin and Joseph Hester in the full-back line, while Ciarán Walsh turned in another brilliant performance at right half-back.  Conor Cox was the best of a disappointing forward line and he got best support from Eoghan Walsh and Jason Doory.  Paul Freeman brought off some brilliant marks at midfield when introduced but it was too late to break Kilmore’s late dominance.