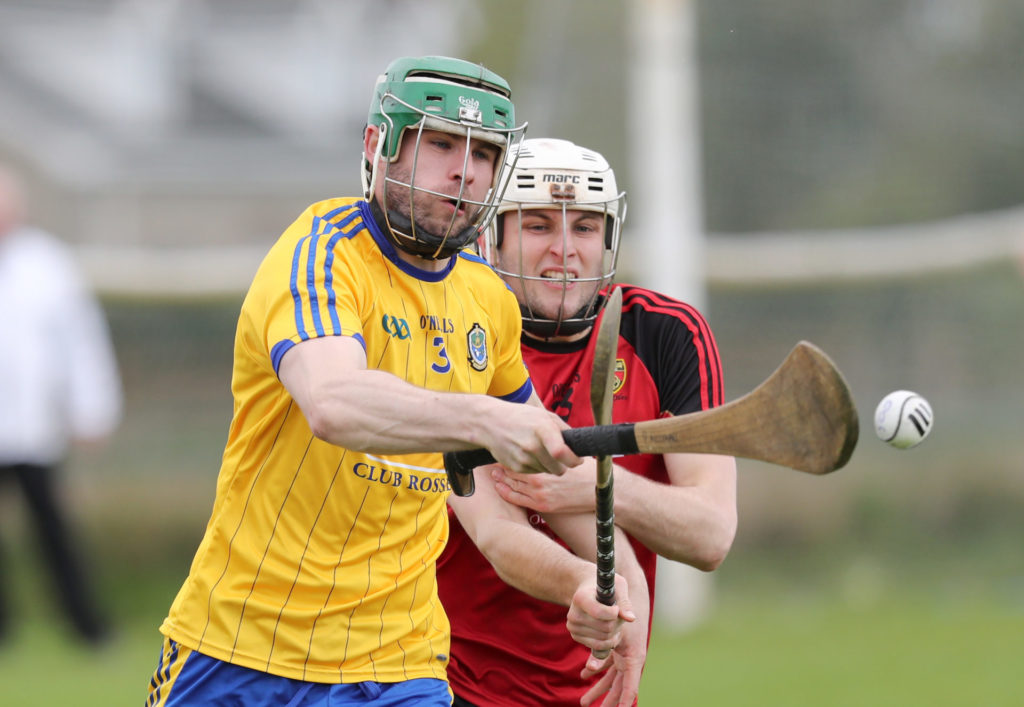 Peter Kellehan was immense for Tremane during this evening’s victory against Athleague.

Tremane sent out a serious statement of intent about their championship credentials this season with a thoroughly deserved 3-20 to 1-16 victory against their neighbours Athleague this evening to confirm their place in the last four of this year’s Roscommon Senior Hurling Championship.

The 2018 champions were second best for long periods as Tremane, now managed by Seamus Qualter who guided Athleague to glory two years ago, were sharper all over the field, hitting 3-12 from play in the Athleague sunshine.

Six players — three from each side — were part of the Fuerty starting line-up against Western Gaels in last weekend’s Roscommon Senior Football Championship, while another, Eamon Bannon, was introduced at half time.

But, with parish bragging rights at stake, players from both sides put their football unity to one side to serve up an extremely competitive hurling match, with plenty of physicality on show.

Two first-half goals from John Brennan laid the platform for Tremane’s victory, and when Cathal Brennan grabbed a third after 38 minutes, the winners never looked back, despite Eoghan Coyle getting a goal back for Athleague.

Peter Kellehan and Niall Keenan were immense for the winners, while Ben McGahon hit 11 frees and one ’65 for Athleague.

Despite this evening’s reversal, Athleague will expect to get back on track in their final group game against Roscommon Gaels.

For Tremane, they’re in the hunt for a first championship title since 1995, based on the evidence of this impressive display.

*For full match report and pictures from this evening’s game, pick up a copy of Tuesday’s Roscommon Herald.