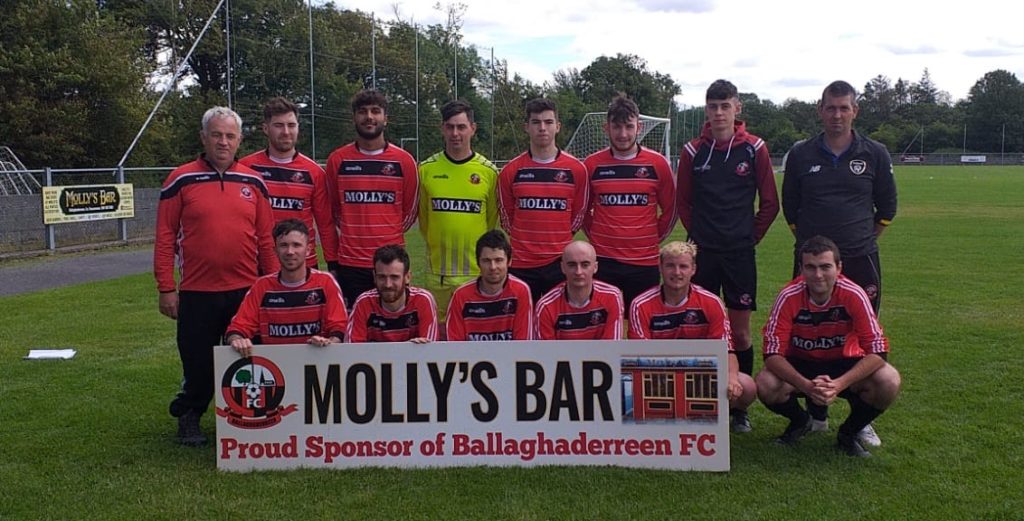 The Ballaghaderreen FC squad have made the semi-finals of the Connacht Shield competition.

Ballaghaderreen are through to the semi-finals of the Connacht Shield following this afternoon’s 4-0 victory against Kiltimagh/Knock United at the Community Park, Ballaghaderreen.

It could have been so different had Ballaghaderreen goalkeeper Dermot Horan not saved an early penalty.

But the home side settled and Patrick Callaghan gave them the lead on the half-hour mark when he converted Cian McCann’s cross.

Five minutes into the second half, Leon Sinnott made it 2-0 before Danny Browne won and converted a penalty to put the game to bed. There was still time for Browne to add a fourth with two minutes remaining to seal Ballaghaderreen’s place in the last four.

There wasn’t such good news for Roscommon and District League teams in the quarter-finals of the Connacht Cup. Castlerea Celtic were beaten 1-0 at home to St. Bernard’s, while Ballinasloe Town were thrashed 6-0 by Westport United.