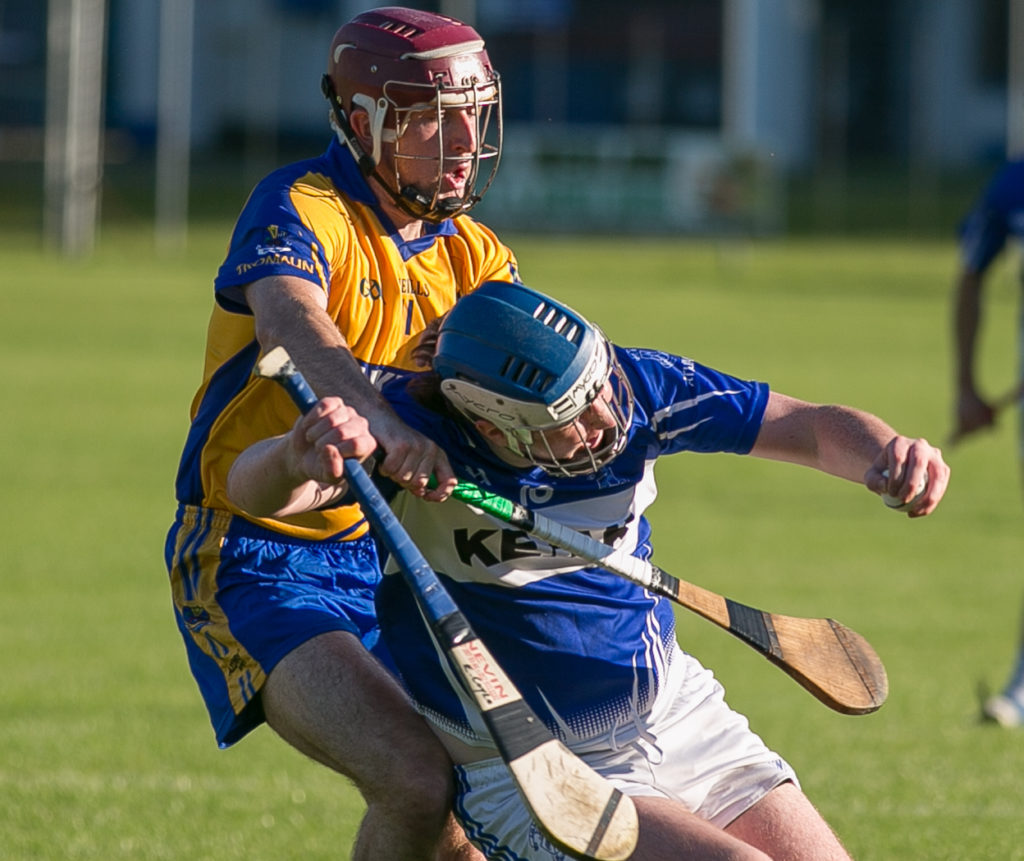 ARE TREMANE THE REAL DEAL?

Twenty-five years after their last senior hurling championship success, there’s something in the water once again around Tremane.

One swallow doesn’t make a summer but there was much to admire about their performance against Athleague on Saturday evening.

They’re a young, skillful team, and that lack of experience may prove to be their undoing as the championship progresses.

But they can hurl, and some of the scores they picked off in the Athleague sunshine were of the highest order.

It’s great to see a club like Tremane emerging from the doldrums, bringing a competitiveness to the local senior hurling championship that was often lacking in the earlier part of the last decade.

ALL FOR ONE WITH FUERTY, DIFFERENT STORY IN HURLING

Players that fought tooth and nail together in Fuerty colours a week earlier end up trying to take lumps out of each other when they pull on their club jersey in hurling.

Six players — three from each side — were part of the Fuerty starting line-up against Western Gaels for the second round of the recent Roscommon Senior Football Championship match at Dr. Hyde Park.

Joe Brennan, Niall Keenan and John Brennan for Tremane; Darragh Heavey, Ben McGahon and Cian Murray for Athleague. Eamon Bannon was introduced for Athleague at half time to bring the number to seven.

And they’ll be back in Fuerty colours next weekend trying to plot Roscommon Gaels’ downfall at Mulhern Park — it’s what makes the GAA so unique.

St. Dominic’s fell into the trap that many sides have fallen into when they’ve locked horns with Oran over the years — getting embroiled in an arm wrestle.

Luckily, from Dominic’s perspective, Oran don’t have the quality they once fielded but it was an eye-opener for Dominic’s who were feeling good about themselves after sharing the spoils against Four Roads in the opening round.

Relentless Oran pressure forced much of Dominic’s attempts at goal off target as they hit 15 wides over the hour. Luckily, Mickey Joe Egan was on song to get his side over the line.

When questions are asked, champions usually find the answers and Four Roads, despite missing a plethora of players that helped them to championship glory in 2019, called on all their experience to quell any notions of a Pádraig Pearses rebellion on Sunday evening.

Joe Mannion’s side have the experience in the form of Shane Curley, John Moran, Jamie Lawlor and Micheál Kelly but it’s the next conveyor belt of talent coming through that should strike fear into the remaining teams vying for honours this season.

James Cunniffe, Adam Donnelly, Donal Kelly, Brian Lawlor, Cormac Coyle and Johnny Mulry are still learning their trade at this level, but when tradition is on your side, it makes the transition to adult hurling appear that little bit more seamless.

IN THE LINE OF DUTY

He did his best to help Oran upset St. Dominic’s on Sunday, but Jerry Fallon still found the energy, and the time, to be linesmen in Woodmount later that evening.

This weekend’s fixtures showed that officials aren’t exactly plentiful on the Roscommon hurling scene. Athleague officer Anthony Flaherty had to step in to take charge of the line for Athleague’s clash against Tremane on Saturday evening.

Then, on Sunday, there were no umpires at one end of the ground when Johnny Cahill threw in the sliothar for St. Dominic’s clash against Oran. The situation was rectified after a few minutes but it demonstrated the pressure boards are under to find officials for these games when there are probably a glut of games in other codes elsewhere.

Jerry Fallon didn’t let the side down, however. He licked his wounds following Oran’s six-point defeat against St. Dominic’s, and was in Woodmount to make sure that all was in order for Pádraig Pearses’ clash against Four Roads.