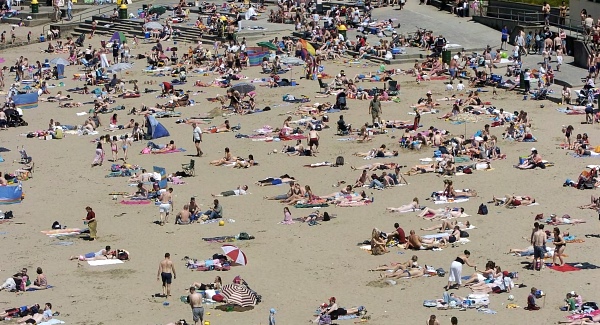 People have been asked to remain cautious when it comes to social distancing after Wexford County Council was forced to close the car parks at Curracloe and Duncannon beaches on Sunday.

The council is urging people to avoid popular beaches in the county as large crowds gathered.

Mr Minogue said: “We estimate that over 7,000 visited Curracloe throughout the course of Saturday and it’s fair to say that the large crowds at many of our beautiful and very popular beaches last weekend exceeded all previous numbers.

“During the weekend Wexford County Council issued a number of messages via radio twitter, etc. appealing to residents and visitors to refrain from visiting the main beaches where possible as the crowds on the beaches made social distancing impossible, and in addition, we had traffic problems on the approach roads due to sheer volumes.

“We are indebted to an Garda Siochána who cooperated closely with us and provided considerable assistance to us in managing the associated traffic throughout the weekend.”

Wexford Fianna Fáil TD James Browne revealed that most beach car parks in the county were full by 11am on Sunday morning.

Mr Browne praised the efforts of the county council as they tried to manage the situation, while also warning people to be mindful of social distancing.

He said: “The council put their traffic management system into place whereby they used counters like you would going into a shop, so when 20 cars left, 20 cars would be allowed in etc. The council only have control of the car park so people were parking further back up the road and walking down.

“Wexford is a tourist county, tourism is critical to our economic survival but obviously health is the most important thing.I would say to anybody, if something doesn’t feel right, it’s probably not. “