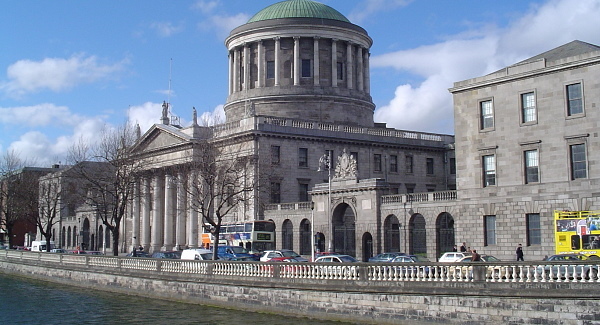 A decision not to consider a home-schooled Leaving Cert student’s application for calculated grades is “unjust and discriminatory”, the High Court has heard.

Elijah Burke, claims the exclusion of home school students from the calculated grades process breaches his rights under the Article 42 of the Constitution and the Education (Welfare) Act 2000.

He claims that as a result of the State’s decision he cannot progress to third level education for at least another year.

The Dept of Education says it is not possible to give Elijah a calculated grade for any of the nine subjects he has studied due to an absence of credible evidence from an appropriate source on which to base a grade.

This is because his tutor, his mother Ms Martina Burke, was in a position of direct conflict of interest and that accepting estimated marks from a family member would undermine the integrity and credibility of the process.

The 18-year-old from Cloonsunna, Castlebar, Co Mayo, is one of ten siblings who have all been educated at home by their mother, a registered teacher who has also worked as an examiner for the State Examinations Commission, who have all excelled academically.

The Minister, represented by Nuala Butler SC and Joseph O’Sullivan Bl, has opposed the application and denies that the measures put in place regarding the 2020 Leaving Cert amount to breach of Elijah’s rights.

They say they cannot accept marks from a teacher who is closely related to a student, irrespective if they are being home schooled or in a school.

The Minister also argues while Elijah’s Leaving Cert has been delayed it is not being denied to him.

In his judicial review proceedings against the Minister Elijah seeks various orders and declarations, including orders compelling the Minister to determine his application for calculated grades.

Opening the case before Mr Justice Charles Meenan on Wednesday Paul O Higgins SC, appearing with Brendan Hennessy Bl instructed by solicitor Eileen McCabe, for Elijah said his client is a “highly gifted student” who has excelled not only in his studies but also in extracurricular actives such as music and debating.

Elijah hopes to continues his studies at NUI Galway, and had applied to do a degree in either Biomedical Sciences or History with Music. Elijah believes he would attain the required number of points in his exams to study either course.

The Minister, Elijah claims, has acted unlawfully in failing to have in place a process for receiving and determining applications for calculated grades for pupils home schooled by a parent, or a relative.

The court heard that there are a small number of students in a similar position to Elijah, approximately 10 others.

Counsel said that provision should have been made for him and the others home schooled by relatives to be treated the same as the other 60,000 students due to sit the exams.

The absolute prohibition on all close relatives acting as a tutor for the calculated grades system in the context of home-schooled students, “is destructive to” and “negates Elijah’s fundamental right to an education” counsel added.

While the calculated grades guidelines preclude accepting estimated grades for home schooled students from a teacher or tutor who is a close relative, that could be resolved by an independent teacher or principal assessing the evidence to determine if calculated grade could be provided, it is argued.

Counsel said that it is their case “credible evidence” available in school, upon which he could be assessed by an independent teacher.

This includes his mock exams, as well as examinations and assessments of Elijah, an accomplished pianist, conducted by the Royal Irish Academy of Music.

Counsel said a system is in place to provide calculated grades for pupils who have been taught by teachers they are related to.

The Minister had not put a system in place for students educated at home, counsel added.

Mr O’Higgins also told the court that his client has a legitimate expectation that he would have received a calculated grade.

In a press release after the decision was taken by the Government not to go ahead with the Leaving Cert the then Minister for Education Joe McHugh announced that “all” students intending to sit the exam would get calculated grades.

It was not certain if persons in the same situation as Eliijah had been discussed at cabinet level and if the decision not to give those home schooled by a parent was an administrative one counsel added.

60% increase last month in number of overseas visitors to Ireland